It all started last Friday when I arrived in Trabzon. My Warm Shower host Nurulla came to pick me up as we had agreed at the end of the afternoon. We also agreed via watsapp that I would at least be able to stay a month with him. 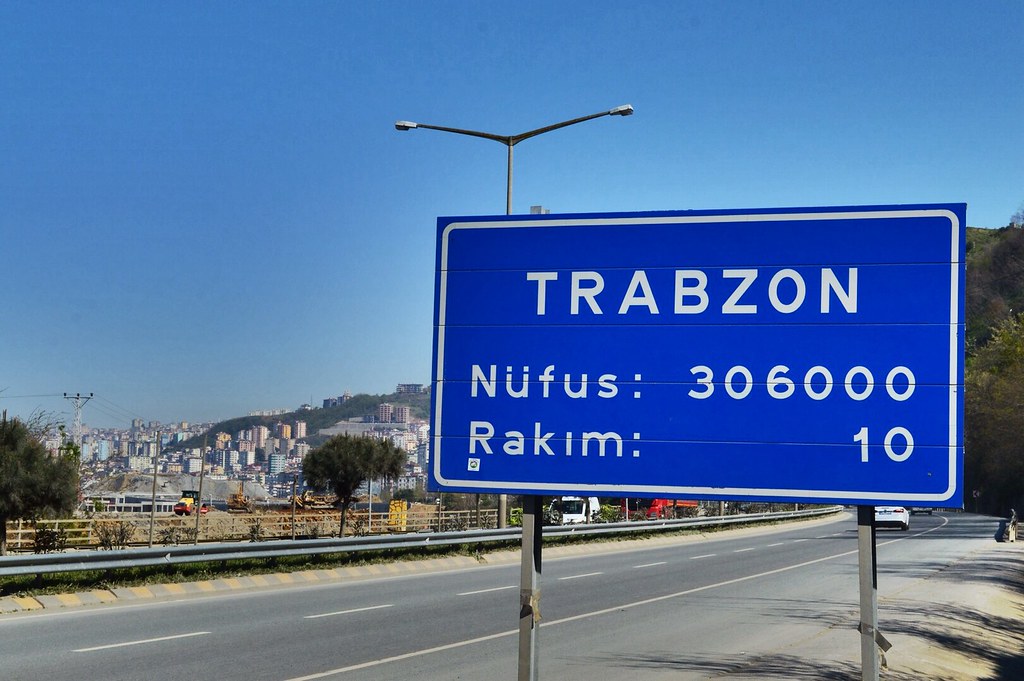 The previous day I was asked to do an interview for the ANP (Dutch Press Agency) in Trabzon. It would be a sequel to the video of my departure from Rotterdam. The question now was whether I was open to do an interview in Trabzon, and also taking some bicycle pictures in and around the city.

Now that I had the security of a host I gave Nurulla’s address to the camera team who came all the way from Istanbul to Trabzon to conduct the interview. The appointed time was Monday at 11:00AM in the morning.

After two nights sleeping in Nurulla’s living room a nightmare began. “I will be gone for nine days and my roommates do not want you here, so you have to leave,” he began. And continued, “but don’t worry you can stay at my friend Ahmet’s place in the center.”

I just didn’t know what to say. What now?

With my mind in tension of the camera team the next day, I did not want to be even more dependent on someone who I didn’t know yet. I made the decision, I searched for the cheapest hostel in Trabzon (there is only one called Adelante, I came to realize) to stay one night there and to be sure that I could receive the camera team in a proper place. I just arrived at the hostel when Akif called, the producer of the camera team: “Are you busy Henk? We are going to check the spots for the shooting tomorrow. Is that OK?” I had to do very little than to process that my host just run away. So no problem for a meeting and five minutes later they picked me up in a black Passat. We passed many name signs along the coast of the Black Sea in Trabzon and later we drove to a village called Acisu in the mountains. Here we would shoot some images of the mountainous nature. Each time I had to approve the spots.

“You want to eat, Henk?” asked Akif. In Turkey, I learned never to store something off, so we went to dinner.

Acisu is known for the magic water. It tastes like water with gas, maybe it is water with gas. The restaurant owner wanted to join me in a photo. The intention was that I as the ‘Hollanda bisikletçiler’ took a sip of the water. He would put the photo in the local newspaper. It was getting crazier. Normally I lie camping somewhere by myself between plastic bags, but today was different.

“You want to sleep here in the mountains?” Akif asked me. I have read the book Yes Man twice, so yeah I was going to sleep in the mountains. Then we went to get my bike and stuff, which totally did not fit in that Passat. 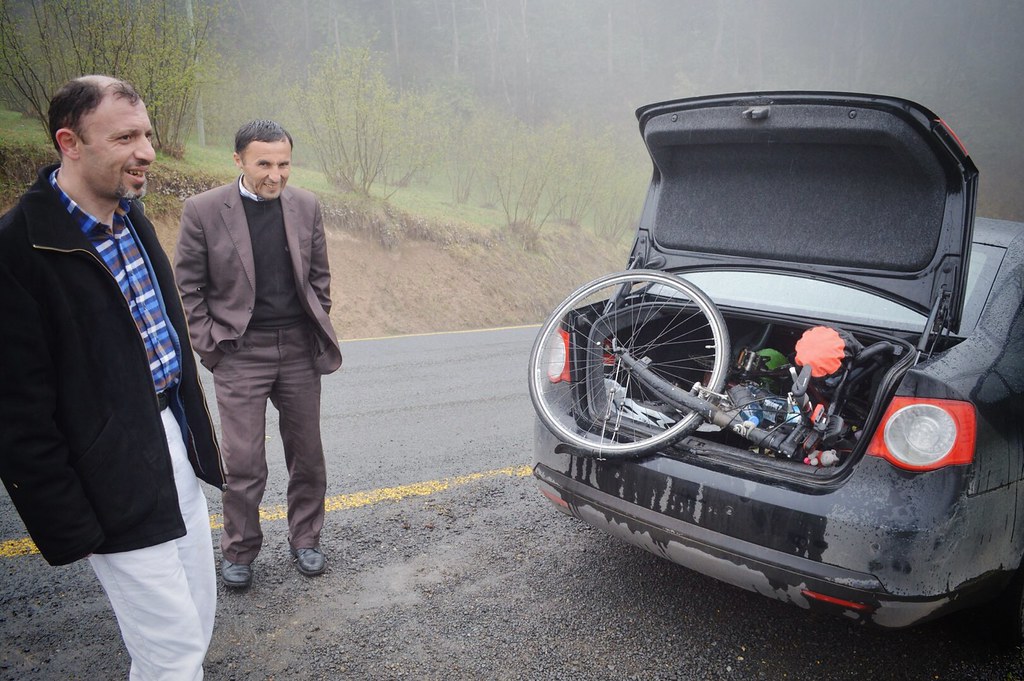 Back in Acisu, which was 60 kilometers from Trabzon away, we went for tea. This happened in a teahouse at least on a 1600 meters altitude in the mountains. Later in the evening I was taken to my room, where the next day I would have a magnificent view over the mountians. Unfortunately, the only thing I saw the next morning was a layer of thick fog, it was going to be a rainy day. 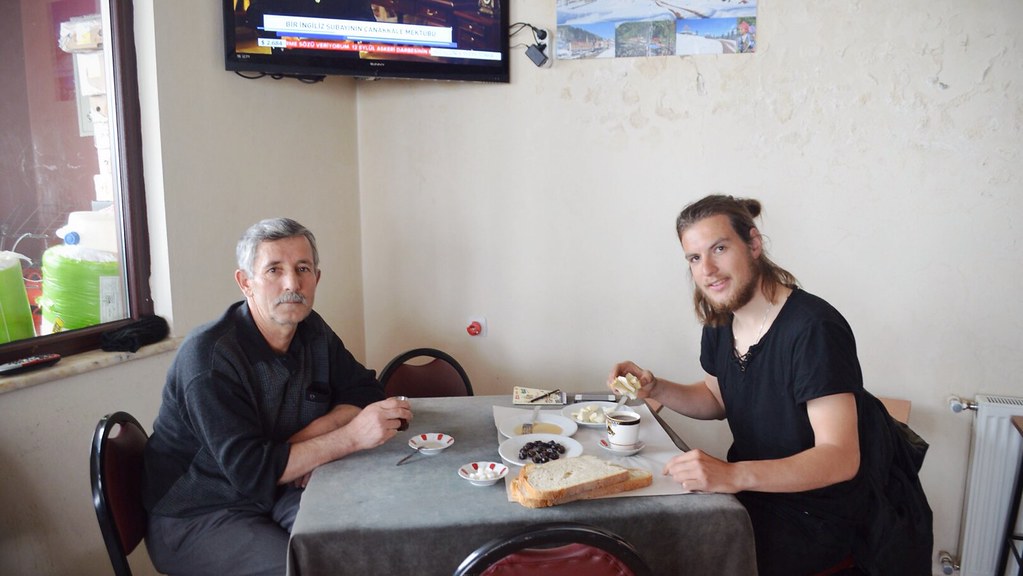 After breakfast we started shooting. It would be a long day. By now everyone in the village knew that some white boy on a red bicycle with his blue coat was a Dutch cyclist, who was on his way to Singapore. 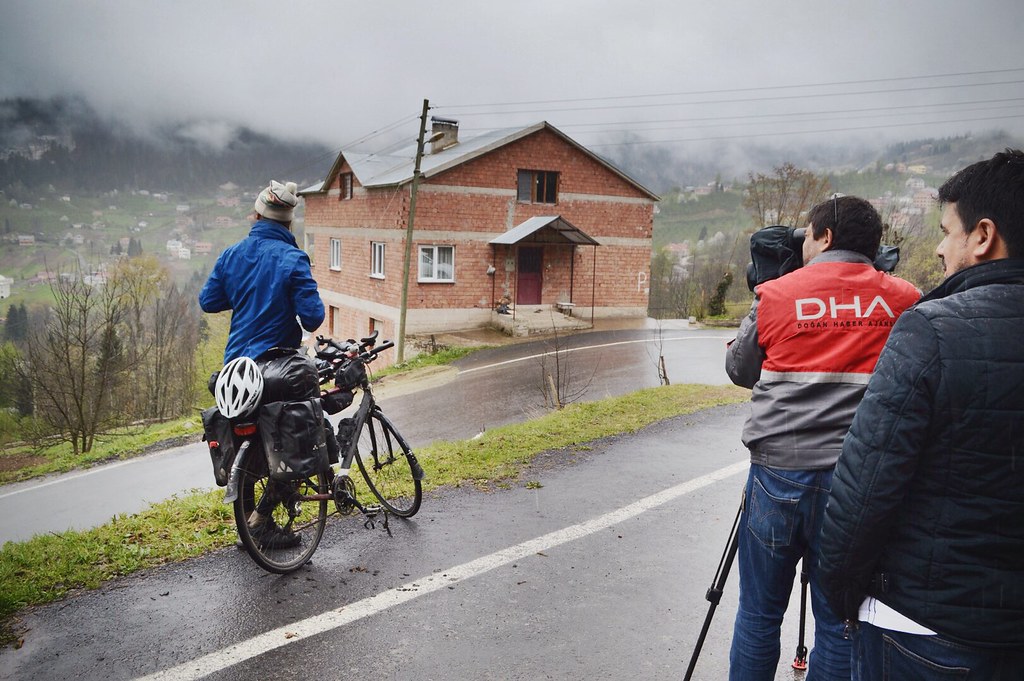 The day passed a little chaotic. Every time we drived to another place to handle some interview questions and shooting some cycle images. 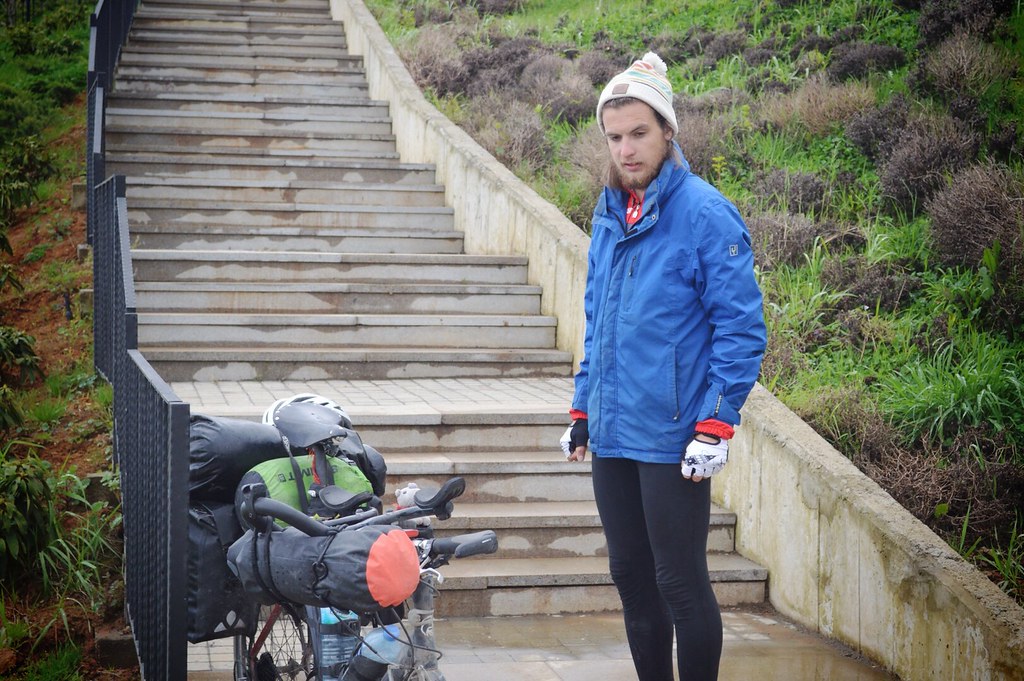 Later that day they brought me back to the hostel to get some rest after everything that happened in recent days. My hostess on the left with a traditonal Turkish family who live next to the hostel. 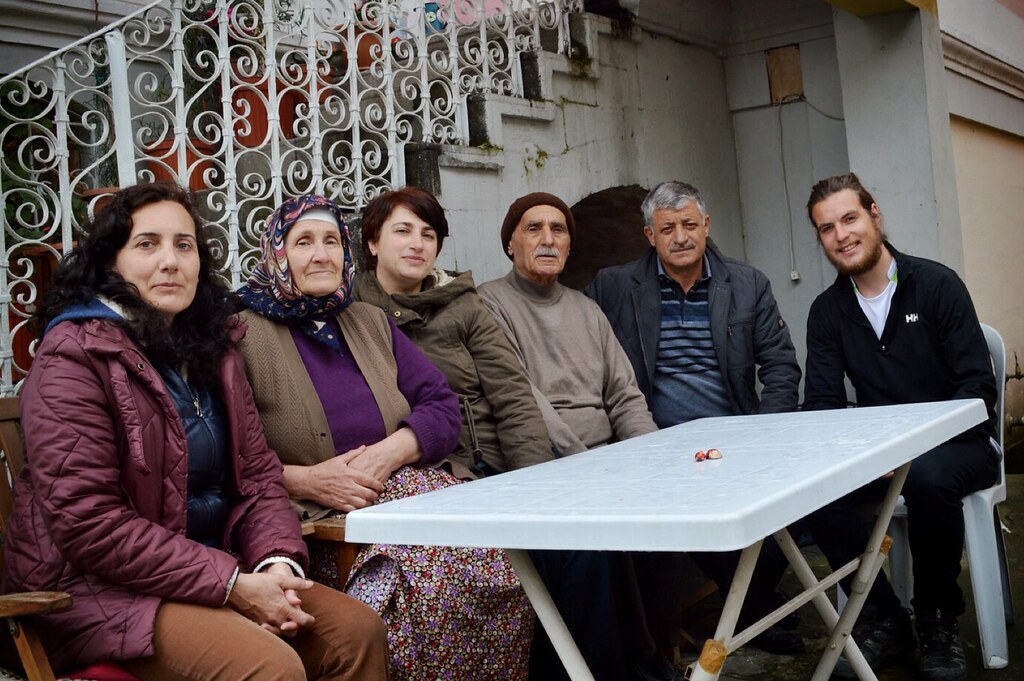 Now I could finally arrange my Iranian visa.