Curiosity brought you here: Home › Adventures › Longboarding in India (2017) › My Iranian friend married in India and I was at the wedding

“Run! Run! Your train is leaving!” Shouts an Indian man who is guiding me towards the platform. I just jumped out of a tuctuc. My train leaves at 6:45am and it’s now 6:45am. For the first time in my life I’m at the train station in New Delhi. No idea where to go. For the Indian chaos I have no attention. I am now part of it myself. “Run faster! Faster!” Shouts the man. I really don’t know where to go. The man says platform 16. I don’t trust him. I show my ticket to the security guy. He confirms platform 16. The clock is now ticking 6:47am. “I told you it was 16. Now go! Go!” And so I run with my enthusiastic helper, who probably will soon ask me for money.

Ok, let’s go back a little bit. Because New Delhi in India? How I ended up here?

A few weeks ago I opened my mailbox with a surprising e-mail. It came from Negar, a friend in Tehran in Iran. I met her during my bicycle journey.

Dear Henk, I would like to invite you to my wedding party in India 18th March.
Actually you gave me the courage to go for my dreams and started my trips from India where I fell in love and now Im going there for ceremoney. Me and Shivam would love to have you in our wedding party. Best wishes, Negar

I hesitated. India? A wedding? And right then I realized that I no longer doubted about going there. I wanted to make it an adventure. India isn’t a country where I come every day. I thought directly about my skateboard. I had a blast in Scotland. And it’s easy to take it on a plane. And how would it be to go skateboarding in the Himalayas? Everyone I talk to said that the idea was really stupid. Because the roads in India are bad, traffic is dangerous and how can you skateboard in fierce mountains? I didn’t care too much. If it wouldn’t work, I was probably the only traveler across India who walked around with a skateboard.

I just wanted to try.

On March 17, I flew to New Delhi. Took a taxi to Shivam. Got out and jumped enthusiastically on my skateboard. Within five minutes I had 20 ferocious barking street dogs behind me. Help! Nobody had warned me about street dogs!

Not much later I was lying next to the snoring cousin of Shivam on a double bed. Outside the street dogs barked. I was still full of adrenaline and in 4 hours they would wake me up for the wedding.

The wedding was beautiful. I was invited for the whole day. The day began with a ceremony in a temple in Delhi. 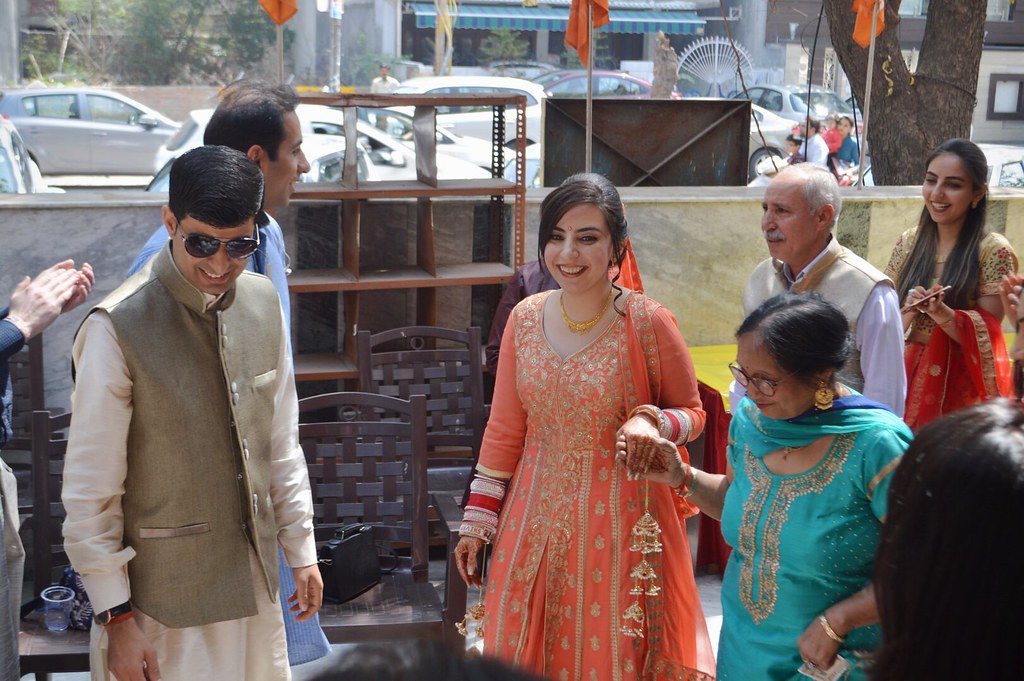 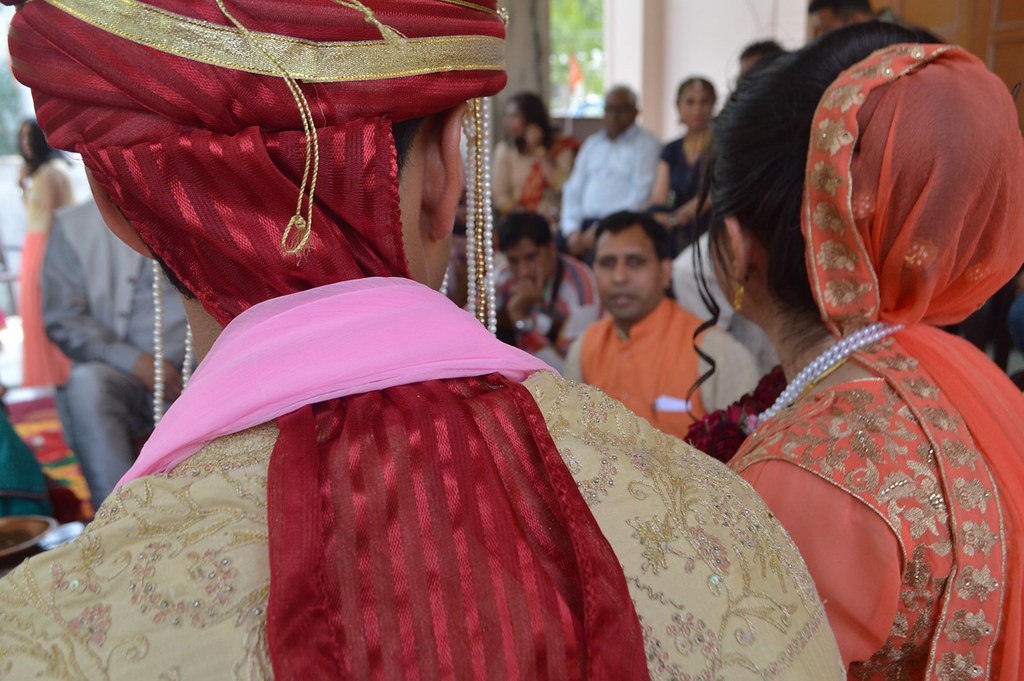 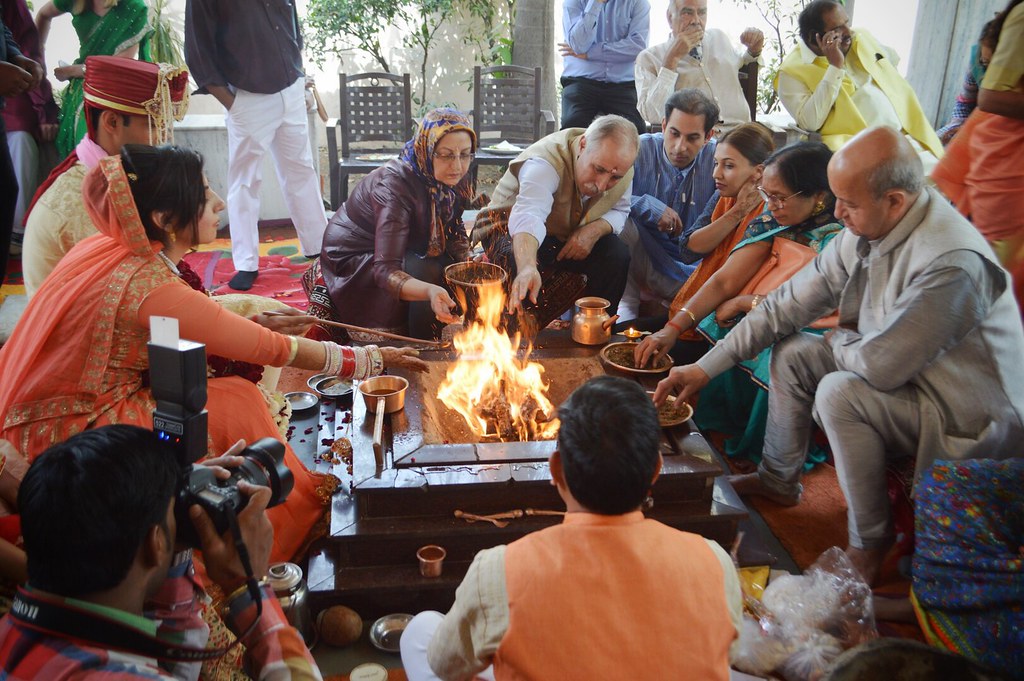 Then we went for lunch and I could catch some sleep later in the afternoon. In the evening there was a reception with delicious food again.

The following day we went to visit the Taj Mahal. And though I have an allergy to big tourist attractions, this building was really impressive. 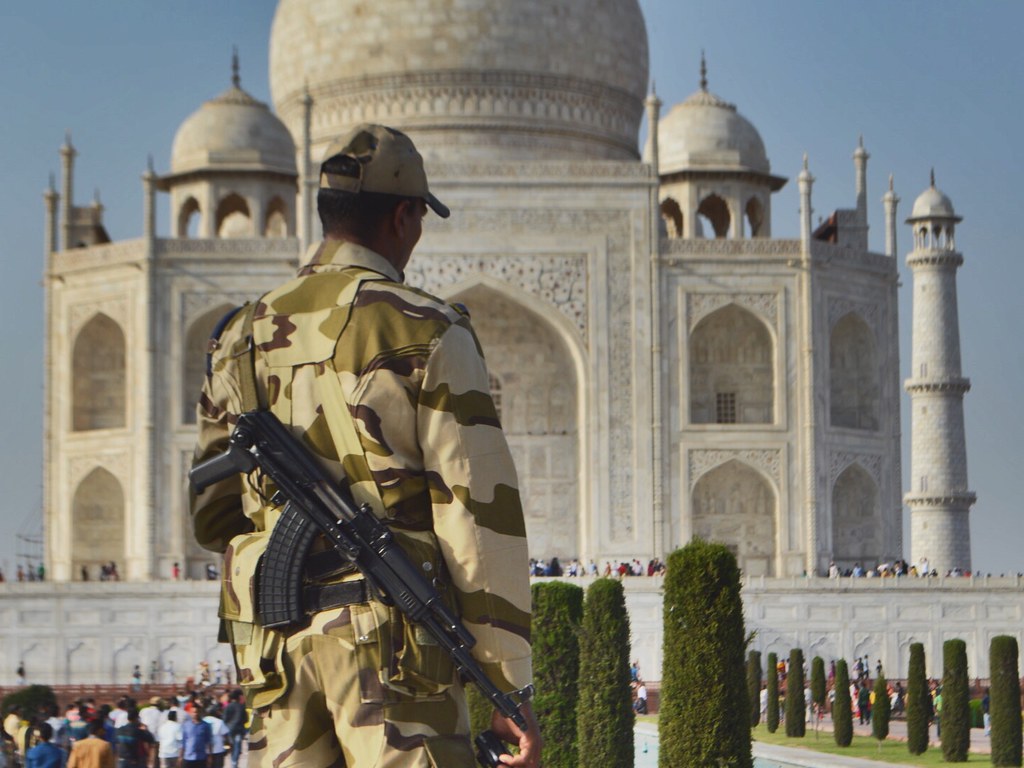 It was time to go to the north. Shivam had booked me a train at 6:45am the next morning. I was going to Haridwār, a holy place on the edge of the Himalayas. Early in the morning I was deposed by Shivam at a central tuctuc place. The tuctuc are small vehicles and can go quickly through the busy traffic. The tuctuc drove away at 6:20am and it was a 20-30 minutes ride. I was toe-curling. Was it even possible to catch that train?

“Run faster. Faster!” Shouts the man. We run together into platform 16. The train just left. “Jump!”, shouts the man, “And give me money!” I quickly pull a note of 500 rupees from my pocket and put it into his hand. I jump on the moving train. “Give me 200 more! I run fast for you!” I look at him from the train and shake no. 500 repuus for a 500 meter run should be enough. But I was thankful. He saved me.

I took a deep breath, I did succeed, I was a train ride away from the Himalayas.