“Do you know where I can find the train station?”, I asked from my bike to a staring boy.

I had that suspicion, this is obviously not working. The language barrier is too big here in Uzbekistan. I grab my point-it booklet with pictures and point out a train station. The boy tells me in the for me not understable Uzbek language how I should get there.

I’m in Samarqand in Uzbekistan. I never expected that I would ever look for a train during this journey. Today it was really going to happen. I had no choice at all. After the fall in Iran my bicycle was not in a particularly good state anymore. It went worser and worser. I was driving around with three broken spokes. At some point I just couldn’t go any further. It was over, I really needed someone with the right tools. A tool to loosen my rear discs from the wheel. Actually, I just needed a new rim. A new rear wheel. But how do you ever find a European size rim in Central Asia? 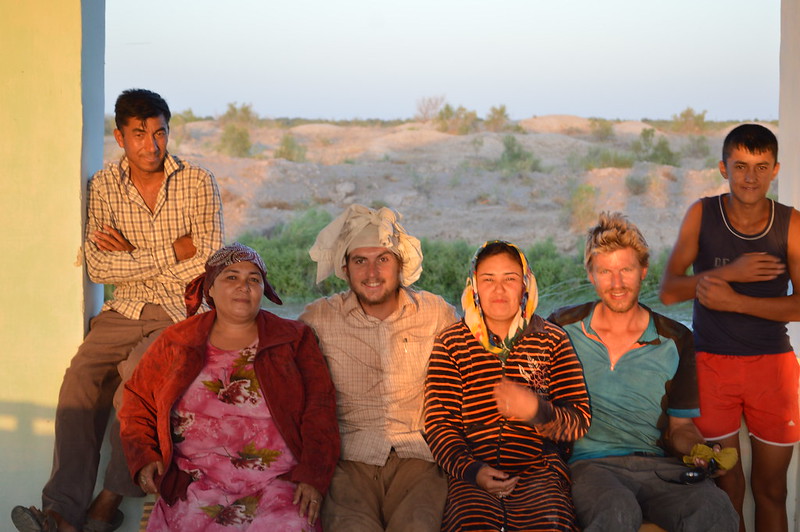 A day after we crossed the border from Turkmenistan to Uzbekistan Ritzo, Ringo and I arrived in Bukhara. We were tipped for a good hostel named Rumi. We needed it, a break and some rest. And a clean shower after a week sweating and river swimming was also something delicious.

Ritzo left on his own the next day and I took the time to purchase a new gadget where I could keep my website up to date with. Everything would be fine with my bicycle because problems I would solve when they occur. In this way I survived for more than five months.

The first morning after secretly camping somewhere, there came three cute girls giving me breakfast at my tent. They lived a little further in a farm and had spotted me yesterday evening. They were curiously looking around at my stuff and told me that I had to look out for dangerous snakes here. The second day, 180 kilometer after Bukhara it went wrong. An spoke broke. Later another one. When finally a third spoke collapsed the fun was about to stop. I was between farming villages, in the middle of nowhere and couldn’t ride my bicycle anymore. How on earth was I going to fix this problem?

After visiting three bazars I found a number of spokes but couldn’t assemble them in any possible way without a special tool to loosen my gear discs. 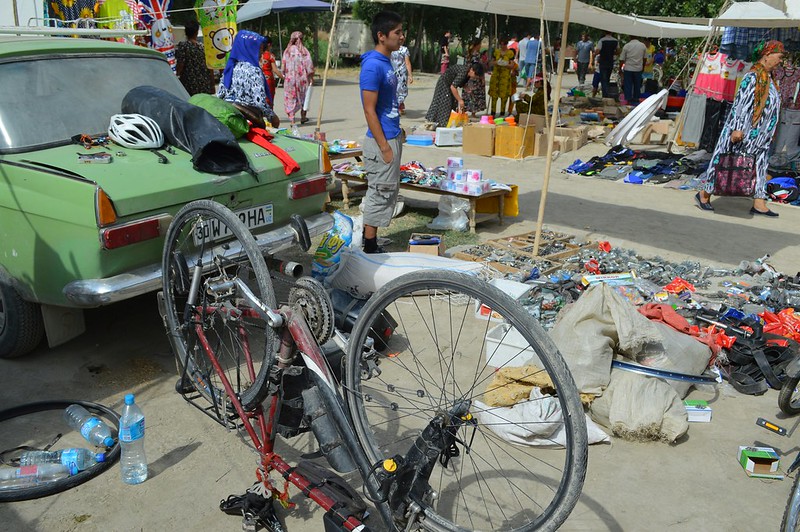 On to Samarqand where I visited three so-called masters (as they call the bike repairers here) that would all send me away without help. I drove around with taxis from master to master. They all asked triple of the normal price because they think that all tourists are millionaires. That money I had saved in Iran by the hospitality I would spend here very quickly. In addition, I also had a registration requirement in Uzbekistan, which means you need to stay somewhere every night in a hostel or hotel or you risk a fine at the border.

I was used to the Iran culture but this was looking like a slightly different world!

When I finally found the only man in the region who could do it, he turned out to be a weekend in the mountains. So at that point I decided to do something on a certain morning that I had strictly forbidden to do. Unfortunately I had no choice. I had to go to the capital Tashkent because that was probably the only place in Uzbekistan where they could loosen my gear discs. 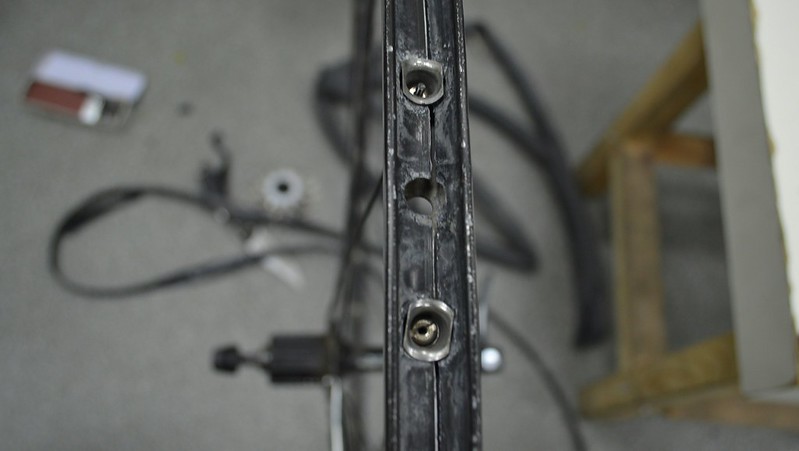 The next day in Tashkent I assemble a new wheel together for the first time in my life. I had never thought this was possible for me. Well, it actually wasn’t. In the evening I came in contact with Igor. Igor turned out to be a good bike repairer with the right tools. Luckily I was landed in the hands of someone who really wanted to help me. The same day at 11:00pm, I drove out his little bike basement with a healthy bicycle again.

Problems were solved once again and fortunately, because I really need it. I’m on my way to Kyrgyzstan, in which the roads are probably not as smooth as in the Netherlands. In Tashkent I met Alexander from Ireland. For the first two days we had to take the same route. And logically, because there is only one road that goes from west to east Uzbekistan. The next morning we drive along a 2200 meter mountain pass. 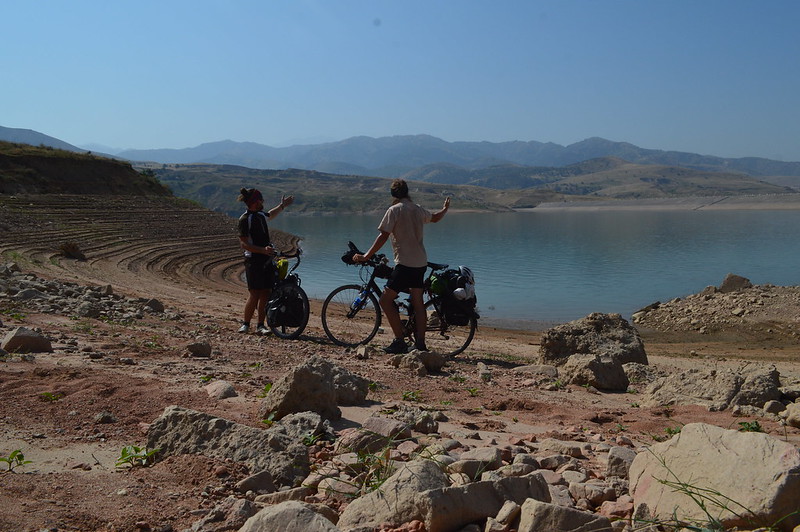 After all the events of the past few weeks I start to feel good again. The environment is not just sand but is starting to look like beautiful mountain landscapes. After three fast days, a farewell to Alexander, I arrive in the city of Farg’ona. I sit down on the ground in the center. Today I stay here, I think. I am going to look for a budget hotel soon.

“Where are you from?” I suddenly hear next to me in perfect English. I look up and see a lady of my age staring at me curiously. “Galandia,” I reply. “My father is working on his new flat, which he is going to rent. You might want to come over and stay there if you want?”, she ask a little bit later in the conversation.

“I really want but in Uzbekistan I need to regi… You know what? I don’t really care. Let’s go.”