It’s dark. I lie in death silent in my tent. At least for five minutes I hear something snooping around. This time it’s not a wild dog. No, it should be something smaller, maybe a big spider. With my head torch I try to capture something of that snooping around creature. Suddenly I hear loud screeching. I freeze for a moment. What was that? Something is walking over the inside of my tent. If I look through the mesh I see yellow feet, not one, not two, an entire row. I get chills. It is there, so close, it seems as large as the length of my hand. I know immediately what it is. A centipede, one of the dangerous animals here in the tropics. This one, I would rather not have inside my tent.

My time in Bangkok was great. From many travelers I heard that the city can leave an overwhelming impression. It is crowded, and there’s a lot going on. Bangkok surprised me in a good way. In many cities, everything is very expensive and in Bangkok I got the feeling that prices weren’t much different from the local villages. 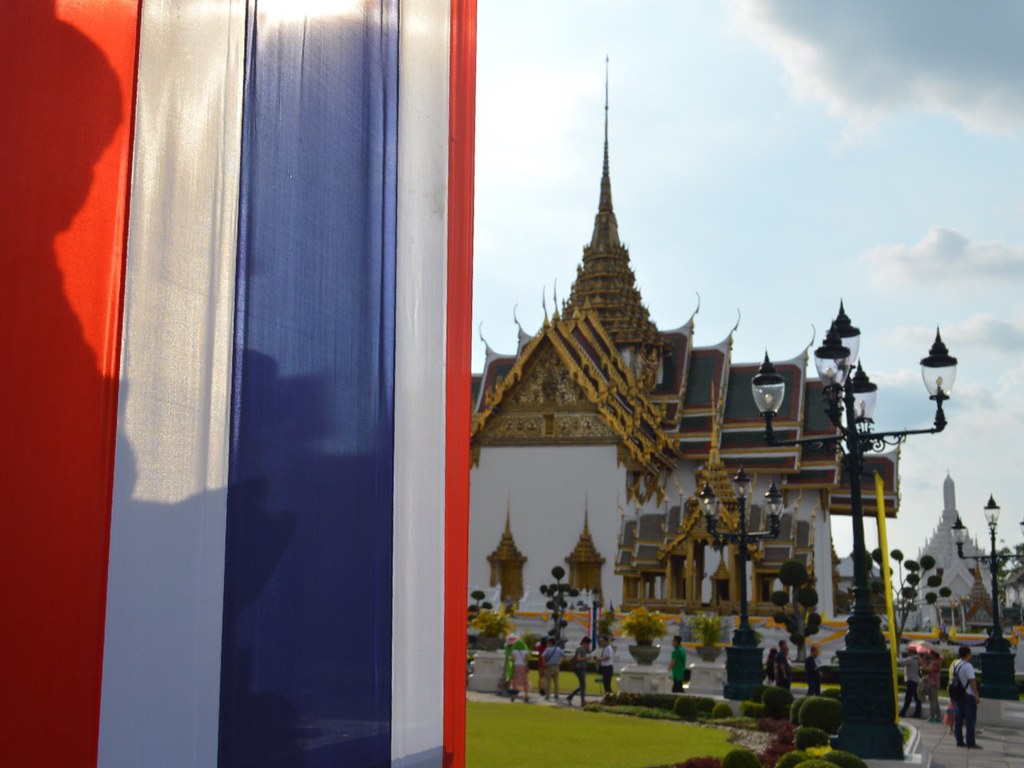 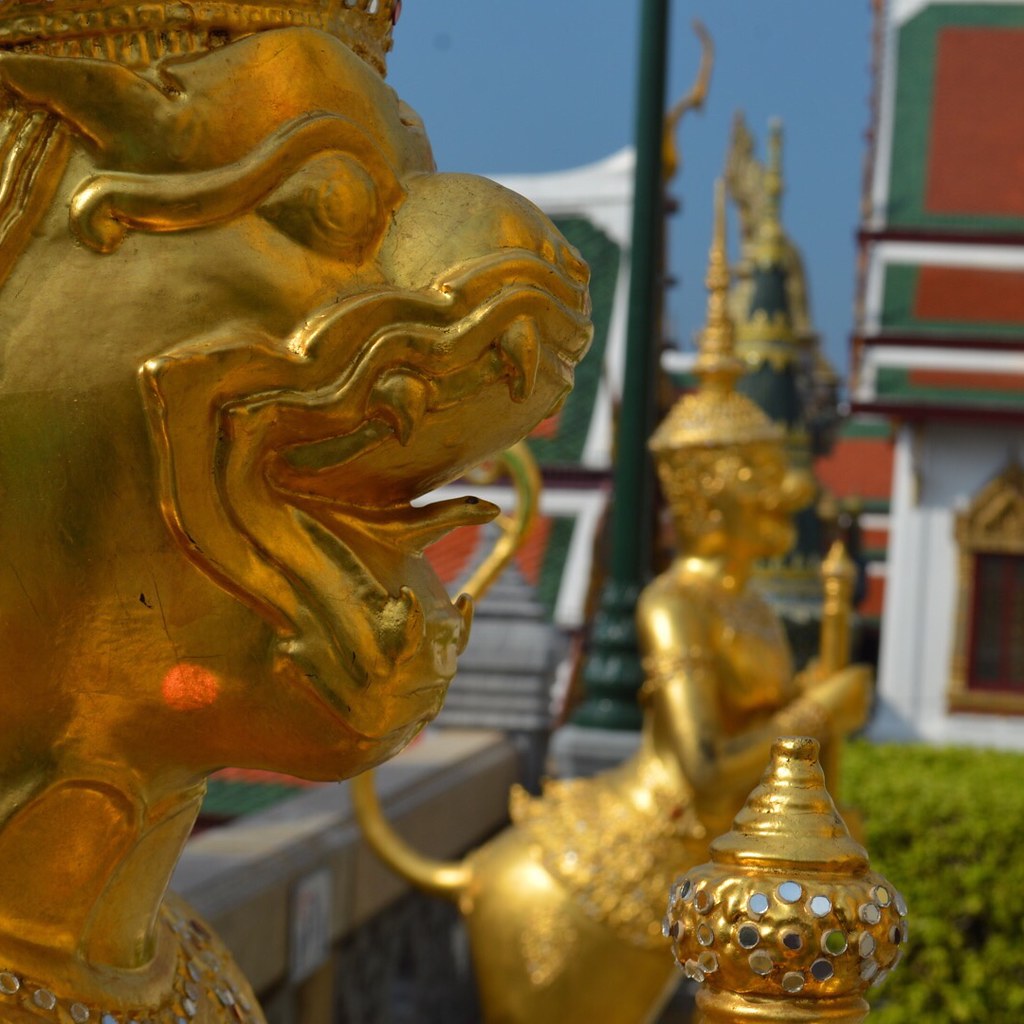 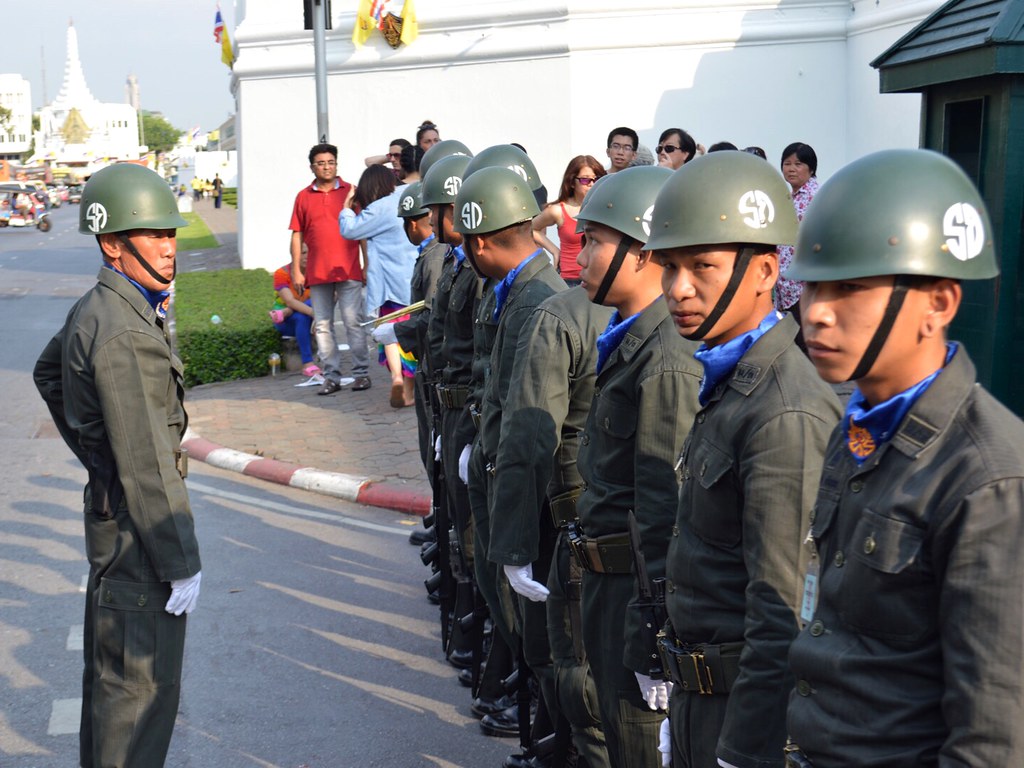 It was a great week with lots of meetings. I met Gaja, a girl from Slovenia. I had seen her earlier in Luang Prabang in Laos. Tom and Sophie, from Belgium, I had met with them when I was backpacking together with Lisa in Yangshou in China. They took me to a sky bar high in the center of Bangkok. Tukby and Jun, Thai people, from the shop where I bought my SIM card in Udon Thani. They had a Samsung meeting in Bangkok and spend one day with me. We went together to the big temple and the palace of the King. And Aniek, an acquaintance from the Netherlands who started her Southeast Asian backpacking trip here in Bangkok. All in all it was really nice, I wasn’t bored for a moment.

Bangkok is in my opinion a great city and also a central point for travelers to start or end their journey in Southeast Asia. It’s alive. In the main street, called Khaosan Road, everything is focused on tourism. From American burgers to fried scorpions, which -by the way- I have not encountered in the local villages yet. You walk two streets away and there is almost no tourists to be seen anymore. Nice markets, Thai massages, just all on the street. And tuctuc drivers that want to bring you to places for three times the taxi fare. The places you probably don’t want to come across at all.

Besides all the travelers I met in Bangkok I had a special encounter. Maybe you remember still Bram, the Dutch guy from Udon Thani. He hosted me for several days in his house there. Bram sended a message to the Dutch embassy in Bangkok saying that I didn’t took that plane from Amsterdam to Bangkok but the second hand bicycle. They responded so enthusiastically that I could be a guest at the embassy with a meeting with the Dutch Ambassador Karel Hartogh. That was real nice for a change. 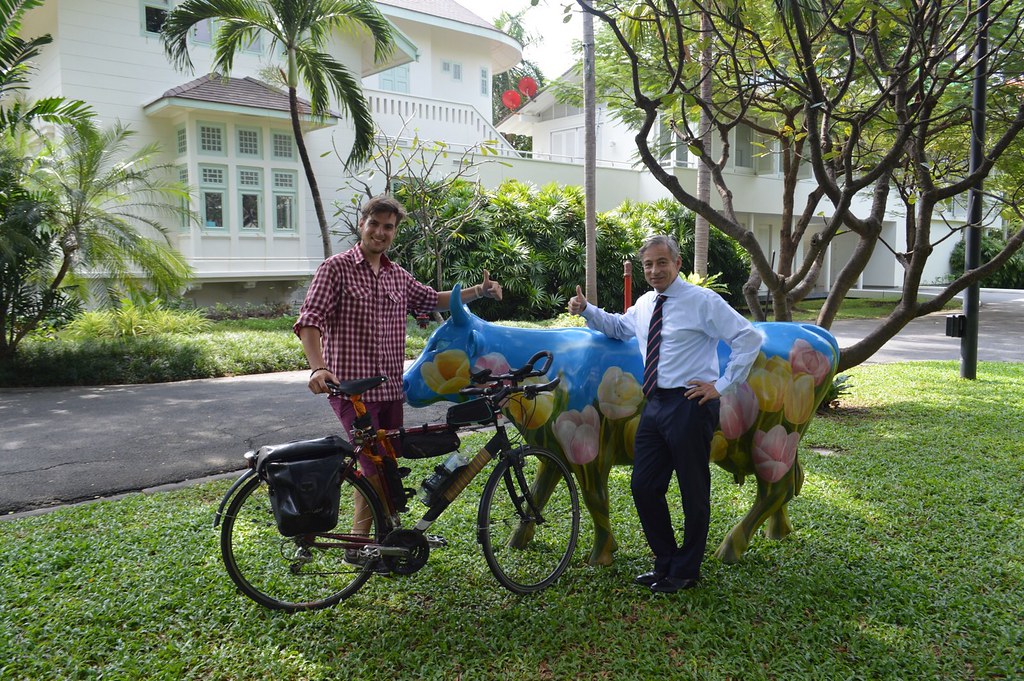 After eight days in Bangkok it was time to move on. I said goodbye to the host at the guesthouse. The gentleman who was so relax that I could just come by every day to say that I probably stayed another night. It didn’t seem to bather him as long as I paid. My own room with a fan for 3.95 euros per night. That was including cockroaches.

And so I left again to move on to Singapore. With mixed feelings because it now came very close. The first day I arrived in Amphawa. I tried to find late in the evening a cheap accommodation.

I drove around being tired. The homestays were way overpriced. So I had to look for a Thai temple. In the first temple I encountered, there was no sign of a monk. A second visit to another one brought me to some very hospitable monks. I could set up my tent next to their tent. Immediately they offered me some bottles of water and food. 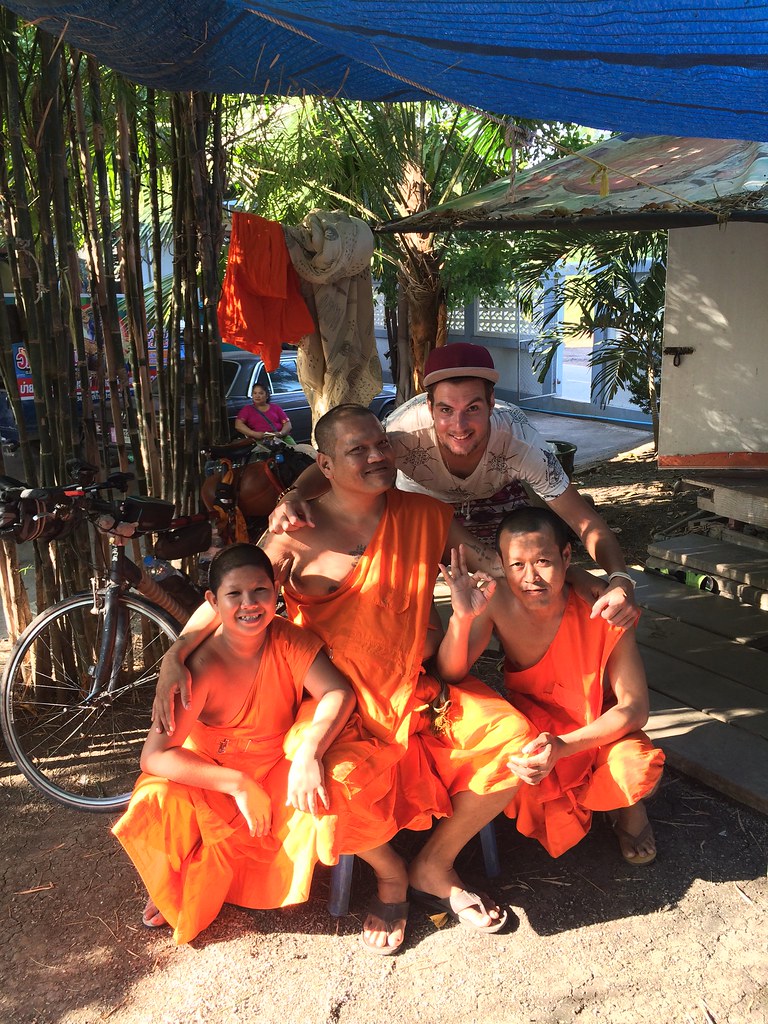 The next day I ended up in one of the pastures on the coast. It was not immediately that beautiful coastline with white beaches and blue sea. No, here the farmers were working. They drove around in little carts to flat the sand and fill the fields with water later on. That night on the edge of a meadow, hidden in the bushes and close to the water, I was terrorized by that big centipede.

Now I’m lying there, motionless, with this creepy visitor. Fortunately, he couldn’t open the zipper of my tent and disappeared shortly afterwards. Not much later I fall asleep. The next morning I cycle on again after carefully checking my bags for the centipede. Fortunately, he was nowhere to be found.

In the afternoon I arrive at a restaurant. 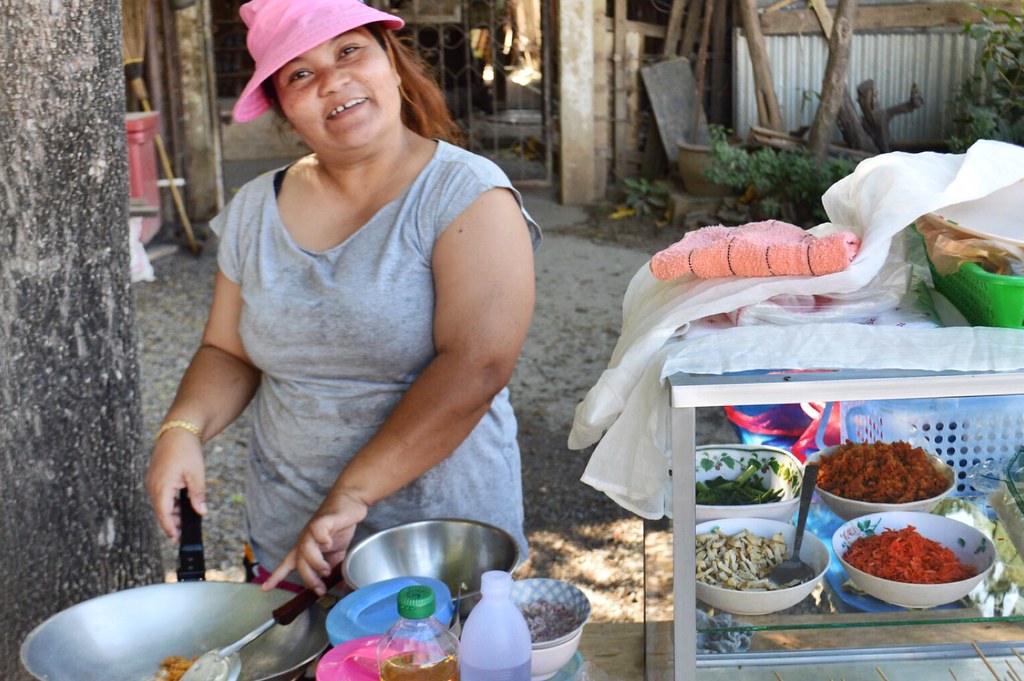 There are always cheerful Thai ladies who want to provide me with a delicious Thai dish. Or a soup with noodles or rice with meat and vegetables, or a banana fried in a jacket. Ice coffee! Ice coffee everywhere! Thailand is a country with a lot of coffee. I make a stop at a restaurant and point out something at the menu board, written in Thai. “You handsome, what you name?” Asks one of the ladies. I know that they come from the north of Thailand. They work here in high season. I tell them my name. “She like you, she want to go with you. You have place on bicycle?” She points to a shy lady behind a large pan. They seem to have a lot of fun out of it and all laugh extremely. I point to my back carrier.