Curiosity brought you here: Home › Adventures › Cycling from Rotterdam to Singapore (2015) › The Causasus & Iran › Splendid but exhausting days in Iran

On a sports field in the village Agarat in Armenia I wake up in the morning. Today is the day, I think, today I’m going to cross the Iranian border. I have read of other stories from bicycle travelers that Iran is one of the most welcoming and safe countries to travel in. I pack my stuff and close the chapter Armenia. To start a new chapter called Iran. A new country with other people, another culture, religion and adventures.

After I crossed the border, I feel happy. I have once again a new stamp in my passport, but on this stamp I’m really proud. It took me some time in Trabzon to get it. I directly get a hitchhike offered but obviously turn it off, it’s a shame to go that fast. Especially now I cycle through beautiful rocky mountains.

I notice quickly that Iranian people are very welcoming. Especially since I’m young and traveling alone. On top of this I received a letter of Saghi, an Iranian follower. She had written down my journey in Farsi to explain the people in Iran what I’m doing. Farsi is the official language in Iran.

The letter is great because I can show people in short what I’m doing. I quickly notice that whoever reads the letter turns into a generous giver. I often get breakfast, lunch or dinner offered. People just don’t let me go without a bottle of water, bread or other food.

In the city of Marand, in the early evening, someone shouts from besides the road: “Warm Showers, Warm Showers!” A car escort me to Akbar who receive me as his 576 guest. Really unbelievable. His friend Mohammad has a cottage near Marand, on a hill overlooking the city. These people make a full time job of welcoming tourists and then initiate a most enjoyable night for them. Along with Frits and Karin, a German cycle couple, I am taken to a cottage to be brought back the next morning and have breakfast at the supermarket of Akbar. Everything has been arranged and there is very little expected in return then a feedback through the Warm Showers website. 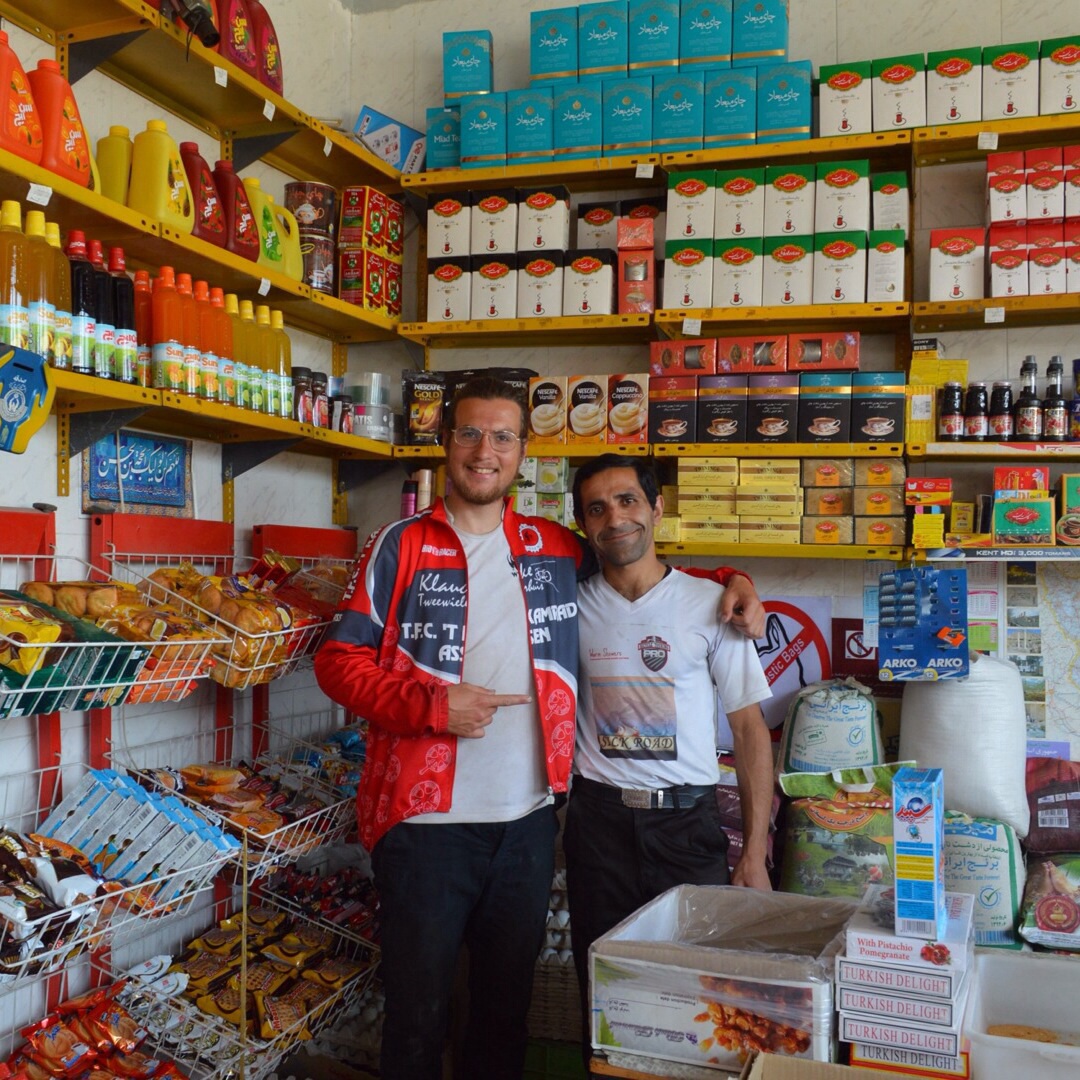 After breakfast I continue the road with Frits and Karin to make it today to Tabriz. The whole event and the previous days had made me a little tired. So many people who offered so much. All day honking, waving, laughter, applause, boos, it’s encouraging but simply takes a lot of energy. I was looking forward to a rest day in Tabriz but before that we needed to cover still 80 kilometers. 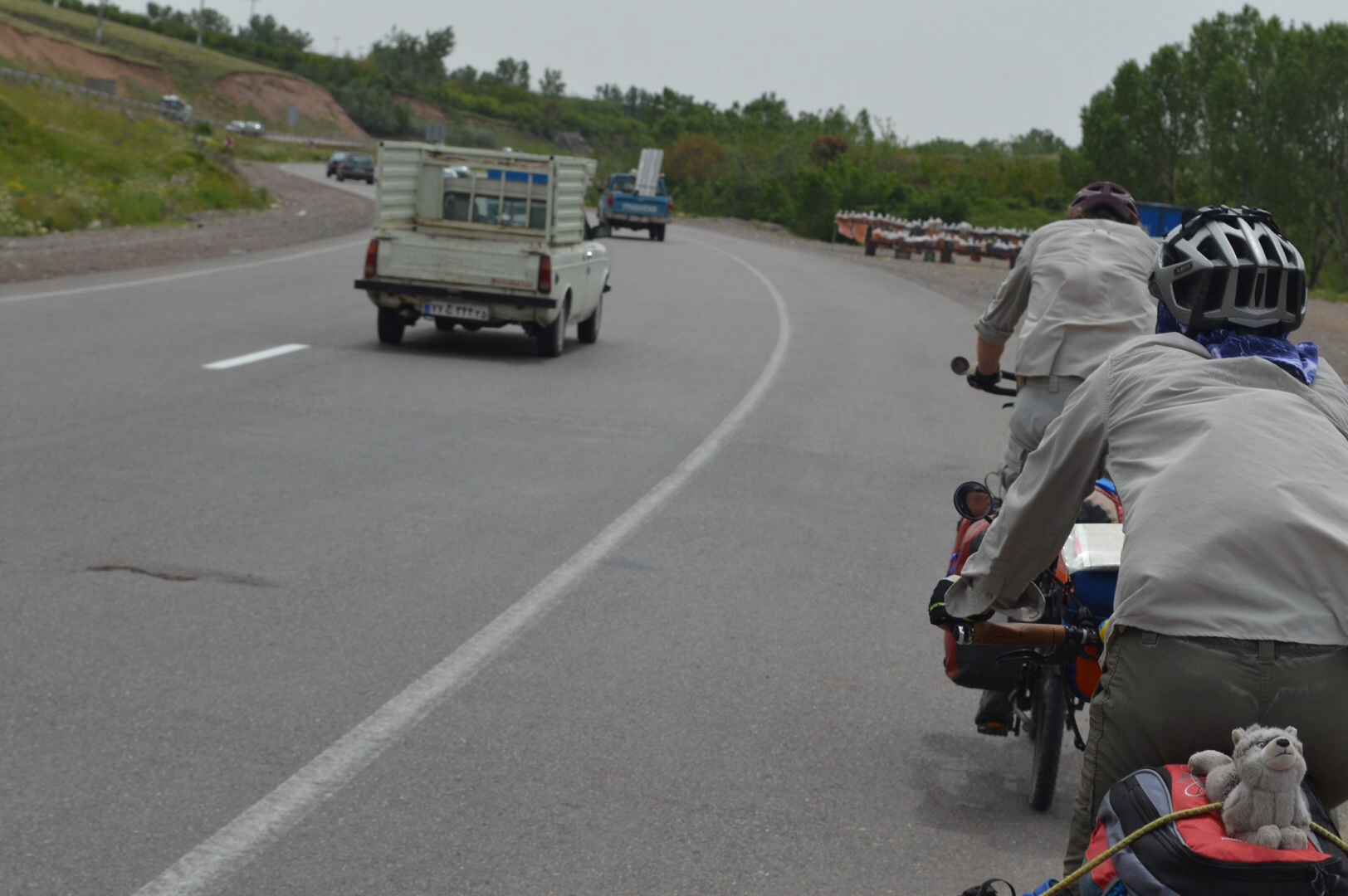 I was alone and cycled a bit behind Frits and Karin. A car next to me, beckoning me to stop, a police officer in plain clothes showed his badge through his window. Passport control, I thought. The officer asked where I came from and where I was going and how much cash I had on me. In Iran, you can’t use a cash machine as a Westerners tourist and also on the visa form I was asked how much cash I was taking into the country. I told the officer that I had $400 with me, he wanted to see it for verification. No problem, I thought, and showed him the money. He counted it as he shakes nervously with his hands. This man has Parkinson’s, I thought. He asked me about my bike which I did not understand. Gave the money back and told me that everything was ok. He quickly got into his car and drove away. It all happened so fast and after he drove away I immediately realized what had just happened. I counted my money and saw that my naivete and honesty had been robbed of $200. How stupid could I be? Just let him count my money? How could I have trust him? Why me? In Iran? It was too much for me and I bursted into tears. I was broken.

Luckily I had someone to share my story, the couple Frits and Karin in front of me. I cycled to them quickly. Later on the day we arrived in Tabriz and we could take a break together on the free and with all facilities camping park called ‘passengers park.’ I really needed this rest. 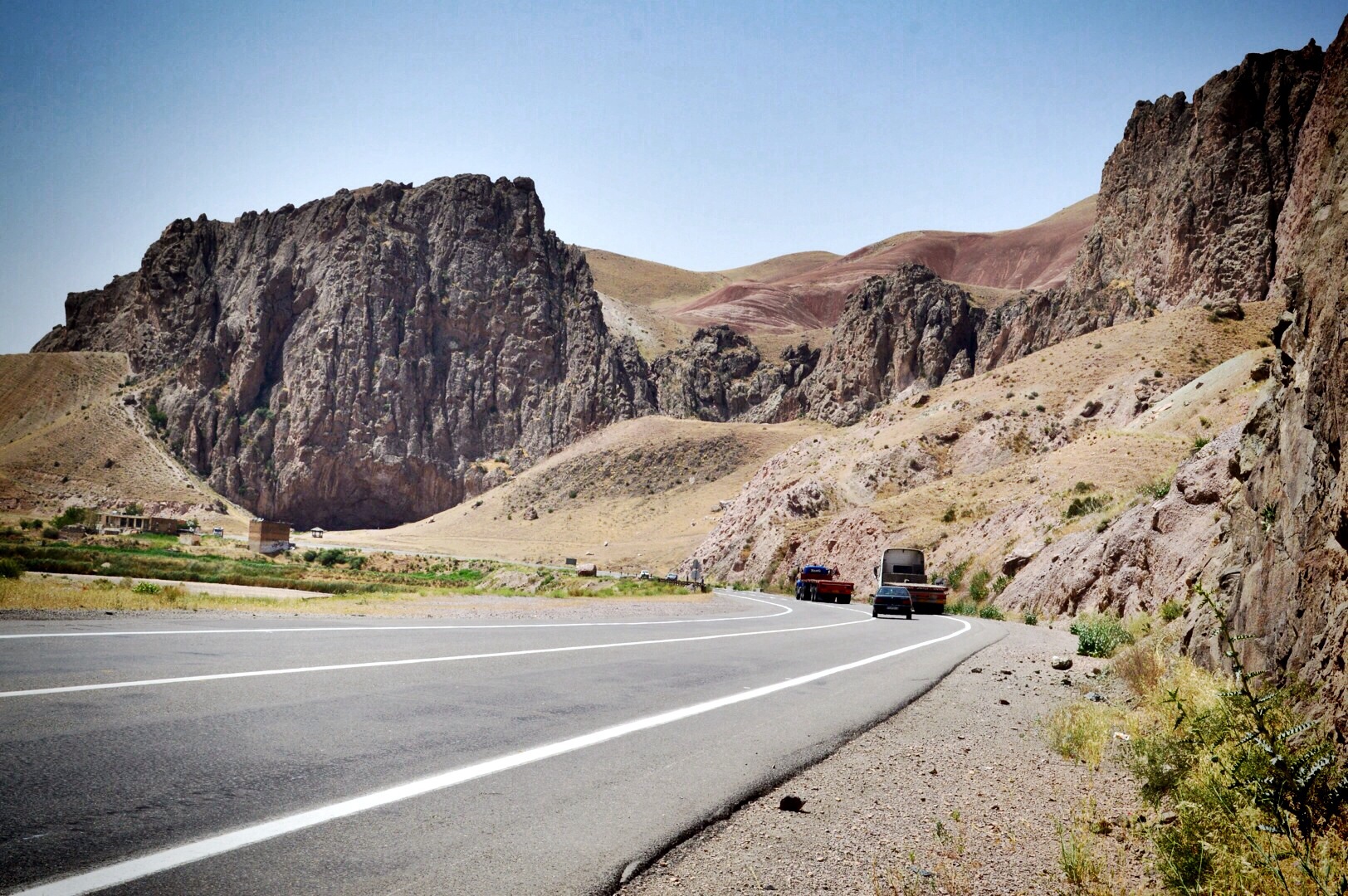 The next morning I wake up with new energy. I handled the incident from yesterday and I was going to do something about my bike. It rattled for the past 1,500 kilometers and every somehow steep hill or mountain I had to walk. I went out of my tent and the security of the area came by and I showed him my letter. A moment later I was eating breakfast in his office. Unbelievable.

In the afternoon I arrive in two streets full of bicycle shops in the center of Tabriz. I had to meet Saeed, a Dutch bicycle couple in Georgia told me. Not long after I gave a handshake to Saeed, he took my whole chain system off the bike. Saeed made it clear to me that it was completely worn out.

After some phone calls for new chain parts my bike was ready by the end of the afternoon. When Saeed putted back my pedals, he also made my wheel straight again. Saeed does not charge any service fees to tourists. For the components only. A legend. 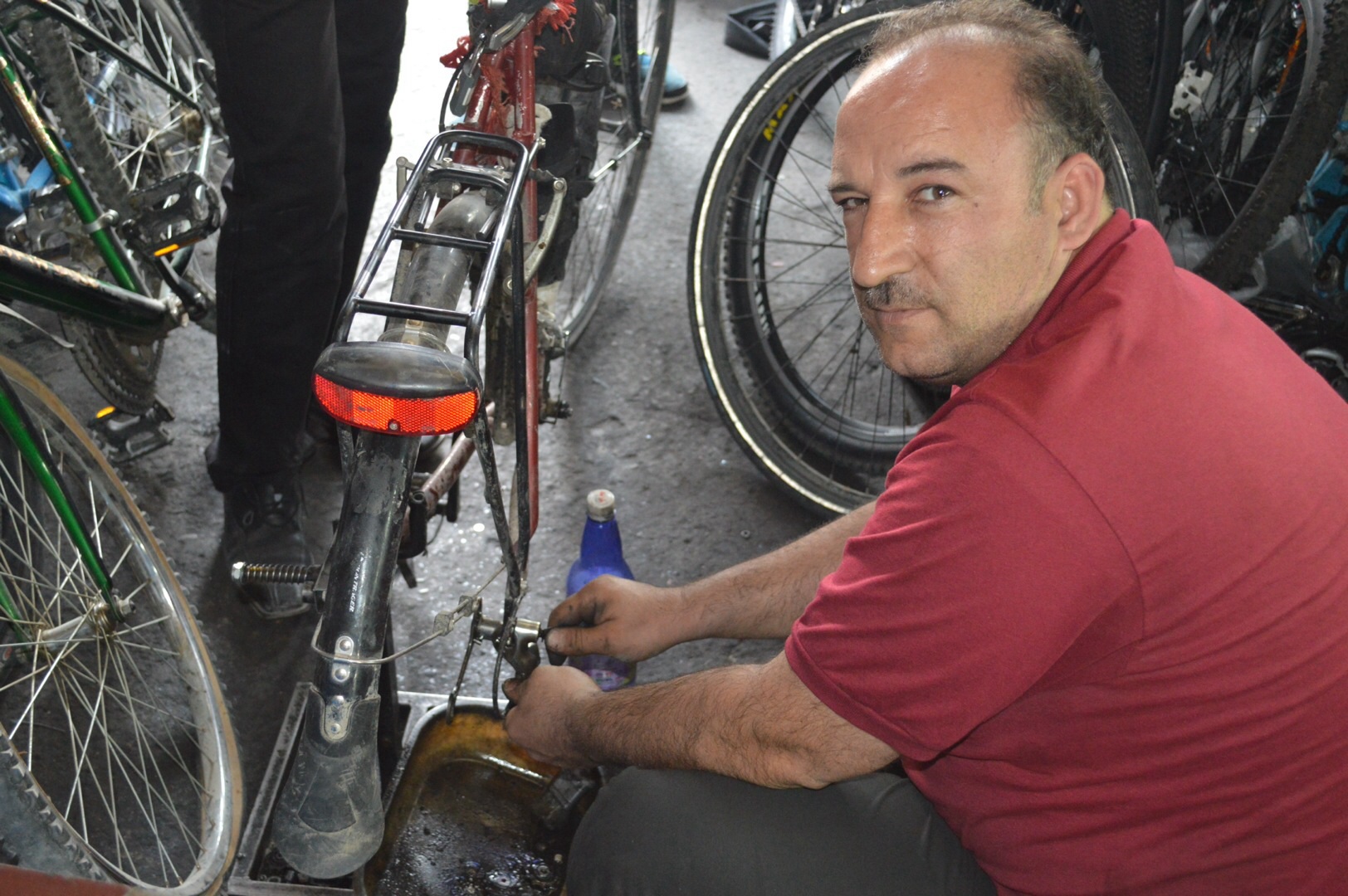 When I come back later that day Saeed looks at me with a smile and says in broken English: “Singapore, no problem.”