I met Shade on Boxing Day. We had a great night at one of the beaches on Koh Lanta. “Look at that Henk, there are islands on an island! This place rocks!” It was indeed beautiful. It became low tide and large black stone coralline islands appeared on the beach. I had to admit that Koh Lanta was a nice place to be. Shane was an English backpacker who traveled around in Southeast Asia. “But man, you have to come to Koh Phangan. It will be crazy for the New Years party. Please come man. Join me!” It was tempting, but I had my doubts. Had I come here to celebrate parties or to celebrate some of the most breathtaking natural spots of the world? Of course it would be an unforgettable experience but stories on the internet put my mind away from it. Thousands of backpackers went to Koh Phangan for one of the most ridiculous parties on the planet. The full moon party.

A couple of days ago I arrived on my bicycle on Koh Lanta. An island in the southwest of Thailand. Where you notice a lot of tourists riding around on hired motorcycles. Everything is affordable. Between Christmas and New Years Eve I wasn’t going to make any more mileage. It was time to look back on the most interesting year in my life. Just enjoy where I was now. Thinking back on 15.000 kilometers on my bicycle, from the Netherlands to Thailand. I was going to enjoy myself a little bit and recharge for the final leg to Singapore. With Gaja, from Slovenia, I hired a bamboo hut. Gaja I met in Luang Prabang, and later in Bangkok. She was backpacking her way through South East Asia. We became friends and had agreed to spend some time here on Lanta for the upcoming holidays.

Now I have decided that I wouldn’t go to Koh Phangan, time was ticking to find at least another amazing spot to celebrate New Year. Here on Lanta I had seen it by now. Gaja was also looking for another place to celebrate New Year. We both searched around on the internet and came across the island Koh Rok. An island which is uninhabited. A nature park, which on the photos looked like a paradise. A white sandy beach with a crystal clear sea. An island so perfect that my wildest dreams did not come close. Only day tours went there. For snorkeling. On the island you can rent a tent. It was not cheap, but we made made our decision. We were going to celebrate New Year here. In a way I have never done it before. Without a party. Without a lot of people. On a desert island in the Andaman sea.

How would that be?

Doing nothing is a kinda hard for me. After a few days on Lanta I got the feeling of laziness. Ideally, I would like to end 2015 with one last adventure. And so I did. A kayak adventure on the sea. I figured out if I could rent a kayak for myself. That was possible. I wanted to paddle for more than 10 kilometers to an island called Talabeng. I was warned that this would be impossible. “You can not cross the sea because too many wind. So dangerous!” This warnings I had already heard too much when I told people I was going to cycle from Rotterdam to Singapore. I was going to attempt to kayak from Lanta to Talabeng. A beautiful island with a cave where you can slide into over the water. 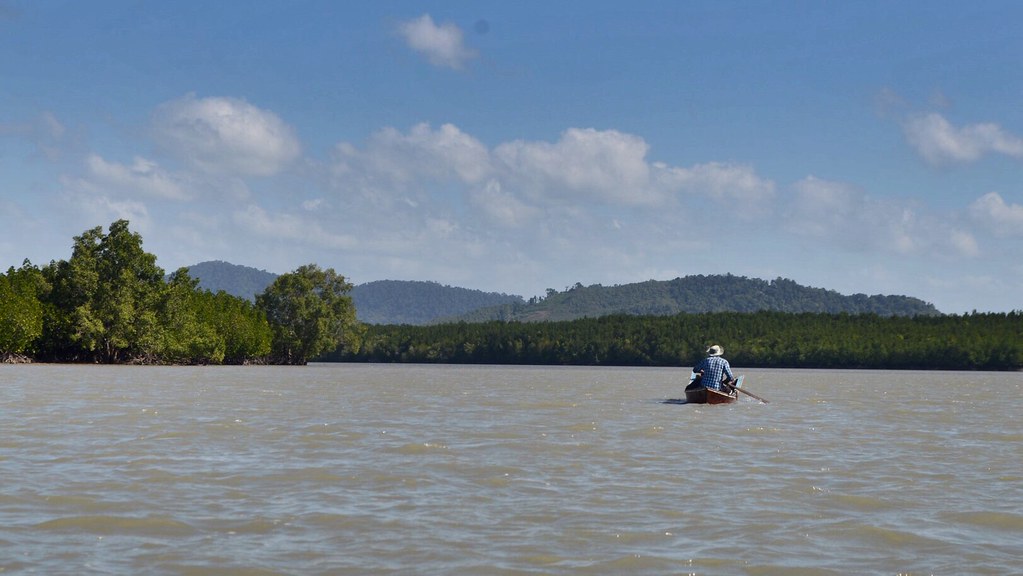 I was just for two hours away. The wind began stabbing. I first had to go out of a mangrove forest before I could get to the sea. I succeeded in that part but the sea began to move wilder. It even started to be scary. Waves lapping over the edge of my kayak. The wind became more intense. The stream also, it seemed. This was not the right kayak for going this wild. I had to go back before it went wrong! If my kayak overturns I might be eaten by a shark. I mean, you see that on movies right? The stream and waves brought me in no time back in the mangrove forest. I putted Talabeng out of my mind.

I focused this little adventure on seeing the wild monkeys here in the mangrove forest. 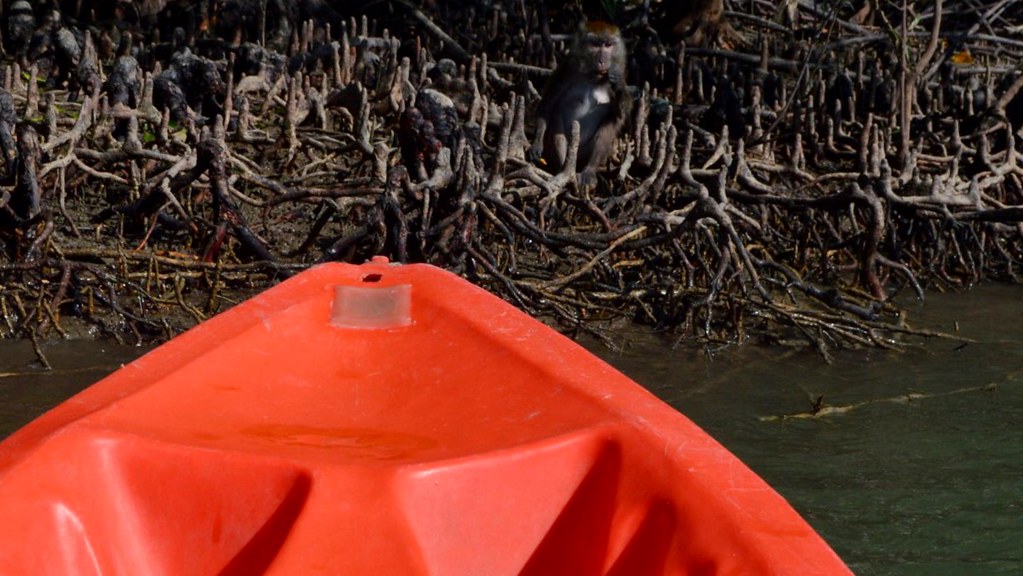 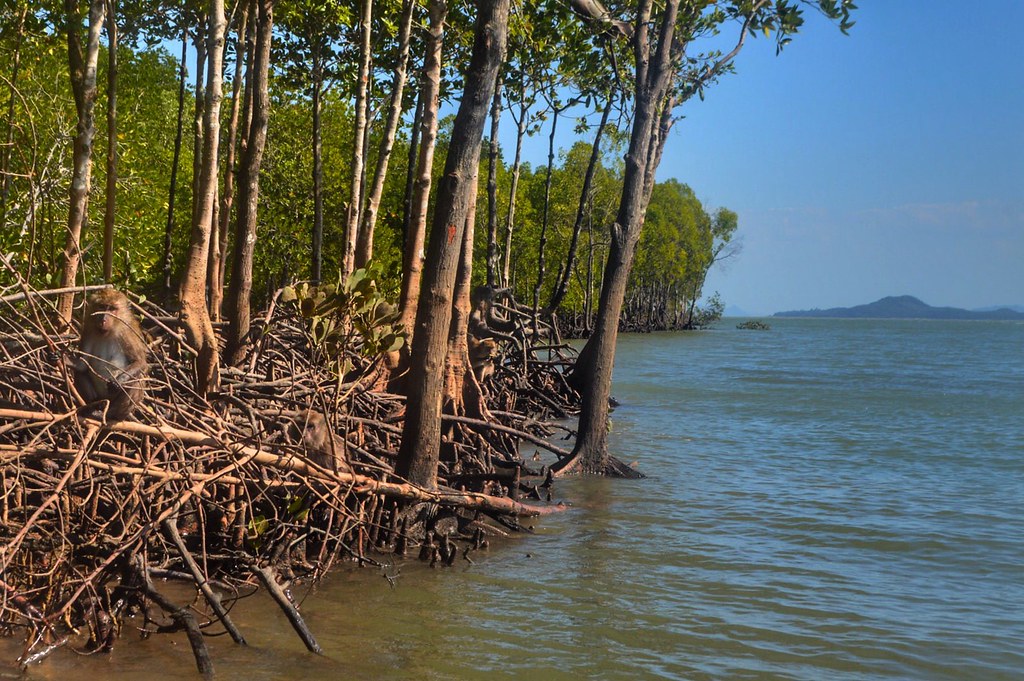 The next day was the big day. A large speedboat appears on the beach. I step in with Gaja, a bottle of 25 liters of water and food for three days.

On to Koh Rok! 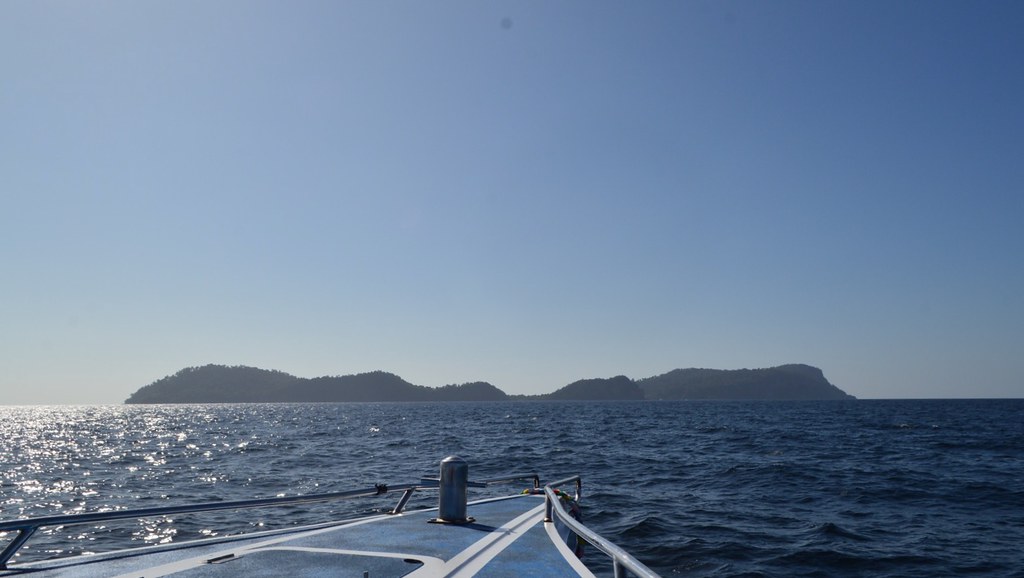 More than an hour later we arrive. The first views of the island are amazing. I can’t believe it. The water is so clear that you can see the coral five meters deep beautifully glistening in the sun. The beach is so amazingly white with fine sand and a sea of perfect blue crystal clear water. What a view, something I’ve only seen on a digital screen. 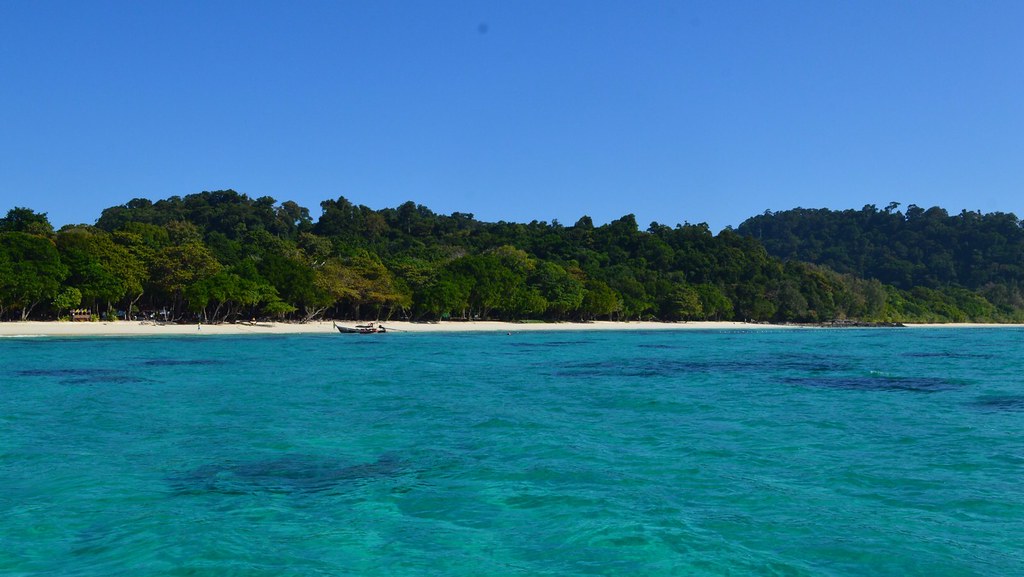 We unload our supplies and hire a tent at one of the park rangers. At two o’clock all the boats leave and I stay together with Gaja and a few other people on the island. A white beach to ourselves. At the distance of less than 10 meters you could see the beautiful corals.

This place was truly a paradise. 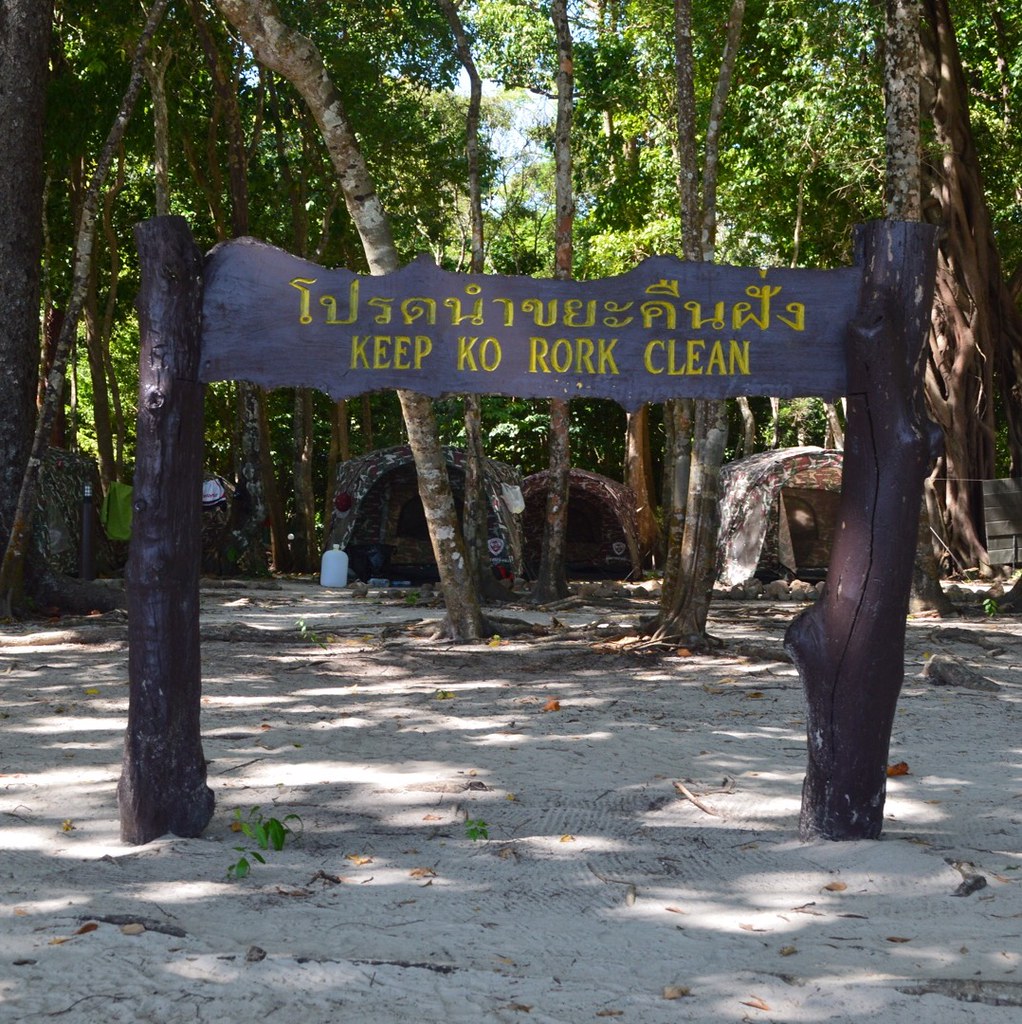 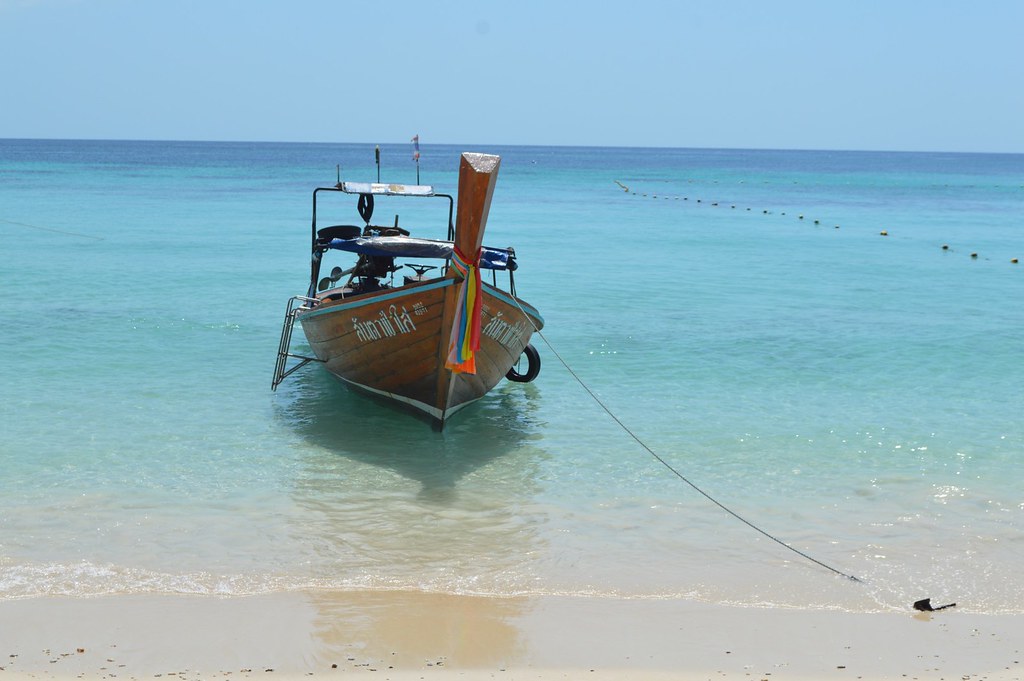 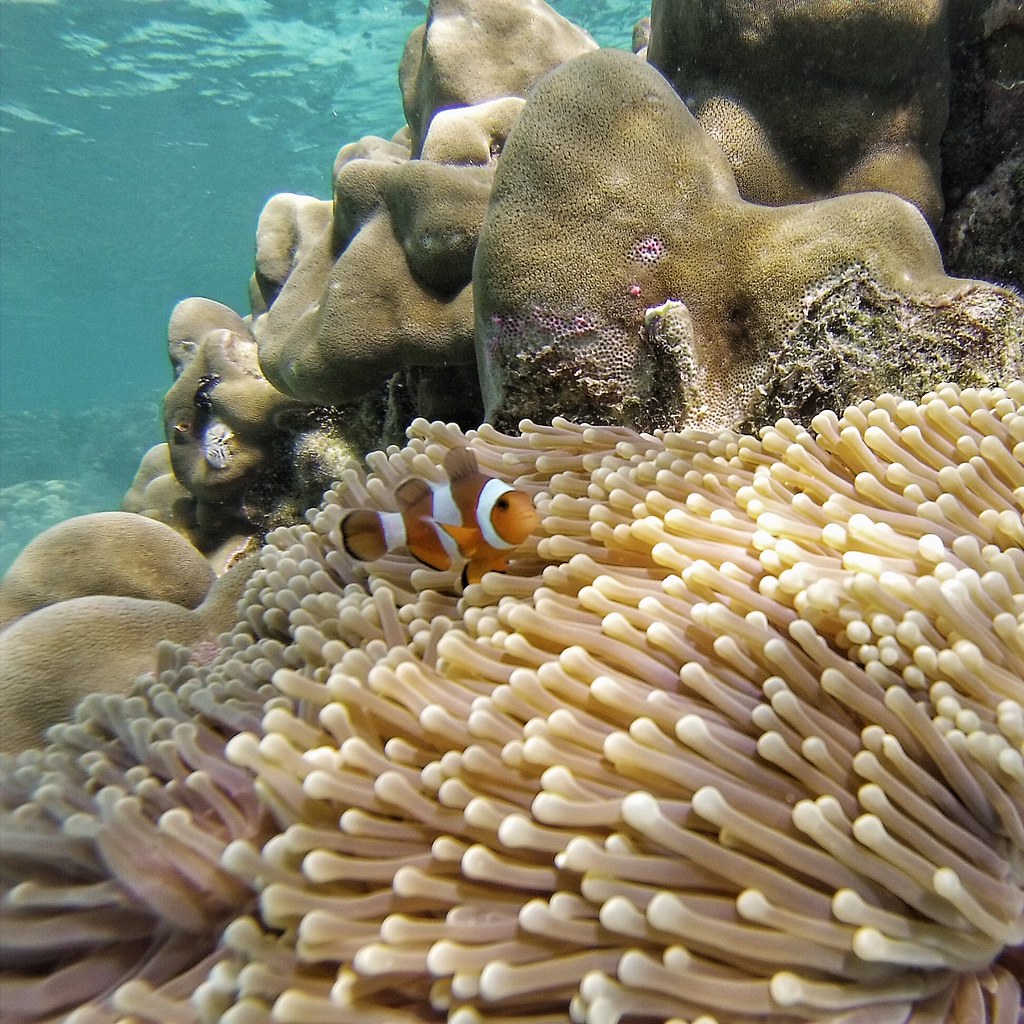 A year where I was looking foward to for a long, very long time. In 2015 I learned to love life. Whatever happens. A dream came true. I quitted my job and just went cycling. With only one goal: to arrive in Singapore. Now I sit here, in the south of Thailand on a desert island. I look out over a white sandy beach and a beautiful clear blue sea and let my thoughts go over the past year. It all flashes. Day in, day out cycling. From mountain landscapes to deserts, to highlands and the tropics. Encounters with people I will never forget. People who trusted me. People who took me in their arms. Gave me food. A place to sleep. People who made abuse of my situation, they robbed me. Cops that arrested me for no reason. People stopping along the roadside with their car to give me money. All this put tears in my eyes. It is a non-ending series of events. Hundreds of people who treated me so welcoming and let me learn about their culture and way of life. I am grateful for 2015. Very grateful.

I look back on -by far- the best year of my life. 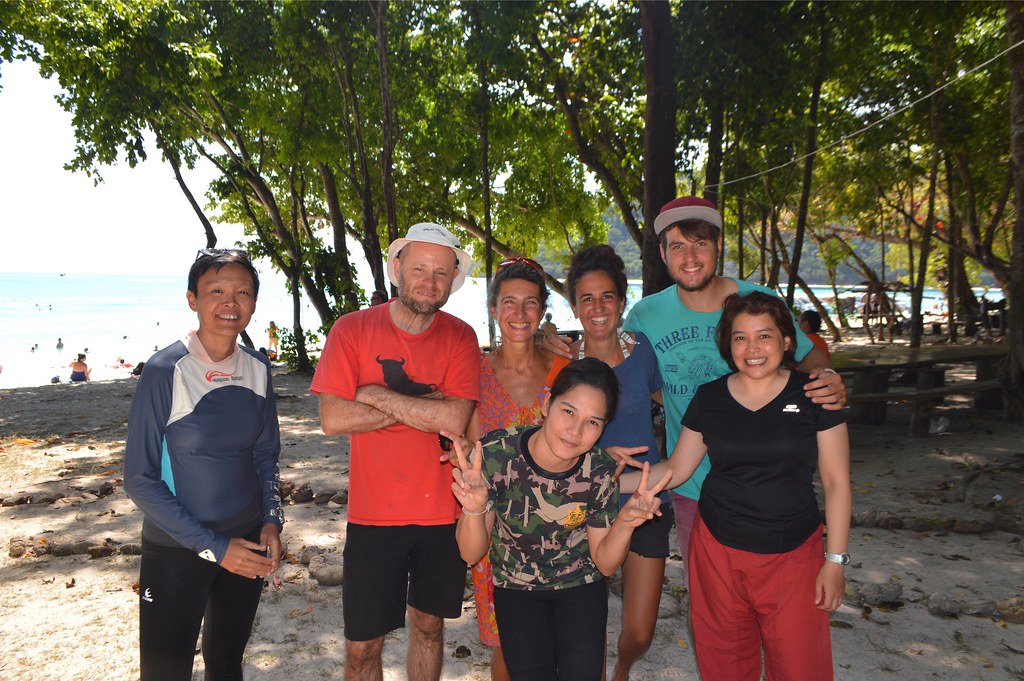 2016 is going to end this trip. On January 26, I hope to get back to the Netherlands by airplane. And what then? I really don’t know yet. What I know is that I’m going to collect all these experiences on paper, into a book. I have to make sure that there will be some money again on my bank account. How? What’ll be my job? I don’t know.

I only know that it’ll be all right.

I wish you all the best wishes for the year 2016. On good luck, health and adventure. I hope my time and energy I’ve putted into this blog have done something nice for you.

I will continue cycling. On to Malaysia. For the last 1000 kilometers to Singapore. I’ve a deadline to catch.