Curiosity brought you here: Home › My Life on the Run › Love and family

It has been four months since I wrote my last article. My website still shows all the white from the arctic snow photos. Not that I have been quiet or lazy the last months, designing a magazine and publishing it takes a lot of time and I had to recover a bit from that. It is especially in the evenings because during the day I work for most of the week. Furthermore, I occasionally do a lecture, an interview or write an article for a website or magazine.

In one way or another I can hardly get used to the occupied way of living. And I often wonder if I have not been spoiled by my cycling journeys. I miss freedom. The simple life on the bicycle cannot be compared with life in the city, with a job, the daily chase for more. More ambition, higher goals, improvement, personal growth and all that. That makes it so that, in my eyes, people worry about a lot of things that don’t matter at all. Happiness is relative and sometimes I wonder if I can be happy in the Netherlands, in a city, far from nature. Of course, says a soft voice in my head, you have love and family here, the two most important things in your life.

Since last year I live together with Lisa in the south of the city Rotterdam. A very dynamic environment with many different cultural backgrounds. I buy my bread at the Turkish bakery. My lunch is a Surinamese sandwich and in the evening I go to the Polish nightshop for a snack. It’s alive around here. Every now and then the sweet Turkish neighbor brings us food, last time deep-fried bread. It was delicious. The little Bulgarian boy and girl from next door hang over the fence asking curious questions about what we are doing in the back garden. Regular there are fun cultural activities. African music. Good food at the Maashaven or a cozy theater performance in the Charlois district. And a bit further at the harbor we can enjoy a movie in a cinema. Every morning I jump on my bike to cycle over the Erasmus Bridge in 15 minutes to work in the center of the city.

The Netherlands is a fine country to live in, everything is organized to perfection. And maybe I’ll hit a nail here on its head. Is this a system that I can be part of, with so much security and comfort. In the past, especially right before my bicycle journey to Singapore, I often was looking for the meaning of life. In the years I found out that there is indeed no point if you don’t stand for something from out yourself. You can stand for something in the broadest sense of the word. For family, political ideals, religion, career or a personal dream. This ensures that we convey passion, share it with others and are part of a community. In our society, the pursuit of more has taking over the being content with what you have. We only learn to have more because happiness isn’t good for economy. To be comfortable with our messy human selves would not be good for business.

Fortunately, from time to time, someone comes, as a guest through WarmShowers, and brings perspective. Like yesterday, Christos from Greece stood in front of my door. He cycles through Europe to get people aware of the Libertatia building that was burned by fascist activists in Thessaloniki in Greece. Christos has passion, he is an activist and devoted his life to fight against facism in Greece. 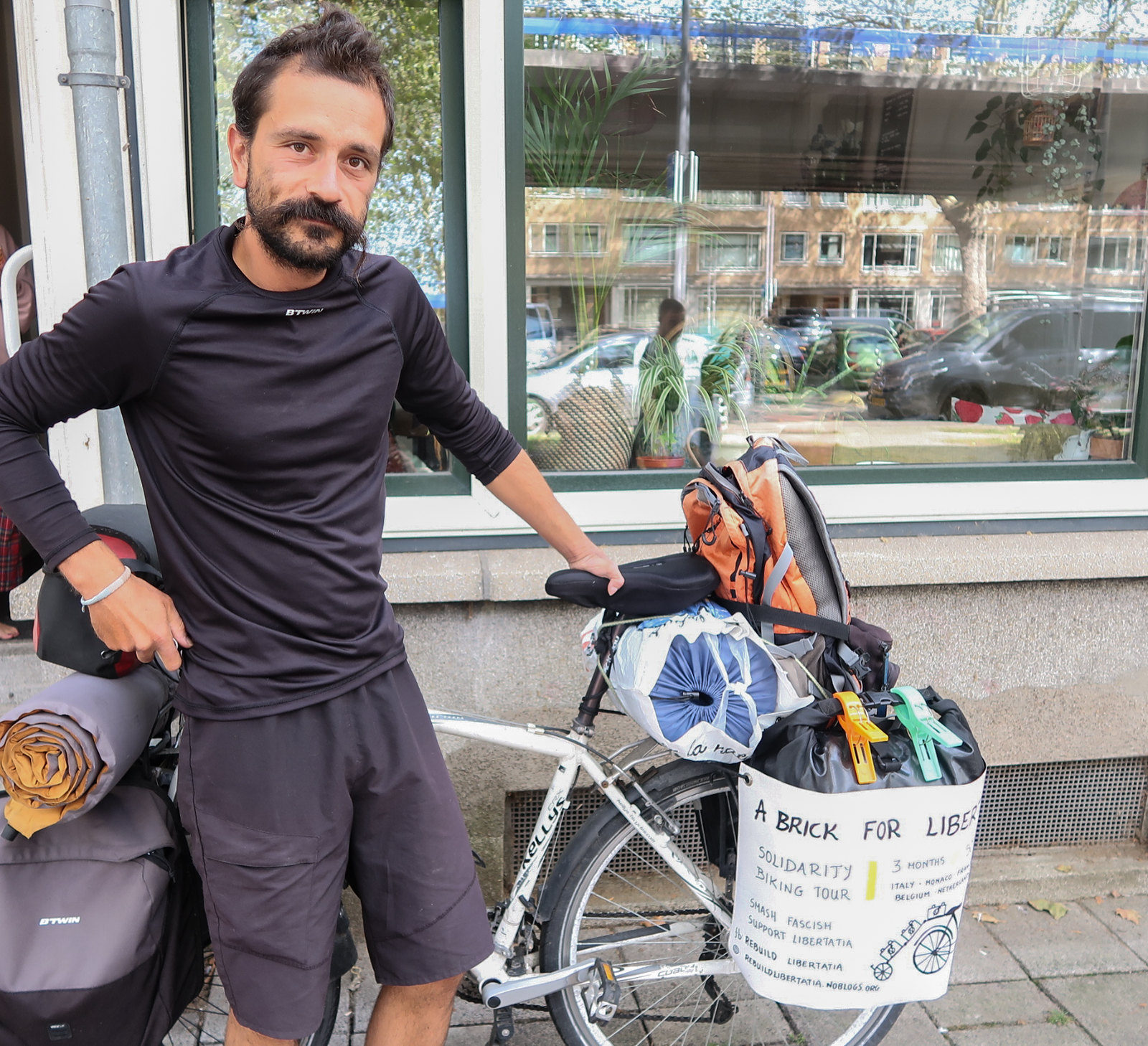 This morning he got on his bike. He went to meet a refugee he had once helped in Greece and which now lives in Rotterdam. Tomorrow he would go to a protest against gas extraction in Groningen. His bicycle trip is dominated by activism. I feel his passion and it gives me energy.

At this moment I’m occupied with a lot of things. Recently I wrote an article for the upcoming edition of the Wereldfietser. A magazine about world bicycle touring in the Netherlands and Belgium. I’m editing a video of my winter journey that I want to submit to film festivals. Ezra Ninti is going to produce the music and Tegan Phillips will make some comics. I learned to have high ambitions, so I’ll be busy with it for a while.

It has become a tradition to experience an adventure in the summer together with Lisa. In 2014 we drove through France on a tandem. In 2015 we went backpacking in China. In 2017 we hitchhiked through France and now in 2018 we were to be found in Spain. We walked the Serra de Trumantana in Mallorca. Now Mallorca is not the first holiday destination that would attract our attention. A secret tip caught our attention on a walking route in the west of the island. In July and August it is so hot out there that there are few tourists on the trail. And that was true, we had two weeks of pure enjoyment in the most beautiful places in the middle of nature. 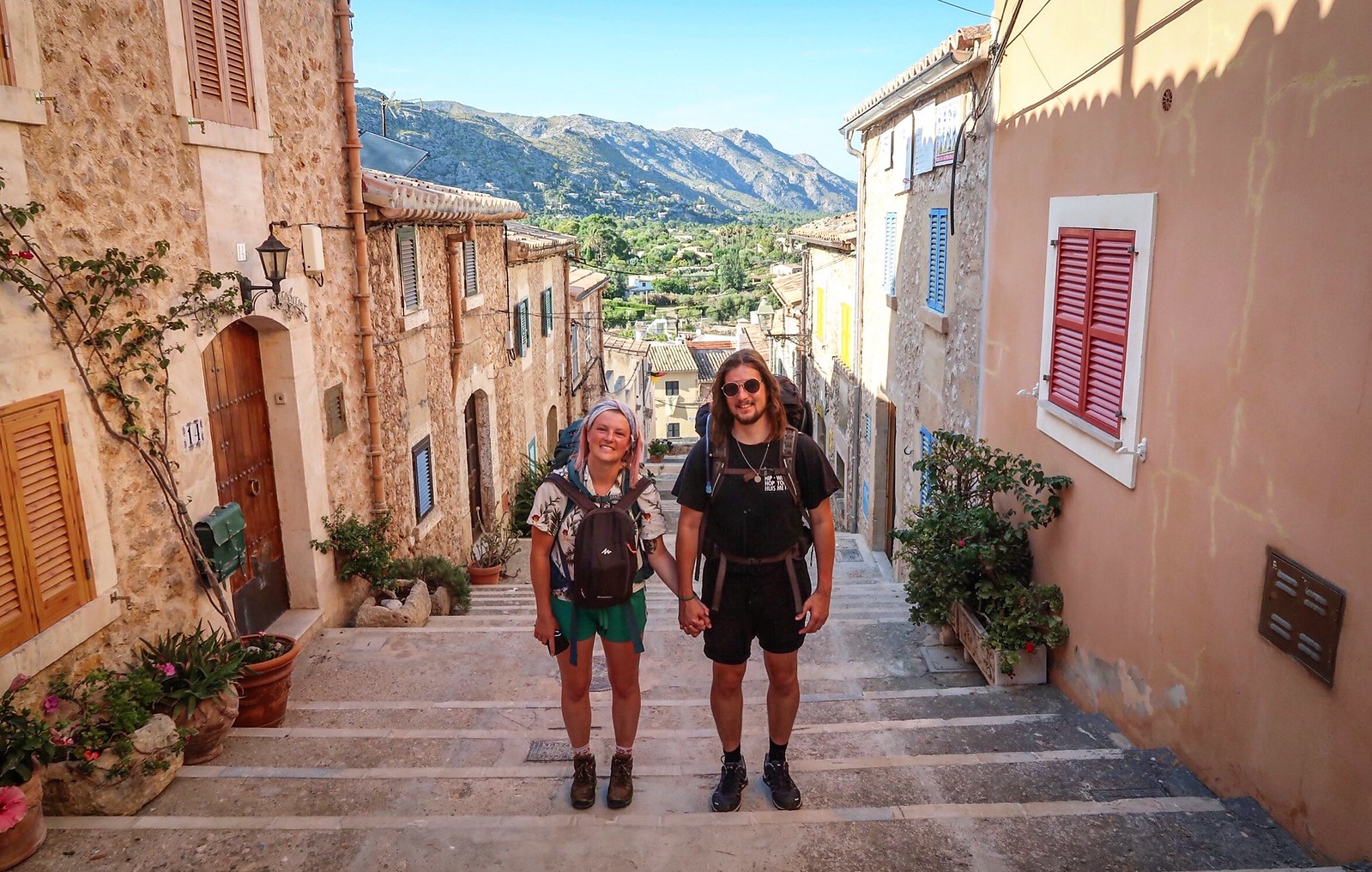 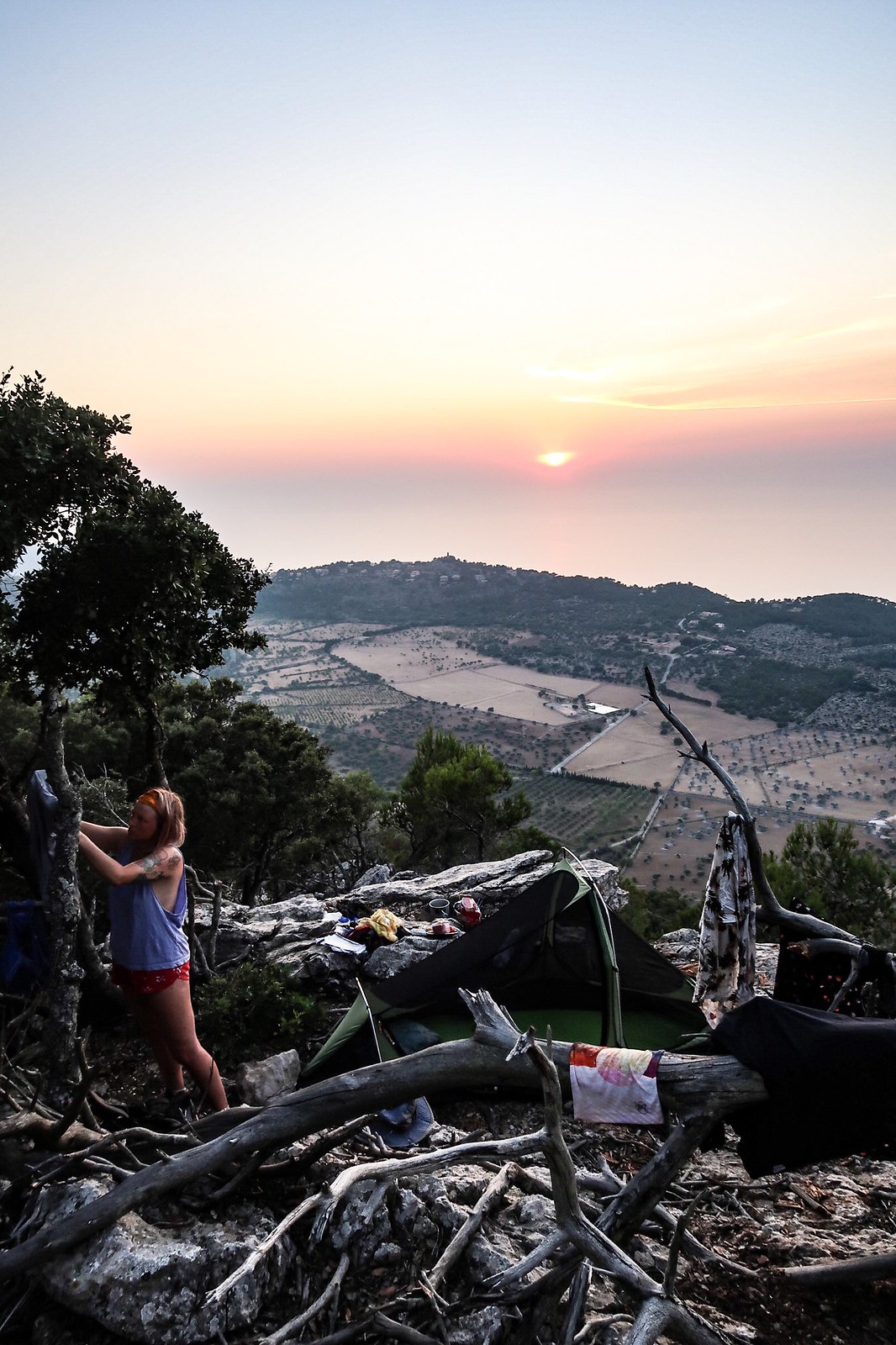 Spain is a very nice country to travel. I find the culture very interesting. Mallorca is an island where more than 10 million tourists travel every year. The largest part lingers in the south on beaches to get the white skin a brown one. In the evening going out and taking the best dance moves to seduce a holiday lover. The places on the water in the west and the mountains of the Serra de Tramuntana were mostly occupied by couples. We matched that.

Walking is tough, especially in the mountains. Luckily it was nice and cool in the mountains, and we were able to set up our tent in the mountains to be even cold in the nights. And, speaking of walking, I have been following a guy, named Christoph, who is walking from China to Germany for a a few years now. In 2007 he started walking, now he is in Azerbaijan. In this video he walked through China. I think it is amazing what he does.

And Henk, what is your next adventure? You are not the first to ask. I get the question regularly thrown at me like it is nothing. My answer always and still is that I don’t know. If you have any advice, I’d love to hear it. For now, I’m dreaming my way down the globe while reading adventures of a famous Dutch adventure cyclist.