Curiosity brought you here: Home › Adventures › Cycling from Rotterdam to Singapore (2015) › Planning › How I found a suitable touring bike

Half a year ago I had big ambitions for a good touring bike for my upcoming cycle-tour through Europe and Asia. I needed to have at least a quality and fast bike for the 12000 kilometer tour. I wanted to do the right thing and was inspired by other cyclists. I also wanted a partnership with a bike manufacturer to promote that bike, in other words sponsorship. As you probably know the internet is full of cycle touring blogs and people who are offering advice on which touring bike you should use as well as advice on getting a touring bike with sponsorship. I wanted it all, the whole package: a good bike and good sponsorship.

I started to do bike and sponsorship research.

The first contact I got was from someone linked to the World Fund for Wildlife, who wanted to introduce me to a bamboo bike manufacturer. I became excited because a bamboo bike would fit into my fundraising campaign for the World Fund for Wildlife. A tour on a sustainable cause with a sustainable bike. Also it would be an exciting challenge to cycle Europe and Asia on a bike made from bamboo.

I traveled to Amsterdam for a meeting with the marketing director of this company called Blackstar Bikes. 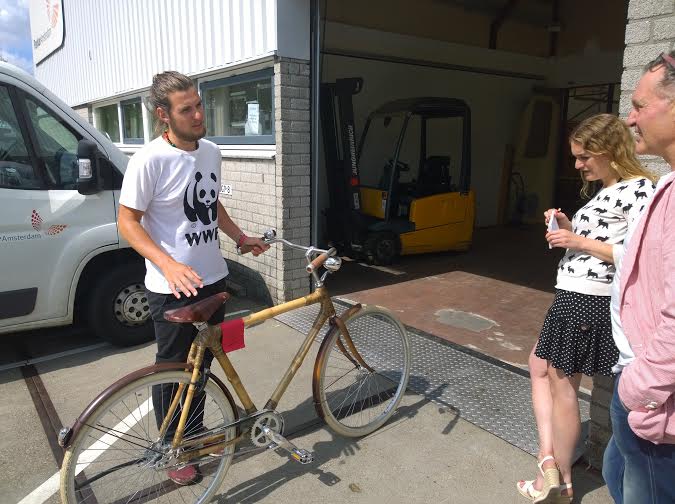 They were excited about my idea but made the decision to not go into sponsorship because -as you can see- their city bikes are not designed and tested for a tour like this. I understood their decision and started to look further.

I made calls and send emails to people from different companies. This time companies that were more involved into the touring bike industry. Some emailed me back with the advice to ask a local dealer and others simple refused. Local dealers told me that they can’t really effort to sponsor me with a bike in exchange for promotion. Bummer, but I didn’t give up anyway.

I became desperate, I thought about rebuilding my old steel city road bike into a fast touring bike. I asked around at forums but was getting only warnings about this idea. 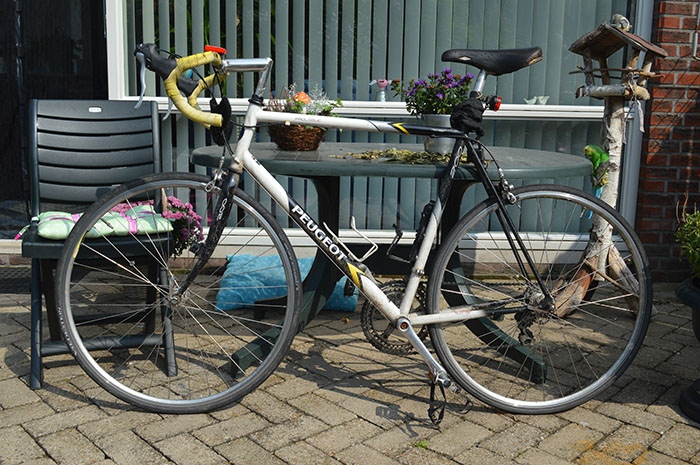 Experienced cycle-touring people at the forums told me that I could never reach Singapore with this bike on the many off roads. So I kept my eyes open for other opportunities.

At one point I recieved an answer from a Dutch bike manufacturer called Santos. It happened to be Robbert the founder of Santos. Robbert emailed me: “Weekly I get quite a few requests and per year about 500. But maybe you’re one of the two riders we get to work with each year.” What? I smiled. Me?

Not long after that email I walked into their showroom for an appointment. It felt like a childhood dream that came true. All the most quality and good looking touring bikes in one place.

A touring bicycle called the Santos Race Lite was exactly the bicycle that fitted my needs. Light, fast, strong, good looking and they even have no chains anymore! I felt released, I walked into the right place!

After an acquaintance I came back a month later to talk about the details of the deal. I knew that this was going to be excited because I didn’t know what was expected from me. I talked with Robbert and we finally came to an agreement but at that same time something hit me. Something hit me in my mind. I told Robbert that I would come back on the deal later and had to think about it.

On my way back I thought about it a very long time. It was strange because I was that sure about all this and now I’m dealing with a big doubt. Where was my thoughtful and practical young mind? To just grab anything and go. This was way too much planning. Where was I going with this?

I now know what it was that made me doubt. I think I came to realize that I was going to cycle a bicycle that I could manage to pay for with this deal but why? Why I wanted to do my first big cycle-tour on one of the most quality and expensive touring bicycles? I want to give people the message that you don’t need a lot of money and good stuff to do something great. And now I was going to cycle on a €4000,- bicycle? No not yet, was my decision.

Last night I bought a second hand bicycle for €195,-. A brand that I’ve never heard of. A model that I couldn’t even find on the internet. This baby is my baby now and she will bring me far, maybe even in Singapore! 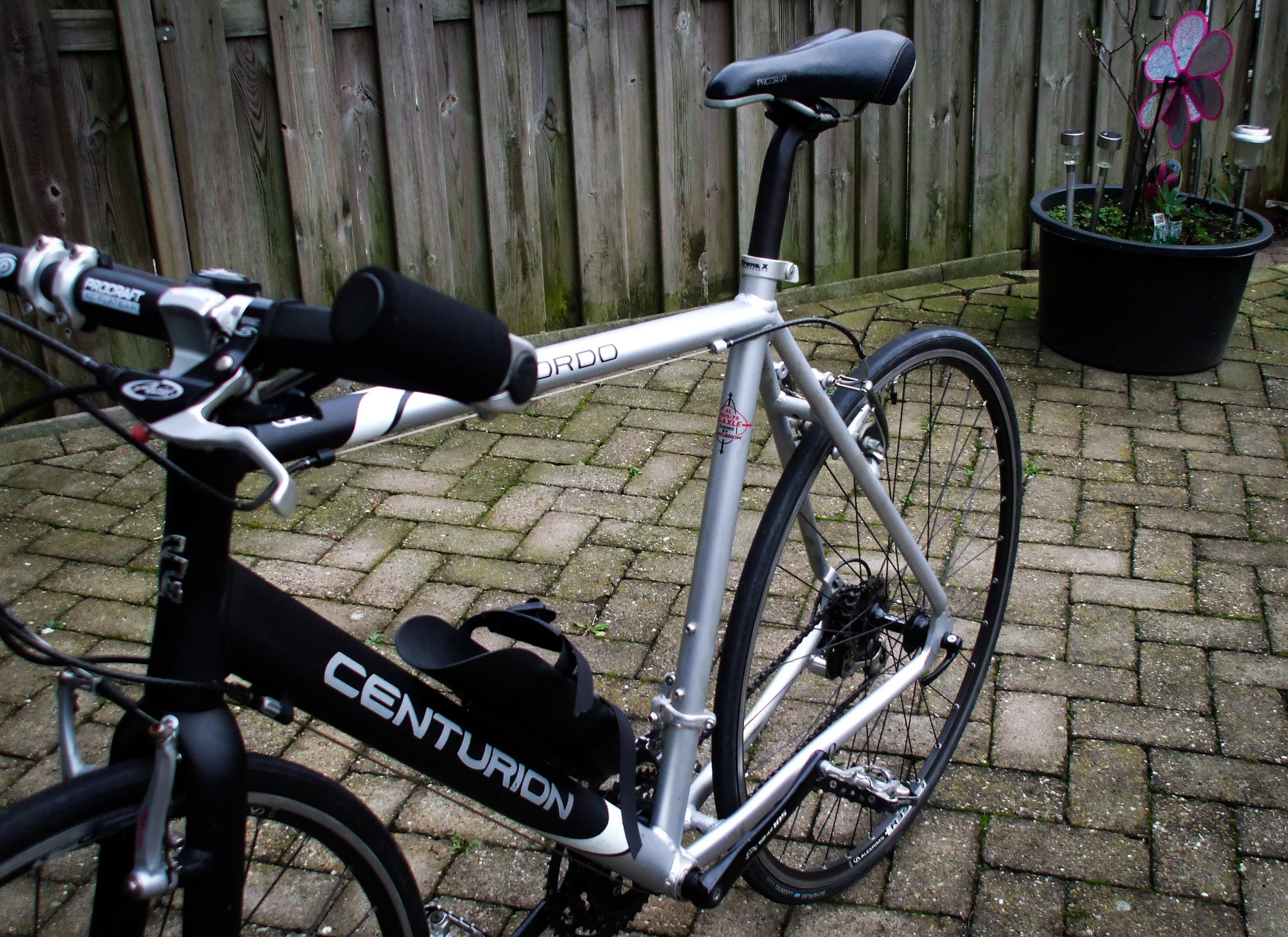 On this cheap bike -soon rebuild in a touring bike- I am going to prove that you can cycle around the world for at least six months for just €4000,- including bike, including foods and drinks, including overnights, including a flight back from anywhere, including everything!

Read here how I rebuild this bike into a touring bike.