Curiosity brought you here: Home › Thoughts and Inspirations › Freedom in the mountains

From out of my pocket I take a look at my smartphone to see if I’m on the right metro line. I travel from station Teatre a Shar to Tajrish in Tehran. There is a man in front of me, he grabs an old Nokia from out of his pocket. Our eyes cross each other for a brief moment before the man dials a number on the black and white screen of his Nokia. With my earplugs plugged into my smartphone, a telephone that almost functions as a computer, I feel like a rich Westerner.

Tehran, the capital of Iran. From the sky, or from the Milad tower, it looks like every other city. With perhaps a lot of smog because of the many cars and mopeds that drive from early in the morning until late at night. 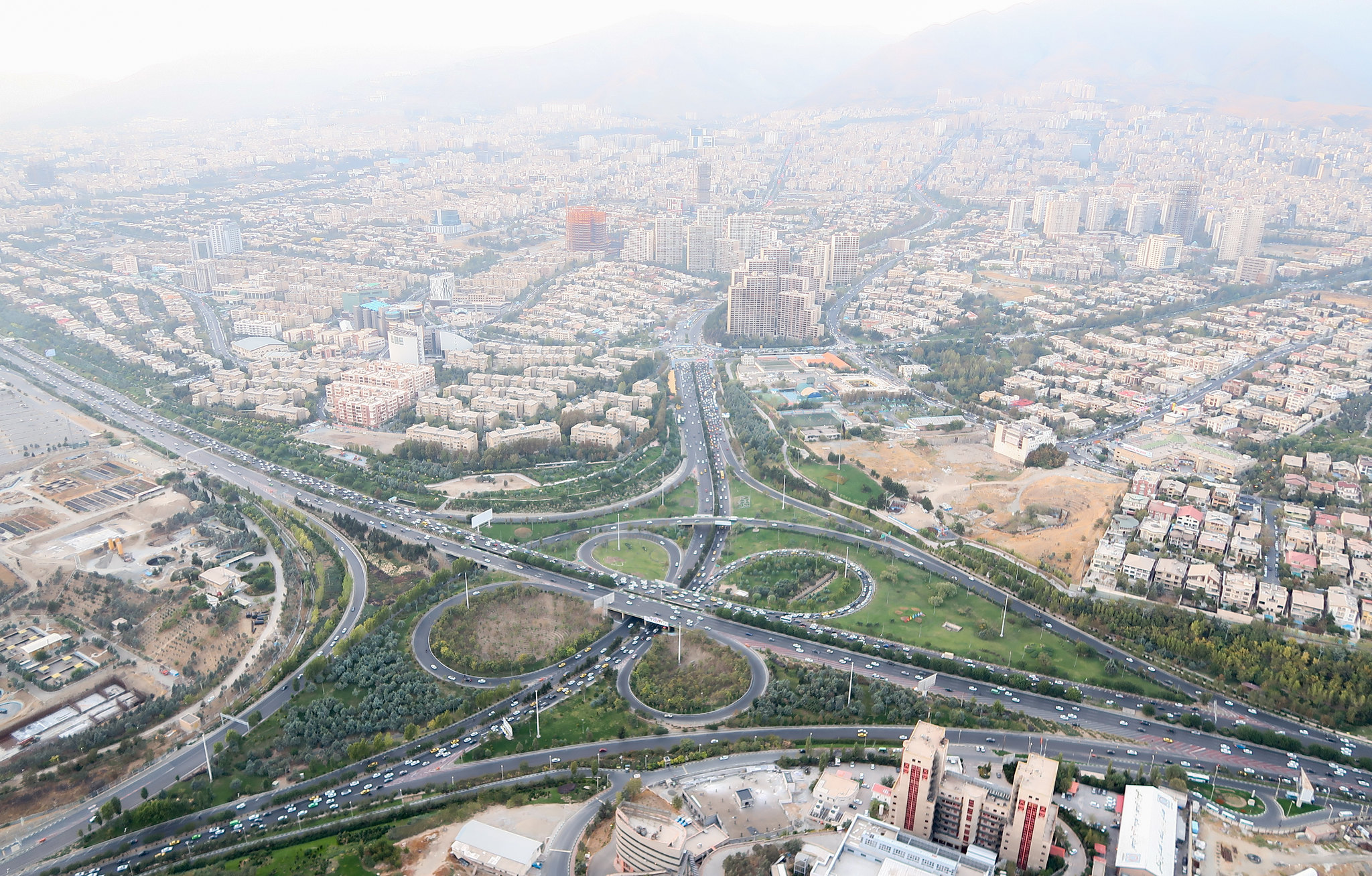 I put on some music that I stream via a VPN because the iTunes service is not accessible here. I’m used to being able to use internet freely, which is different in Iran. It’s not only that the government in Iran is blocking services or websites, it also has to do with the tightened sanctions and boycott from America. Trump has forced Apple to remove populair Iranian applications from the App Store. Fortunately there are always ways to circumvent this. With a VPN, or an app store called Sipapp in Iran, with which I can download the taxi application Snapp (the Iranian Uber). With this app I pay a fixed price for a taxi ride, to avoid paying the five times prices of the taxi drivers on the street. 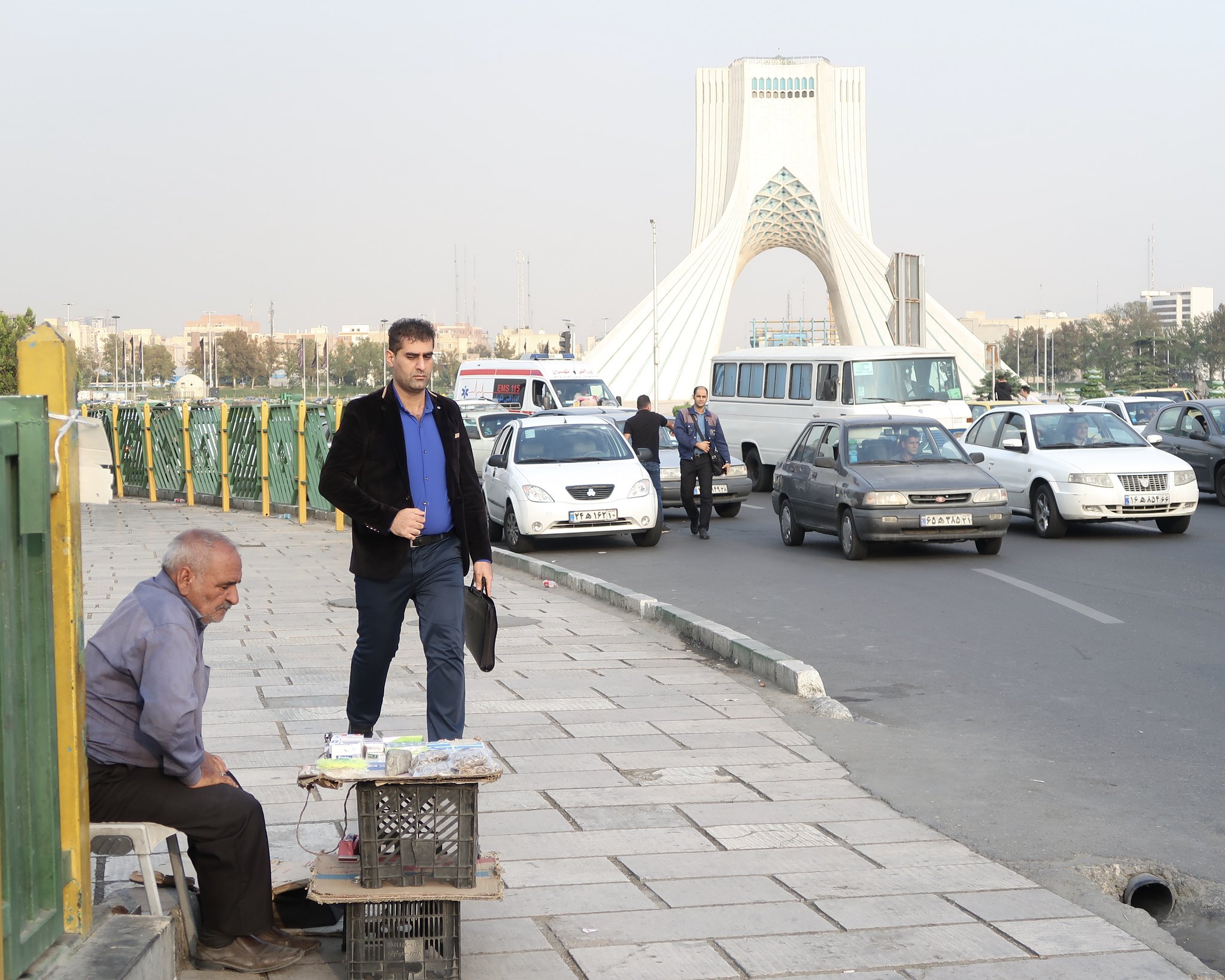 All seats in the metro are occupied. I decide to sit on the floor. Many people stare at me, and not necessarily because it is strange that I sit here. People mainly look at my appearance. I often wonder what they think. During that wonder I smile back or say hello to break the ice. I always get a friendly smile back, a sometimes somewhat strained smile. One of the many salesman steps over my legs with a big garbage bag with clothes shouting what he has to offer at what prices. I didn’t have to take this metro. In fact, a ride with the Snapp taxi would probably be faster and more comfortable and still bizarrely cheap for Dutch standards. But nothing prevents me from stepping into the subway just like everyone else. There is way much more to see and experience here.

I’m in Iran for the third time. The reason for this visit is to show my father the Persian culture. I can say that a lot has changed comparing to my last visit with Lisa. Not that I see that directly on the streets, but of the many stories of the people who I know and visit this week.

And now with my third visit and all the stories from friends, I start to understand Iran better. Better said, this country has gain a special place in my heart. I often try to explain it by emphasizing the warmth, solidarity and hospitality among the Iranian people.

With the policy of the government and religious leaders of the country there is almost none Western influences visible on the streets. The reality is a modern world hidden behind windows and doors, in photos and videos on Instagram, and not to forget to mention the copied American restaurants and modern coffee shops in the city. 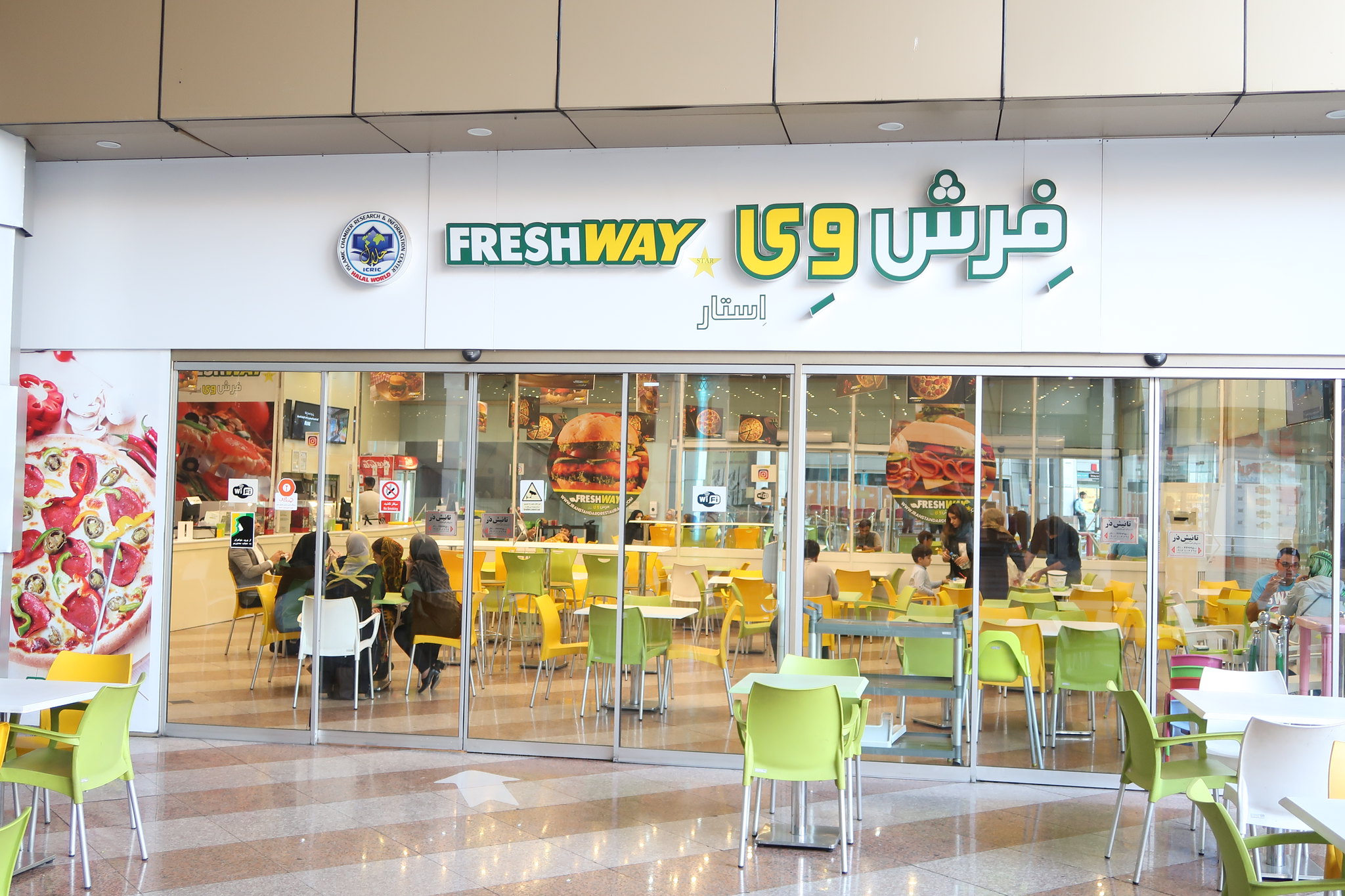 I came to know Iran as the country of two faces. The Islamic Republic of Iran, whose influences are reflected on the streets and on state television. And modern Iran, which is hidden from the government’s policy. Even though there is a lot of prohibition everyone makes sure that they have access to everything that we have in the Netherlands. It is only slightly more exciting because it’s not allowed.

There are a lot of things that are not allowed in Iran and everyone is aware of that. In Tehran I’m not surprised anymore to hear people complaining about the governments policy. Especially now the economy of the country has deteriorated due to the tightened sanctions of America. 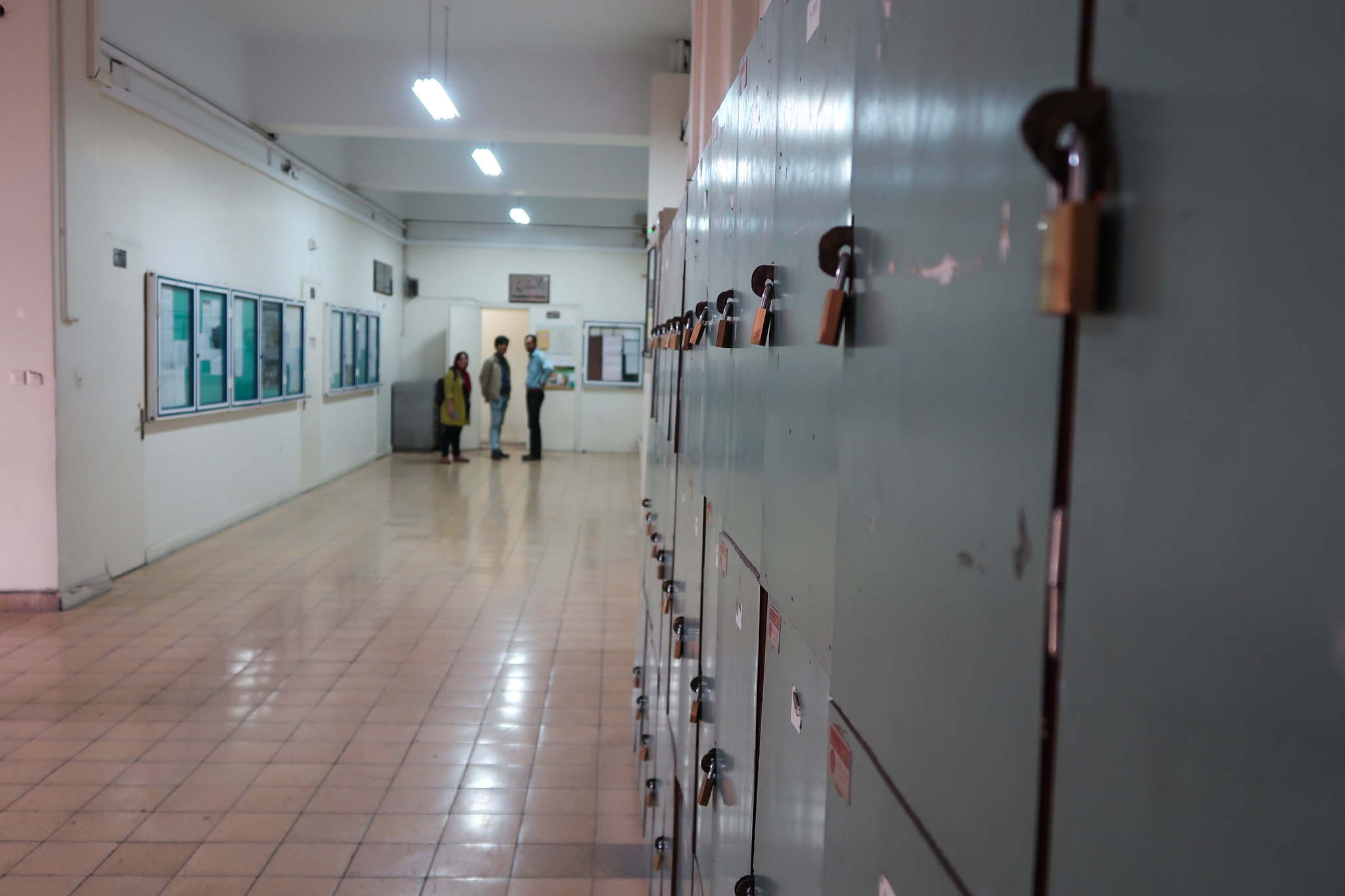 I notice it everywhere. Amir, the Snapp taxi driver who asks me during a ride to the center if he has a chance to do his job as a software programmer in Europe. Deliyar, who at a dinner in her apartment, decorated with Ikea decorations from Istanbul, tells how she looks for ways to emigrate. Negar, who explains that her savings have been halved by the heavy inflation of last year. She would like to live with her Indian husband for a year in Iceland. Elham, who is going to do an English test with her husband Mahdi this week, hopefully to be admitted to an Australian university.

The country which I like to visit for the warmth, solidarity and hospitality, everyone I know wants to leave for a better future somewhere in a Western country.

This is how I ended up on the last day of my week in Iran in the mountains far from Tehran, for a cozy picnic. We drive for an hour and a half to the north-east and walk for two hours along a river to a place in the mountains. A place near a small waterfall, where we eat and drink extensively. A place where the hijabs go off and where we even secretly go dancing. 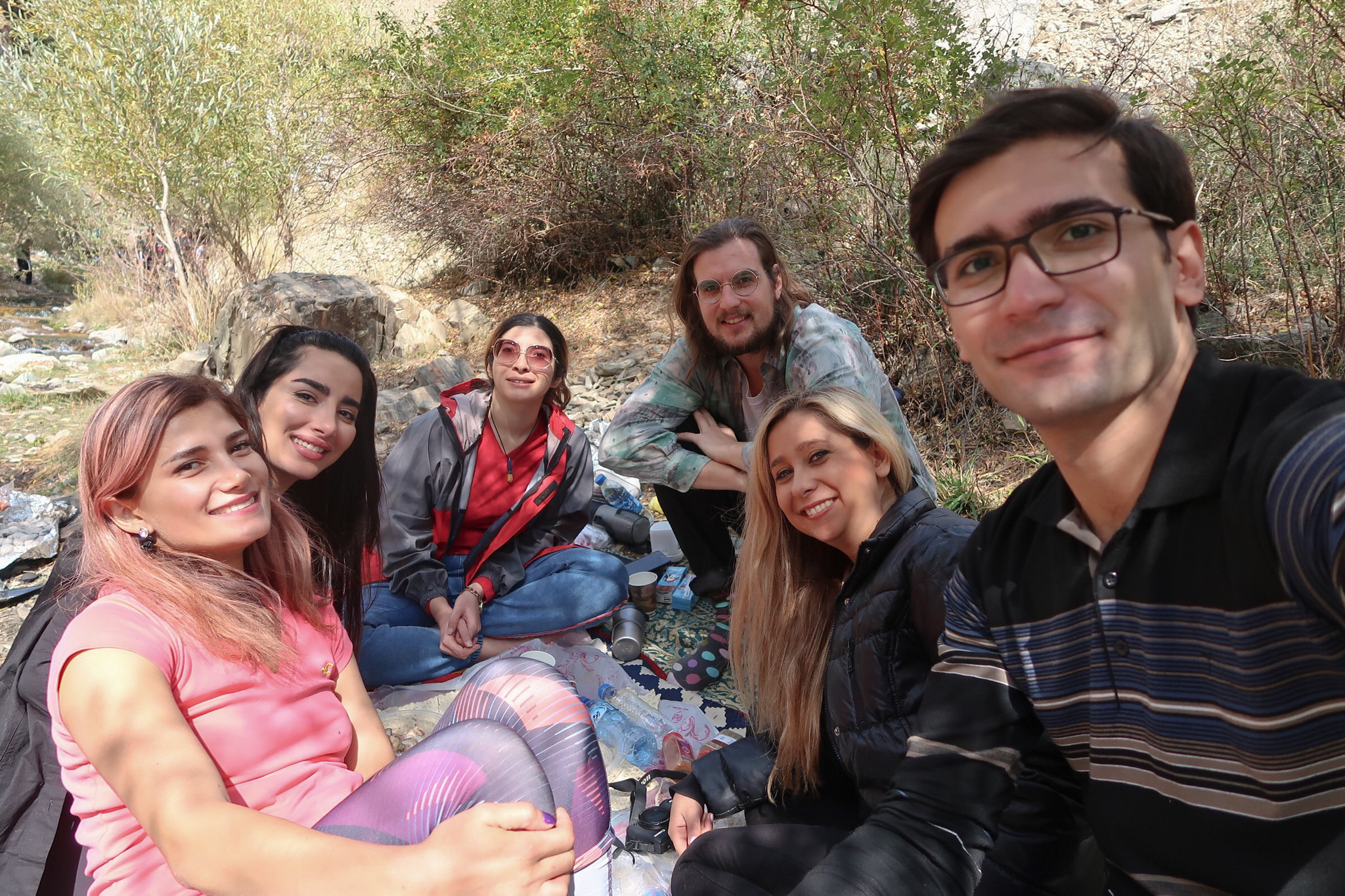 A place in the mountains where I can experience how valuable it is to feel free.