A noise of cracking wood is shuttering the night. The noise is close-by. I wake up in my sleeping bag. What was that? A silence follows. Perhaps a deer, a fox or a falling branch? I’m hidden away deep into the forest. Nobody can see me. What I do is not legal, not here in Germany. Or perhaps in this place it is legal? I don’t know. It’s remote and nobody sees me here and that’s the most important thing.

I fall asleep again and in the morning I wake up, open my tent and blind myself in the sun. 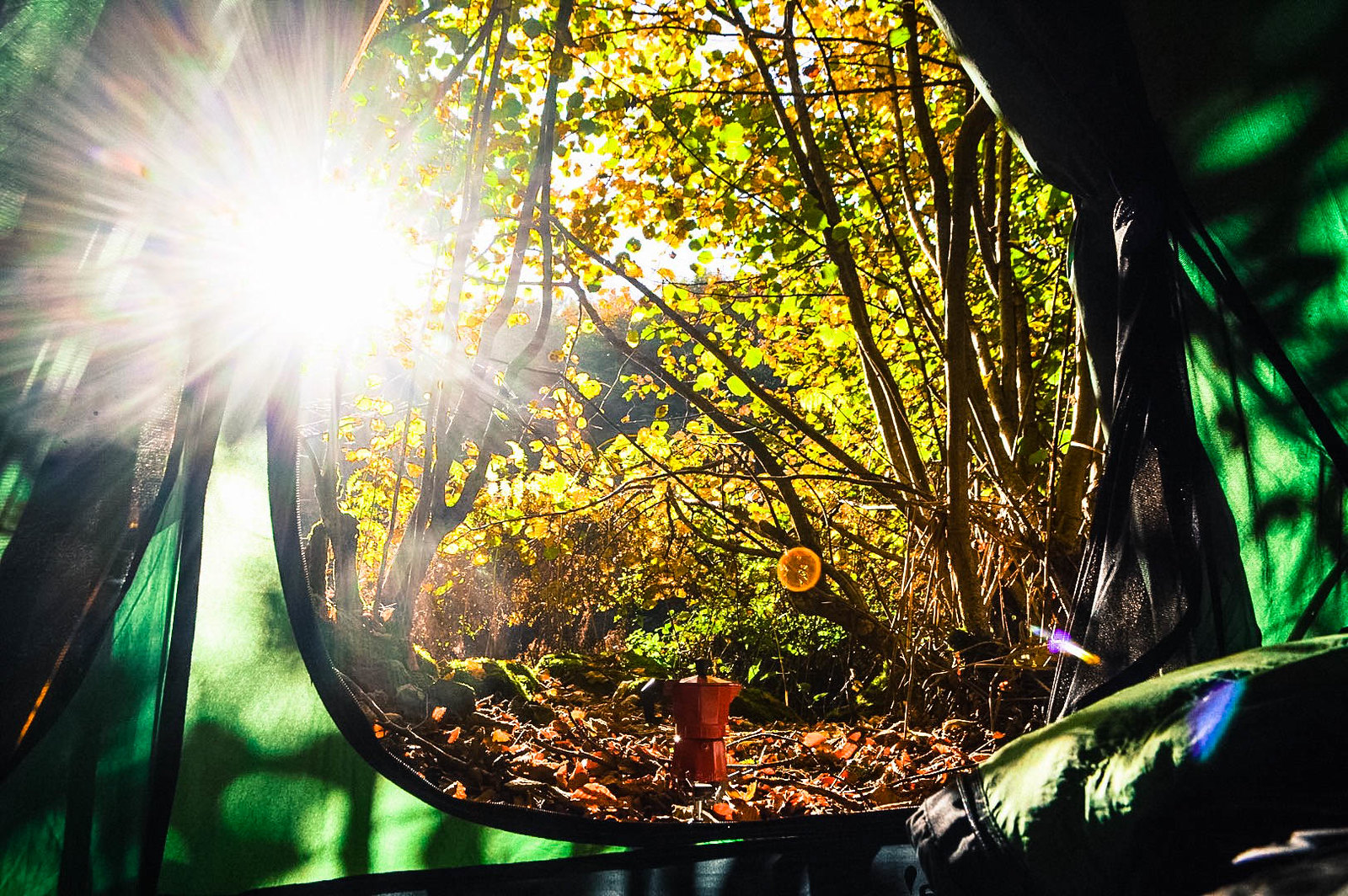 From Rotterdam to Eindhoven by train. From Eindhoven to Aachen by bike and from Aachen continuing to the Nature Park Eifel.

I’ve been working four days a week, on paper, because often it’s five days. My job is awesome. I’m never bored at the HipHopHuis. But work, even if it does not feel like work, makes a person busy. I need to be careful that I’m not working too much. Willing too much. Having too many ambitious. And suddenly my brain explode, I’m looking for distraction, and have to recover. I deal with 30 e-mails, two hours later five new ones are arrived. Do now? Delay? Delegate? Delete?

And I didn’t even start with everything else that tries to get my attention.

I quite Facebook. I’ve removed the app. Throughout the day it throws information at me. Useful. Useless. Exciting. Funny. Scary. Absurd. Appealing. After ten minutes of scrolling I have to recover for at least half an hour. I have not been created for this. What a waste of my time! Or not? What was I made for?

Two days off. That’s it. And a weekend. That’s four days. What can you do in four days?

With the train from Rotterdam to Eindhoven. Cycling from Eindhoven to Aachen and from Aachen continuing to the Nature Park Eifel. 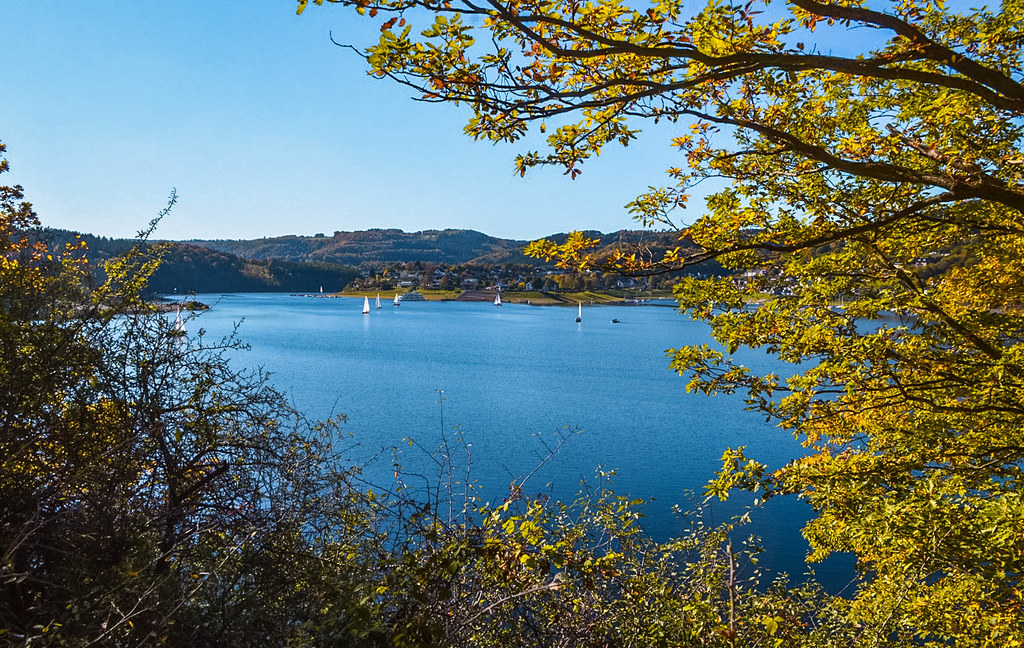 On such a trip I take with me the minimum of things. A tent, sleeping bag, sleeping mat, inflatable pillow, pan, cooking set, coffee machine and hammock. A hammock? I didn’t use the hammock. Sin of space, but I always take something that I shouldn’t have taken with me. And that’s where my worries goes out during wildcamping.

Why did I bring a hammock whom I can’t hang?

And then I realize that these are my favorite struggles. No Facebook, no emails, no ambitions, just worrying about a hammock somewhere in the forest-middle-of-nowhere. Perfect. 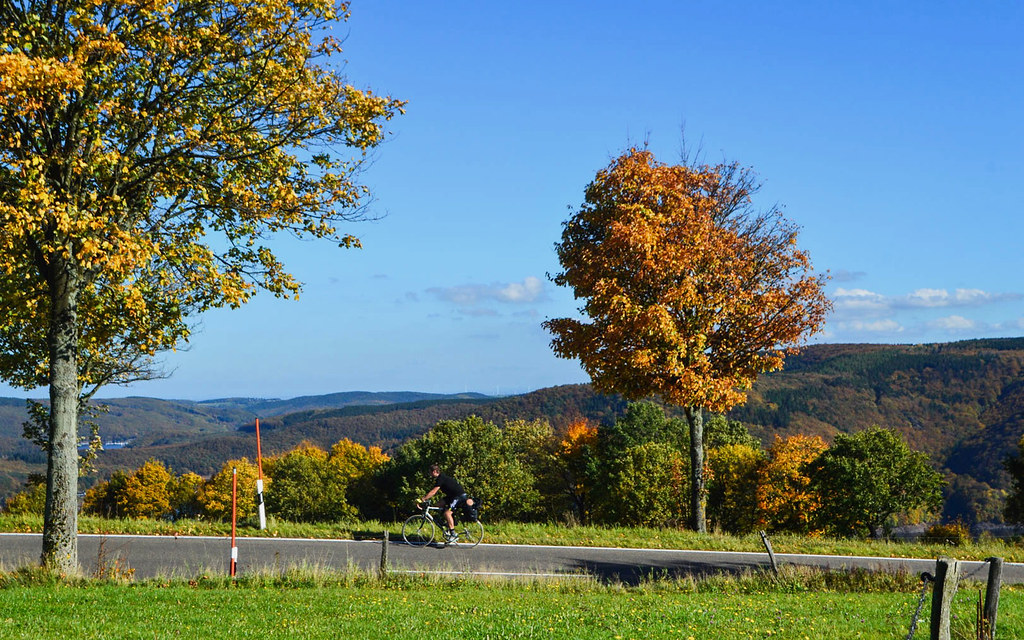 And after two days I find a campsite for a shower. Kinda needed. Of course, the average age is high on campsites in nature. I’m only almost 30, delicious. On my bike, looking for a shower. The old straightforward German aunty who receives me makes it clear that the shower is around the corner. So I walk around the corner and come across a closed door. If I want to ask the German aunty for an explanation she has disappeared.

The reception is closed.

I walk back and an old German man starts to talk to me. He is drunk and is interested in a conversation with a young man. I let him know that I can’t shower., the door is locked. He knows a solution and takes me to the ladies shower. I thank him, lock the door, get undressed and get ready to run that hot, steamy water over my salty naked skin. That feeling goes until I see a box. Such a box you need to fill with a coin, otherwise the water will remain freezing cold. I don’t have a coin.

You know what? Forget about the shower.