Today I left the Erasmus Bridge in Rotterdam. It was a somewhat chaotic start due to the people and the media which were present. But a very nice departure, I was even touched by all the motivating messages. I cycled the first part with my father and Lisa’s father. I have to get used to the idea that I’m cycling almost every day for at least the six upcoming months. Looking for a place to sleep near Vught.

In the evening in the Vughtse heath, I pitched my tent. I heard animals walking around my tent at night, scary!

During the day I took a break at the McDonalds in Best, there was a conversation with a random guy. He recognized me from Hart van Nederland and informed me that he was going to make a company donation for my campaign for endangered animal species.
Nice bike ride today, good weather. This morning I did an interview with national Radio 10 from out my tent. Was a very funny conversation, the conversation was at 8:15 AM. I always get incredibly nervous just before such a live interview, from the idea that a lot of people are listening, but in the end it’s not so bad at all.
Now setting up my tent in a nature park near the German border at Roermond. The temperature is -7 degrees Celsius.

Arrived in Drunen in Germany. Masja, my sister, and Rick her friend came to visit me with their motorbike in a hotel called Mariaweiler Hof. That was a nice surprise. The hotel night initially cost €60,- but I got the price down to €35,- including breakfast. Actually still way too much for my budget. I brought a small laptop to write and to update my blog. I have been uploading a blog until 2:00 AM because my second-hand laptop is so damn slow. A lot of frustration, I’m going to throw away the laptop and from now on update my blog with my iPhone 5s.

I wanted to cycle this morning but my tire was empty in the garage of the Mariaweiler Hof hotel. First had a breakfast with my sister Masja and her boyfriend Rick. A photo made with my bicycle and their motorbikes. Then I put a new inner tube in my bike tire. On the way, the tire continued to run empty and I had to stop pumping up the tire. Without taking the effort to prepare the tire, I cycled into the mountains, now camping near Dedenbach. It is still -7 degrees Celsius at night.

A very nice spontaneous meeting with some German people. I was struggling again with my flat tube. A man came to fetch me a new inner tube. I communicated in my very poor German. Basically just Dutch with a German accent. He initially came to take a look. I stood there in the snow with my bike upside down. He came back with the inner tube. I told him that I am cycling to Singapore. He wrote his address on a postcard and asked me to send a postcard when I arrived in Singapore. A moment later a lady stopped and gave me a Berliner sandwich and a hot cup of coffee. She had seen me on the road earlier and had come back specially to bring me a cup of coffee.
Now it’s evening, I’m stirring my lentil soup with chicken, looks good by the way. I camp next to a stream. Today I also met Anika, who works at a bakery. She gave me two coffees and later a shot of Jagermeister in the restaurant where I took a break. Was quite a funny encounter. Later on I cycled through Koblenz, a big city.

I sit by a nice warm campfire in a forest. Today I climbed a big mountain, it didn’t stopped. Lots of snow on the tops. The temperature is -7 on the temperature meter again and I don’t know if it’s right. It feels that way. The fire keeps me warm. Today I had a stop for a lunch with some eggs with spinach.
Summary of the day: cycled a lot, it was heavy, I’m now at 570 meters altitude, good exercise for the Alps later on.

Cycled through bigger hills and have seen a lot of snow and mountains. In the evening through a tourist information point, searched for a place to spend the night. The youth hostel was closed, I ended up at Pension Rosegarten. The cheapest in the area. I’m hosted by Mrs. Holschuh in Michelstadt.
In the evening went to the McDonalds in Michelstadt for wifi to call Lisa. Lisa was sad, that hurts me and makes the journey harder. Hopefully she can get used to it soon the fact that I’m away for a while.

Had breakfast at Pension Rosegarten, actually way too much for my budget, the price is €35,-. Today I’m going to a youth hostel in Erbach for a final night of rest to prepare myself for a 6-day trip to Austria with only wild camping.
I have bought new handles for the mountains. The others were made of iron and felt very cold. Also had a nice conversation with Lisa via Skype.

Long cycling day, with a break in a gasstation. In the evening I worked on my video on Imovie on my Iphone. It will be the first episode of this trip. Nicely edited from out of my tent.

The time on my phone was wrong. I was shocked because I thought I slept too late in the day. Apparently not to be like that, I found out later in a village. I left at 9:30AM.
A nice conversation with a German man in a bakery where I was warming up at noon. Later in the day I found a camping spot in a piece of forest between meadows. I asked a lumberjack if I could sleep there. He said that the forest belonged to the congregation and that it would probably not be a problem if I went to sleep there. I dreamed very well and woke up very rested. I am starting to relax a bit more and really come to myself 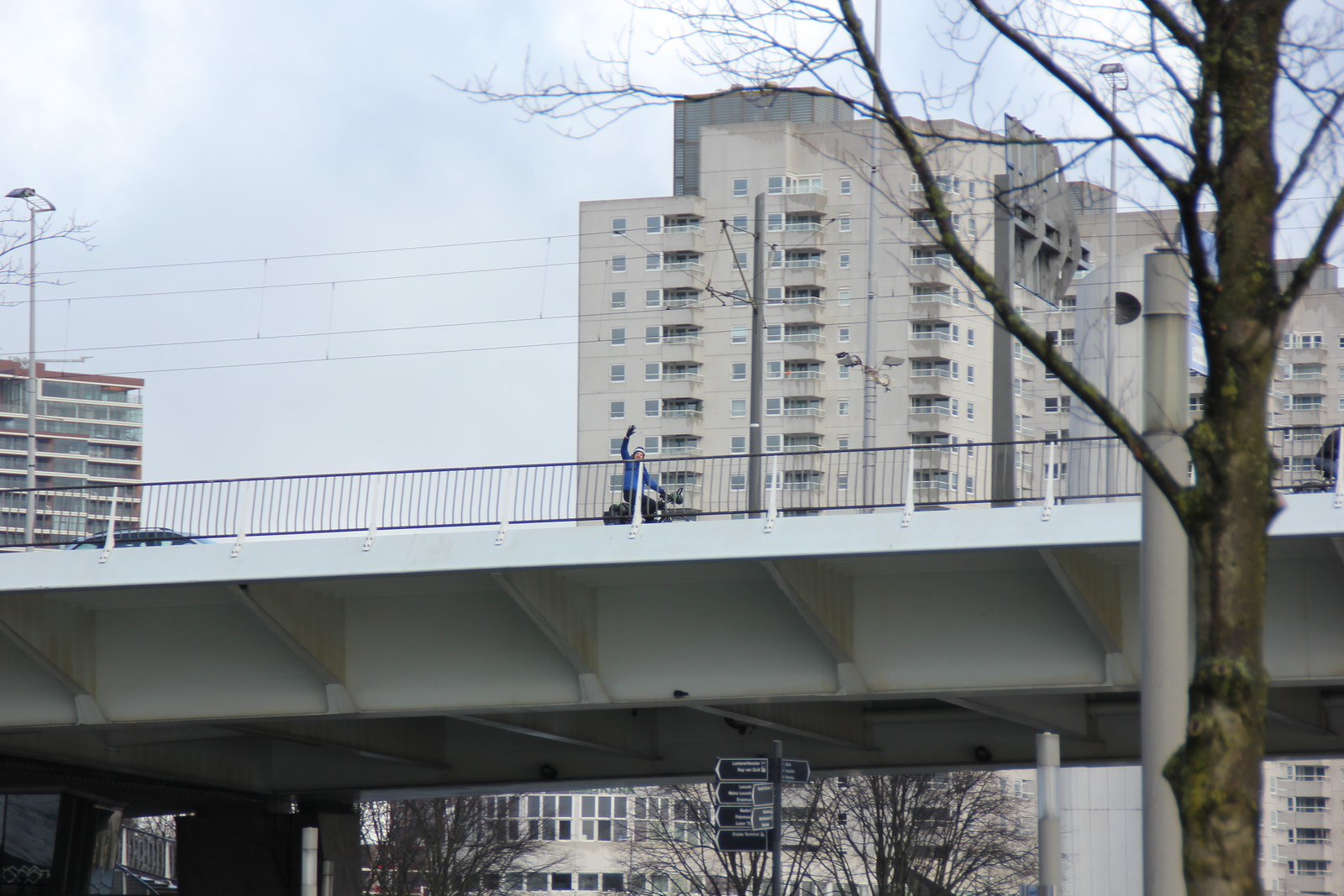 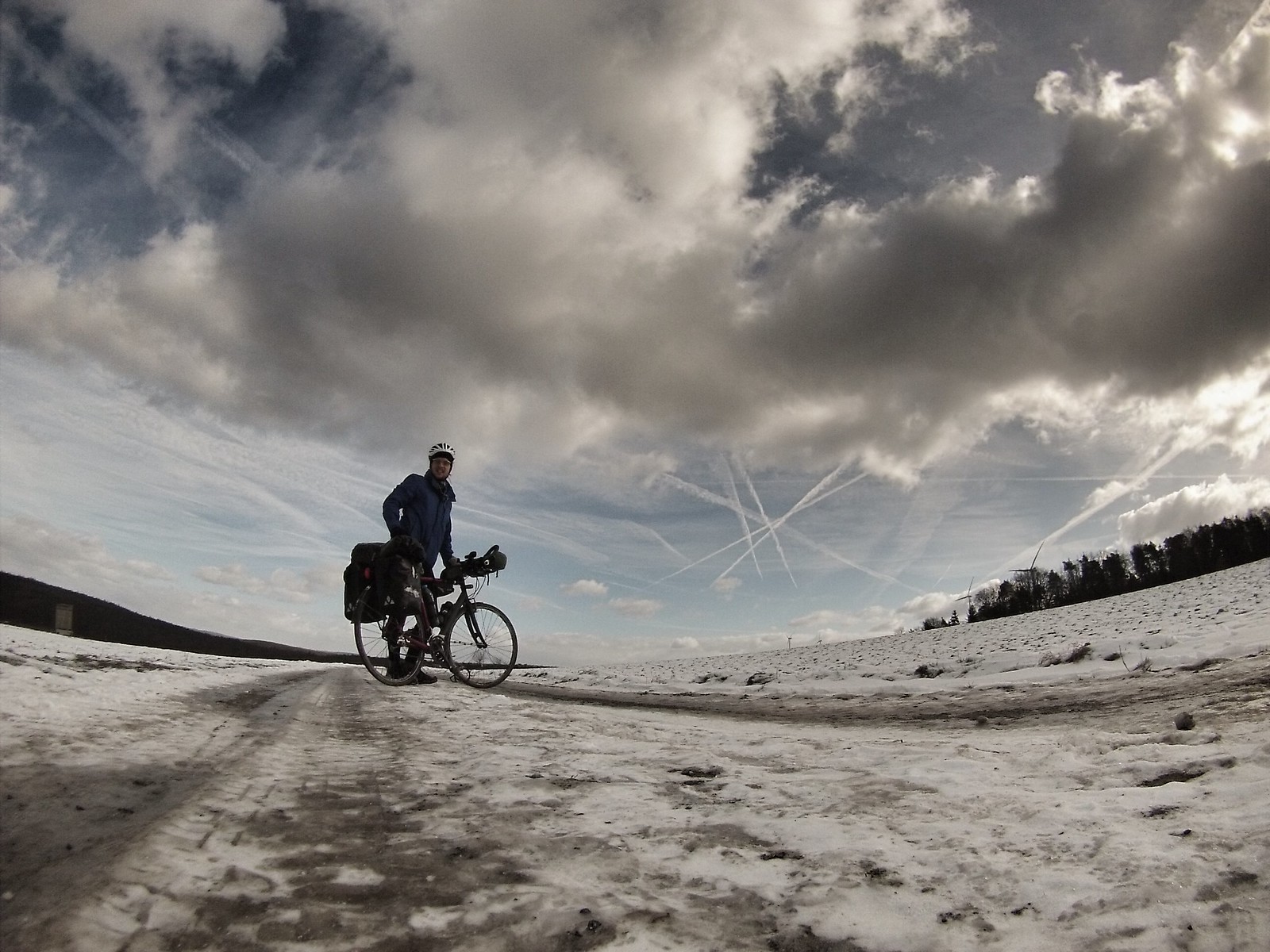 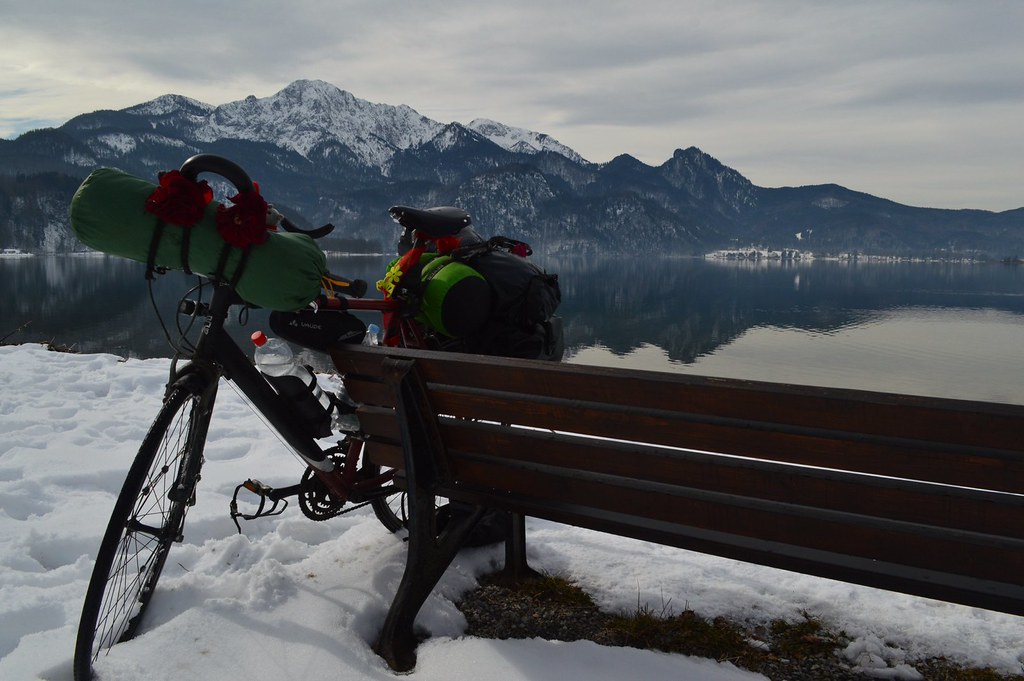 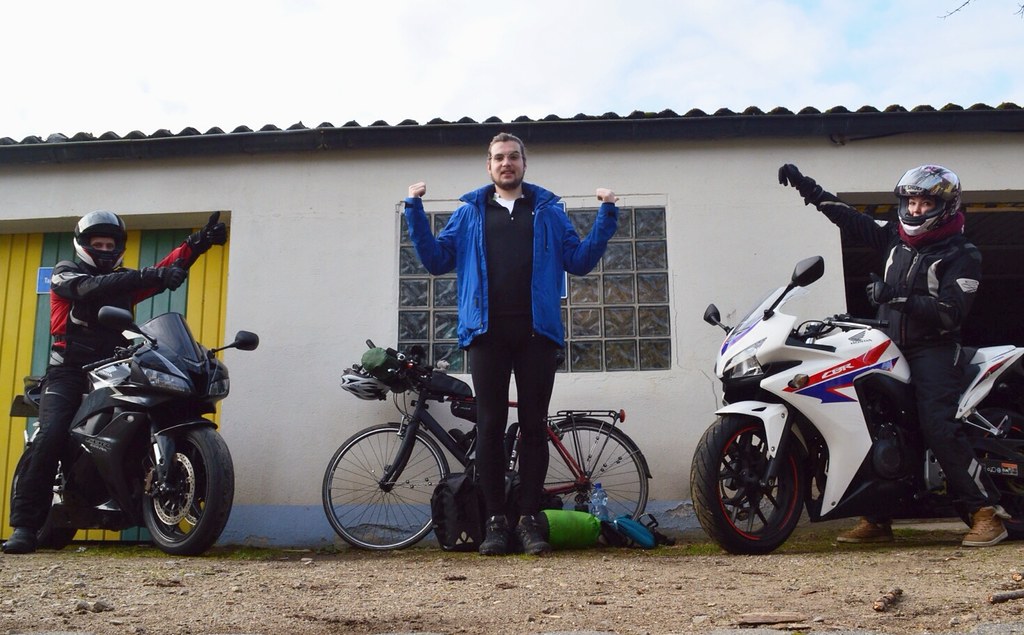 The plan was to cycle out of Europe as quickly as possible and go to Turkey. I wanted to cover a lot of kilometers in this first week, preferably 100 per day. My budget for the entire trip was no more than €5,000, so sleeping inside every night gave me a double feeling. The first days were unreal because I didn’t fully realize what I had started. The adrenaline rushed through my body for days. I slept well outside, especially because it was dark early. After ten days I started to get some space in my head through the long days of cycling and nights of sleep. The thoughts slowly went away and made way for the realization that what I dreamed of for years was now becoming real.