“Hello, hello! Yangshuo, Yangshuo!!” We walk out of the Guilin Railway Station and get directly offered a lot of things. “Busse, busse! Tagessè, taggesè!” If you go to a place in China that is printed on a national currency bill, you kinda know it already. It’s a touristic area. But we know that it’s worth it to be here, the nature is really breathtaking.

We soon find out that in Guilin there is a fence installed around the most famous mountains. To enter, you pay at least 80 yuan (12 euro) entrance. Those mountains we skip today and we go for a nice alternative walk around one of this areas called Seven Stars Park. This gives us a peek into one of the buddhist monasteries in the city.

The next day we stroll a bit through the center of Guilin. 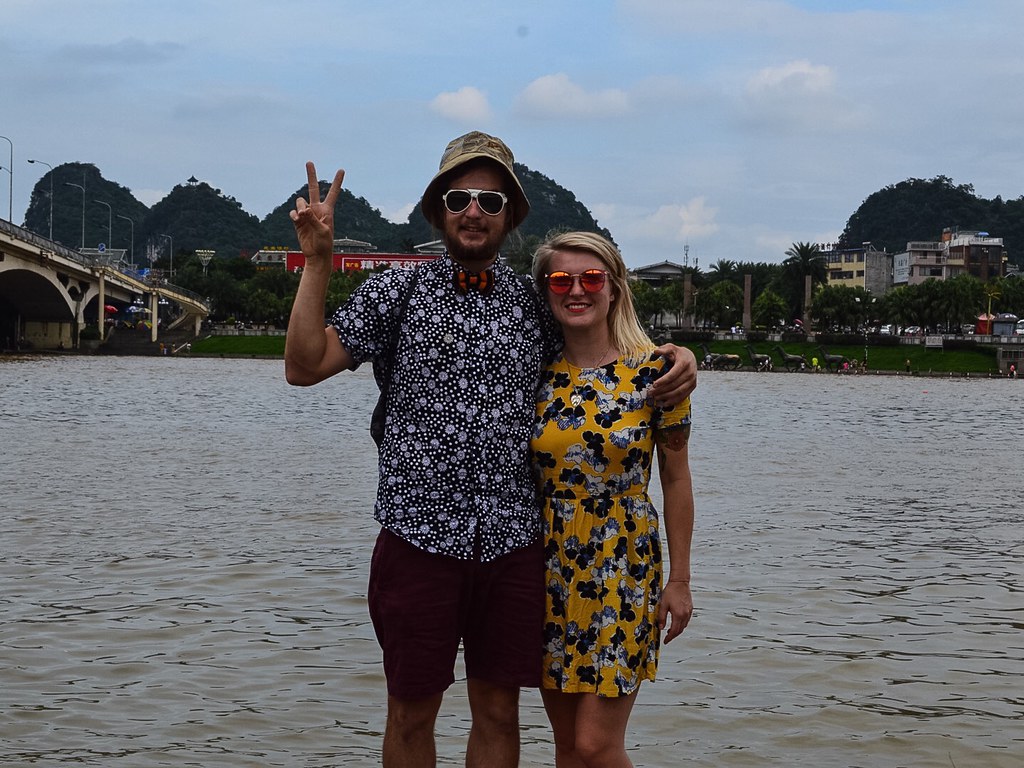 In the afternoon a nice Chinese guy start to walk next to us. “Did you know this street is full with artists on Sunday?” He start the conversation. He tells us later that he is an English teacher and gives us some tips. “I know, cause I’m local!” We end up with him in a travel agency. He start to help us with booking a tour from Guilin to Yangshuo. One of that boat tours that goes along the Lijang River. “This is really cheap,” he explains. I am starting to change my mind about that whole English teacher thing. Probably he isn’t an English teacher at all and walks around here to convince tourists to make a tour booking. Later I hear from other backpackers that in the tourist areas in China this often happens.

This whole scene, I haven’t seen in the last six months of traveling by bicycle. I appreciate again the free exploring on my bike. I could at least take a d-tour around the touristic spots. The busy places, with intrusive people, which are far more expensive. Anyway, there is of course a good reason for that. This place, Yangshuo, is known as one of the most beautiful and unique places in China. We decide to accept his offer. Some days later we take a bus and later a boat through the beautiful Karst scenery to Yangshuo. 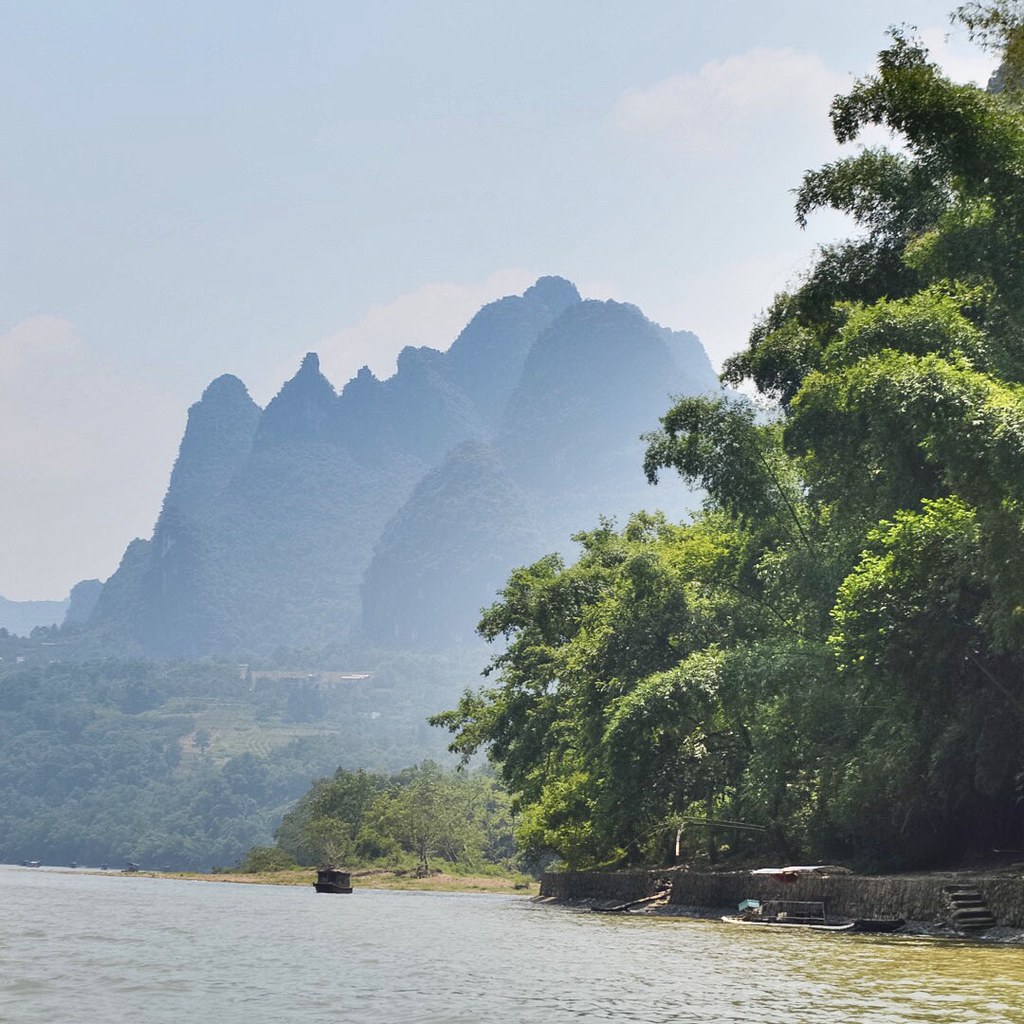 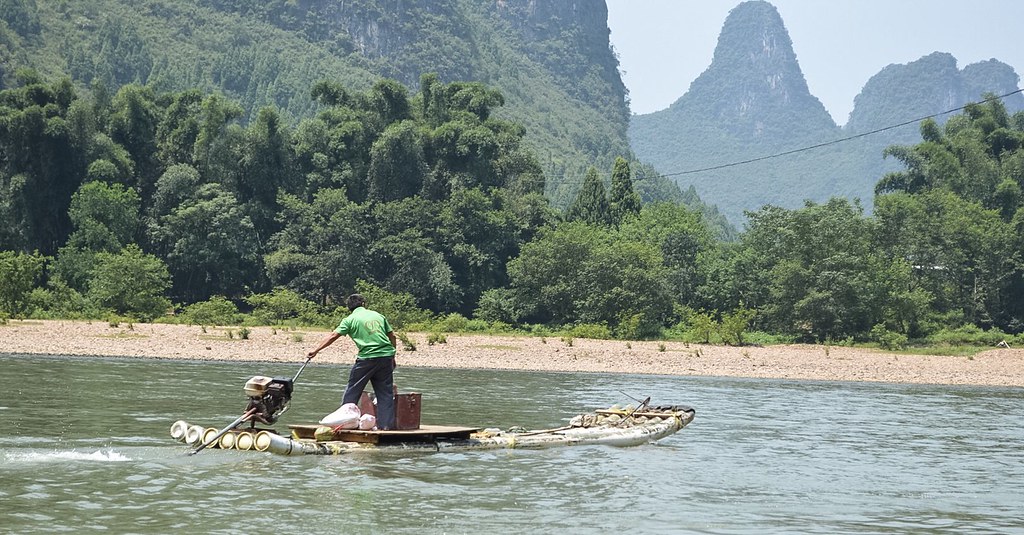 Somewhere in the 80s, Yangshuo was probably a small village with local farmers who lived their life’s in a simple way. At a certain point this place was ‘discovered’ by travelers. This has changed quite a bit for the environment and its inhabitants. New income, more development and a more varied lifestyle. But also the opportunity to eat a German hotdog which is even prepared by a German chef. Judging by the queue it’s probably a blockbuster for the Chinese tourists. There even circulate that the meat in these hotdogs really is dog meat. Because yes, dog meat is eaten in this region.

Fortunately around Yangshuo you still will find the authentic spots. Places where the locals still walk around with water buffaloes along the river. We get together with a Belgian couple and a French girl on bicycles to ride along the Yulong River. Here we get some experiences about how the local people still live their lifes with cows, water buffaloes, fruit trees and rice fields. 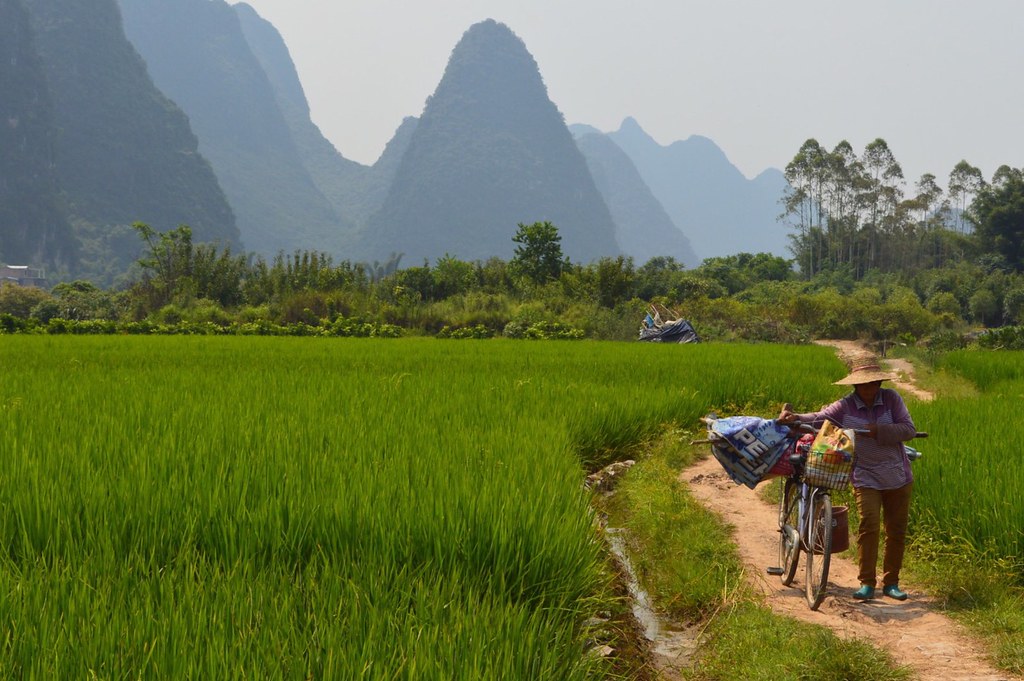 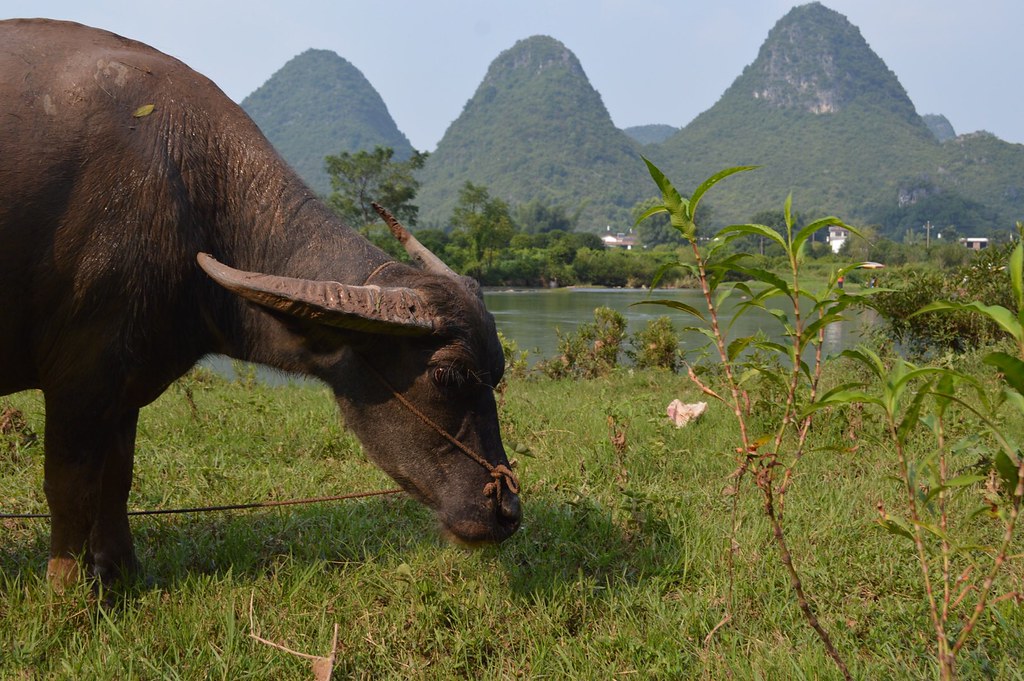 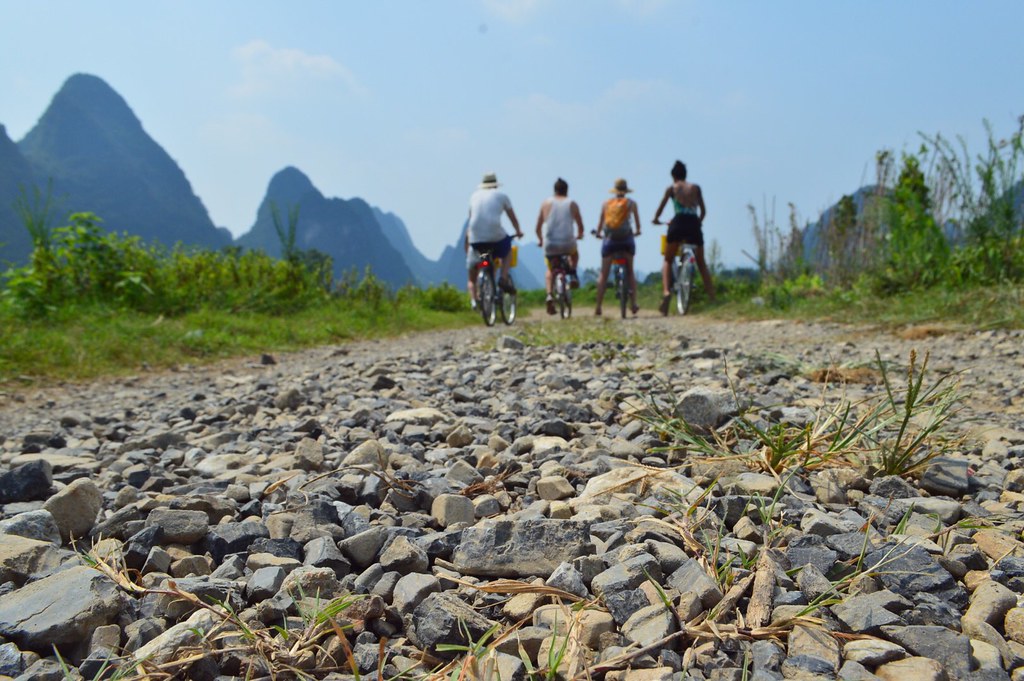 That cycling thing is chasing me a bit, even if I’m trying to travel by public transfer.

Do you still remember that I’ve been robbed from my phone two months ago? That was definitely a low point in my journey. Not because of the device, but for the whole update system of blogging, photos and videos, which fell apart. Not long after that a lot of people decided to donate money, to ensure that I could continue doing what I enjoy. Writing blogs, taking photos, editing videos and publish it all. To give people a glimpse into the journey and let everyone enjoy with me.

The donations including a little money from myself was enough to buy a new phone. I’m very pleased with it and therefore it won’t take long before I upload a new video update! 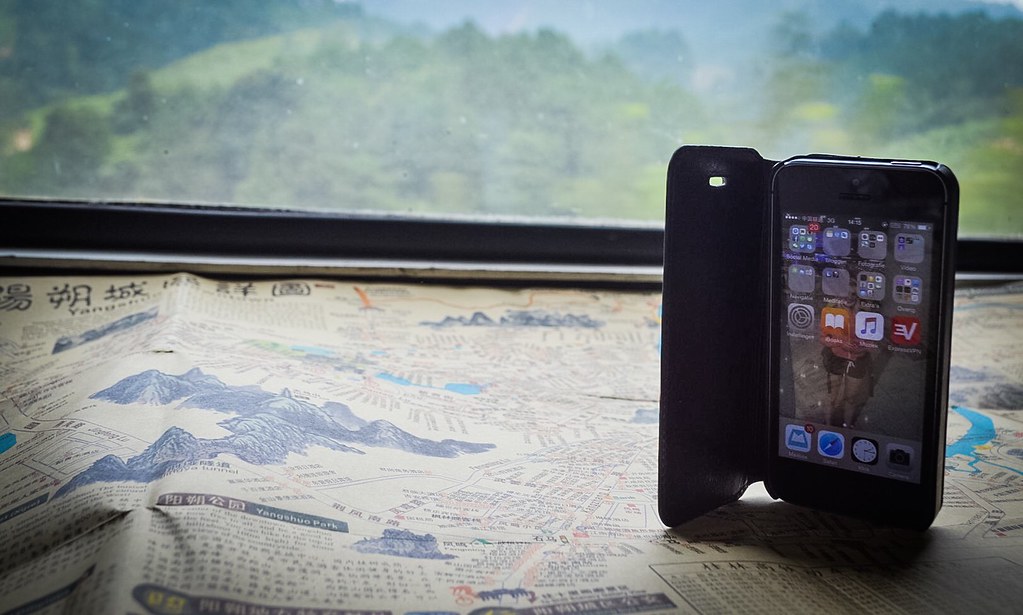 Everyone who contributed, really, from the bottom of my heart, thank you so much!