I talked with a man in Belgium. His hair was gray and he walked along a river with a little dog. He told me that the Dutch minister of public health is actually much too young to be in that position. Nor would he think that it would be strange if he snorted some cocaine every now and then.

I thought that this was a bit far-fetched.

He didn’t stop there. Now that I was listening to him, he also started arguing on all those unreliable COVID vaccines.

“The public health service called me in and I said nicely that I didn’t want the thing.” he said in a proud voice.

“And what did they think about that?” I asked curiously.

He looked at me a little indignantly as if that was a stupid question to ask. “What can they do? They have nothing to do with this decision. That is mine to make.”

How cynical you are, I thought. But I also thought he might be a lonely person. His wife hadn’t been around for a while and he’d only taken a dog ever since.

According to him, the six kilometers he walks with this dog along the river every day is enough to keep that nasty flu out.

Sure, I thought, and with a friendly greeting I went along with my little bike ride. 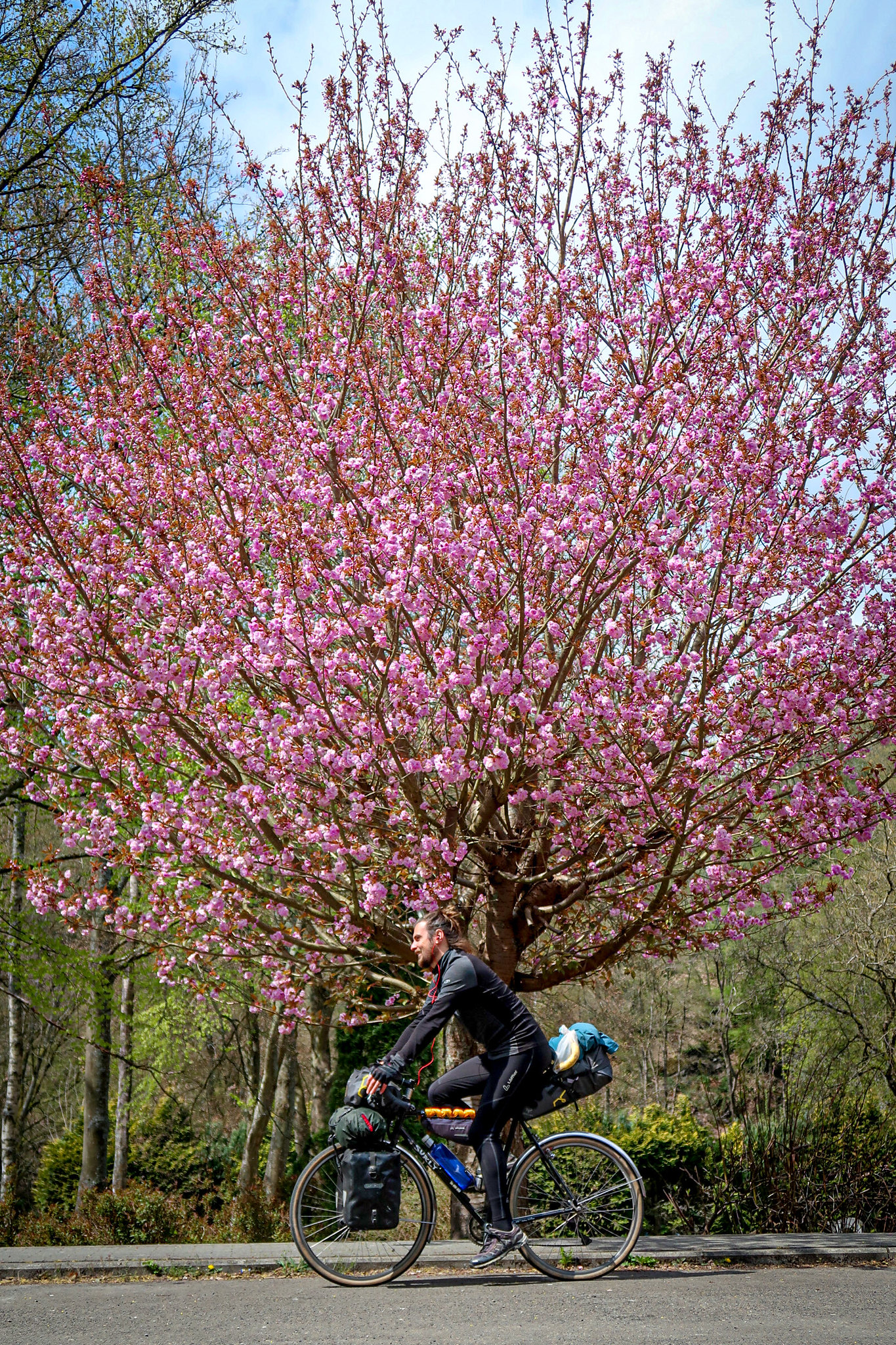 I was cycling to the Belgian Ardennes to relive earlier times. Times when I still had my backpack on my bike, constructed on a shelf on my luggage carrier. Now I was on the road with a nicer bike, better camping gear and, most importantly, with more time to spend.

I went along the river l’Ourthe through places like Durbuy, La Roche, along Le Lac de Nisramont, but also through Rochefort, Dinant and Namur. Only in Durbuy did I sleep in a room halfway through the journey to take a shower. Although the weather was changeable, I managed to go wild camping in different places and I could even take a dip in one of those rivers that I passed. 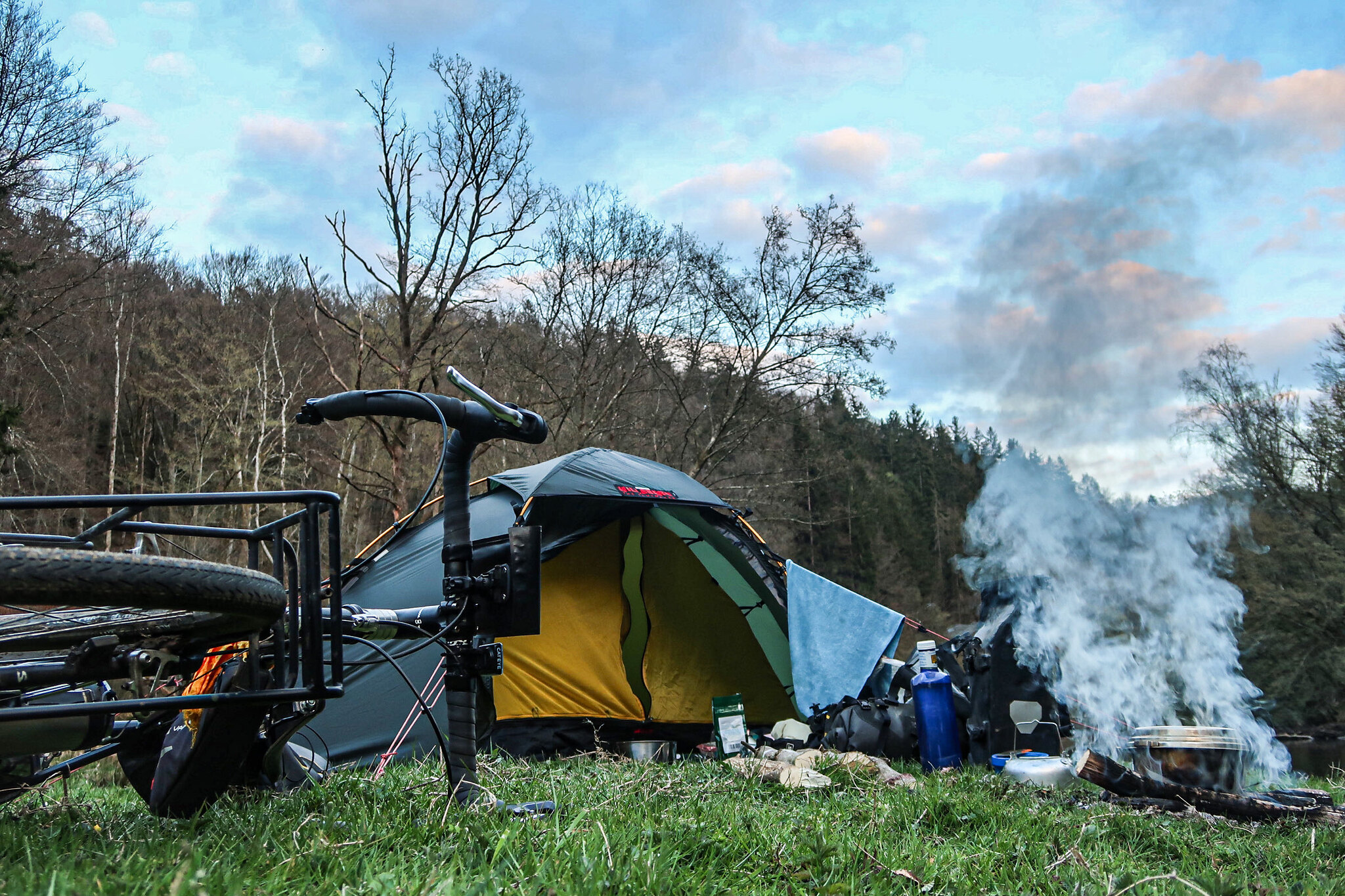 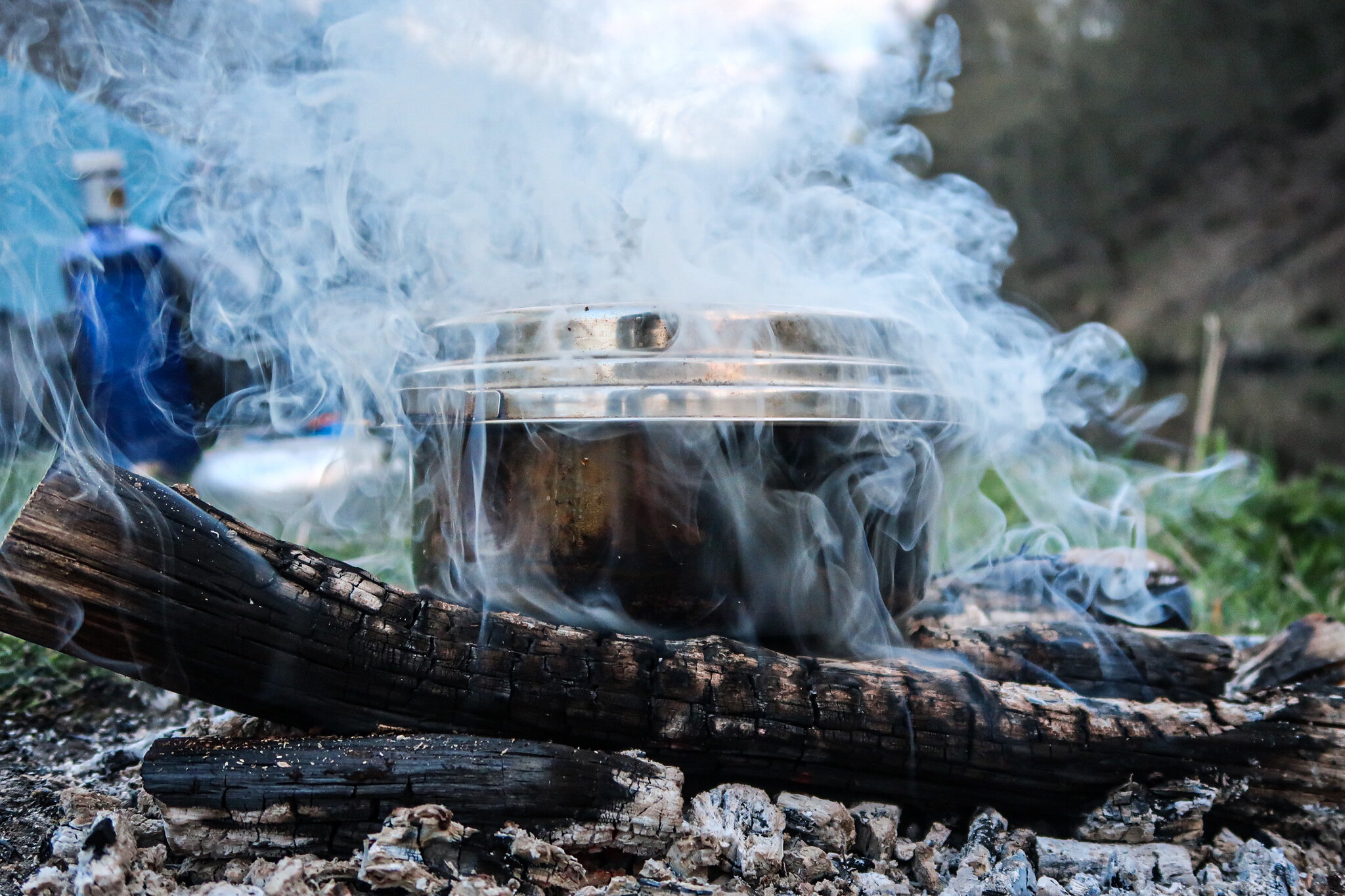 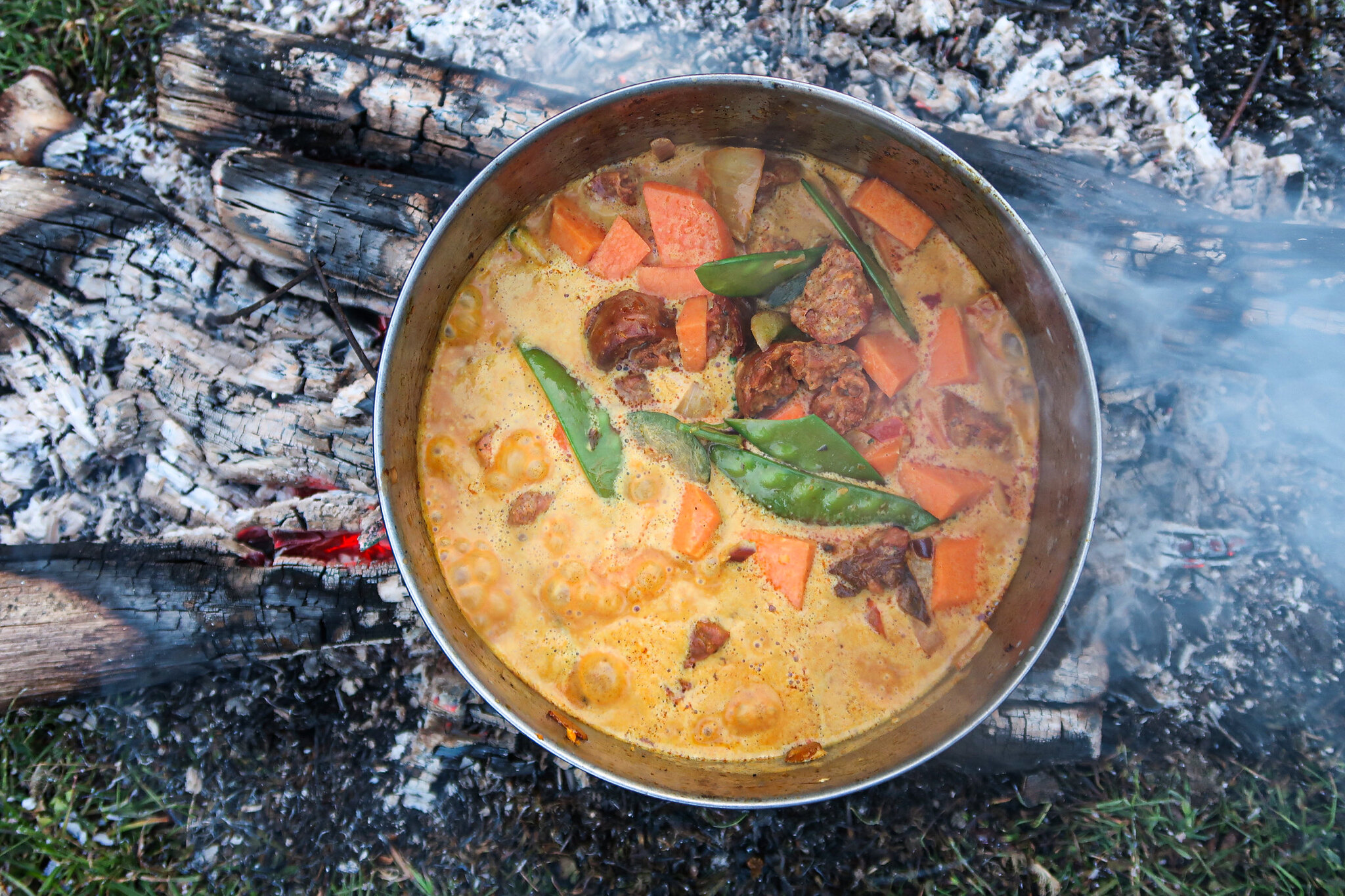 A little further north in Belgium I had packed my tent and was walking back to get back on the road, when suddenly I was face-to-face with two men who were cutting down trees. I always carefully look for the places where I sleep to hope that I don’t meet people, but I can’t help that it happens every now and then.

They looked at me kindly, like, hey, how did you hide here for a while, where are you from all of a sudden? My thoughts ran for a moment, maybe they didn’t appreciate at all I was here walking around in a forbidden part of the forest. 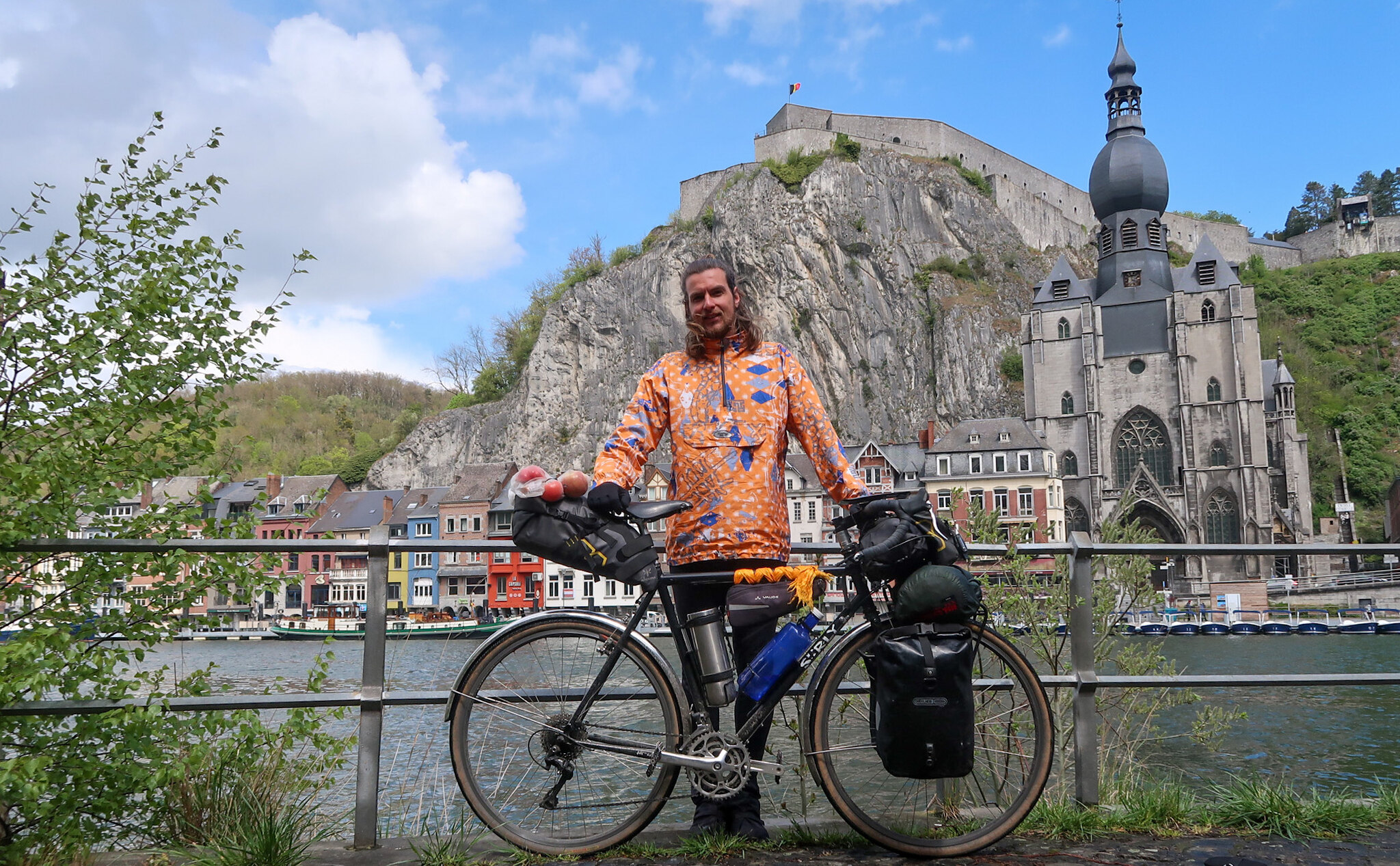 To avoid this discussion I asked about what they were doing.

“We are cutting the bird cherry tree because this exotic tree is taking over the whole forest” said the man with a short beard and a serious look. “People once transferred these trees from America, in order to get timber quickly.”

“And why do they call them bird cherry trees?” I asked them.

“The birds eat the cherries from the tree and spread the seeds all around.” added the other man. He had a friendly look and also looked curiously at my bike, “And what are you doing?”

I told them about my short trip to the Ardennes. They looked at each other as if they completely understood the purpose of the universe. He said with a smile: “You Dutch can exaggerate so much with all that cycling.”

That made me smile.

As I continued the hours in the saddle I noticed that spring was here and I felt really happy about it. The thoughts and feelings of this made me take out my journal and I wrote down this little words:

‘It’s freedom of moving in different spaces. The energy shared with strangers. The solitude times spend in nature. The adventures of every day roads and weather undecided.

When moments in life all seem confused, senseless, lost in translation. When I cannot explain, neither complain for what reason exactly because nothing is against me.

When moving makes me feel light in between moments clouds of doubt turn into rain feeding life. When senses become aware and all i know is that i know nothing is solid and everything is changing.‘