Curiosity brought you here: Home › Adventures › Cycling from Rotterdam to Singapore (2015) › China › Are you journalists?

After a month backpacking with Lisa, my girlfriend, I departed from Kashgar in the Xinjiang Uyghur Autonomous Region in China. I follow the northern border of Tibet to the city of Xining. In this blog I get back on the bicycle, along with Ringo and a German boy, Thorsten. On my way to Singapore.

Thorsten shouts at me from behind: “Just a stop to buy a beer!” 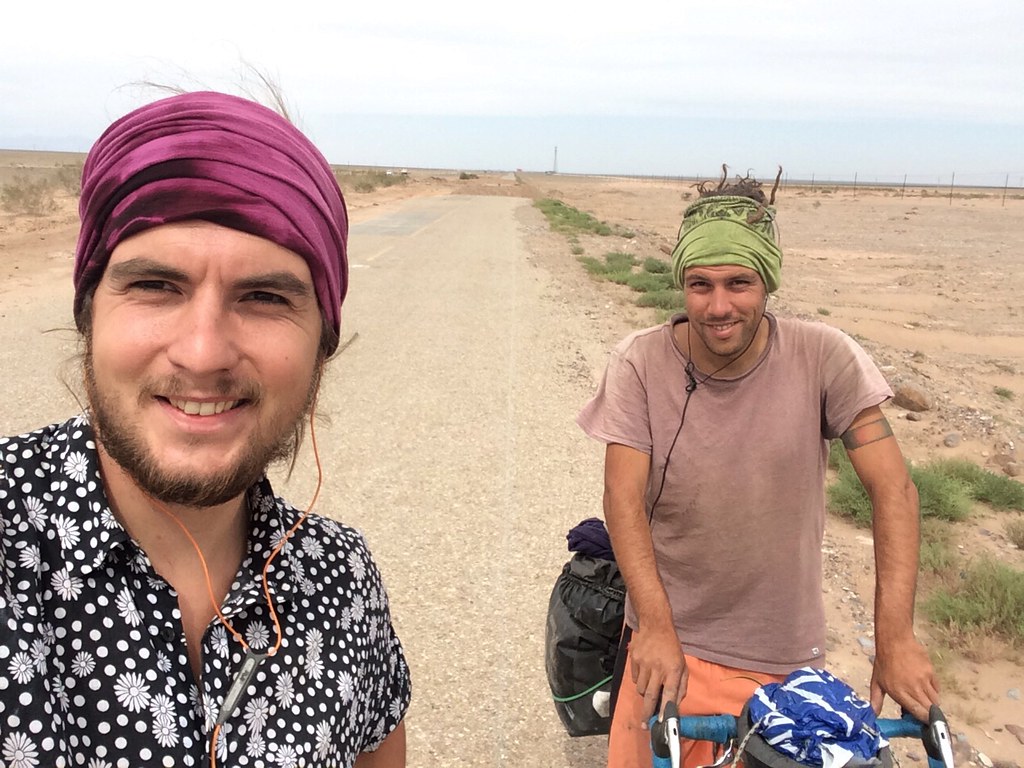 We stop and sit down together at a shop somewhere in a quiet village after the town of Yarkand. There are joining some Uyghurs out of curiosity to look at us. Uyghurs are an ethnic group in western China. They are of Turkish origin and live the Turkish culture. It’s not the people I thought to encounter in China but rather unique as I have experienced no other population. 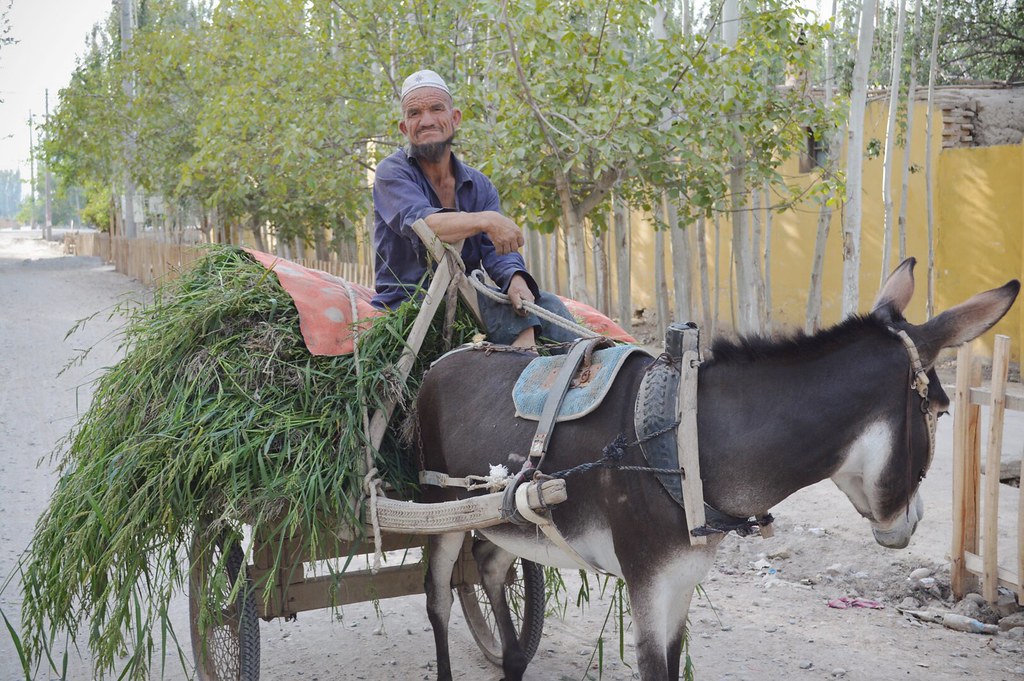 If an Uyghur farmer on his strained cart with a donkey comes along I decided to go after him for a photo. Something I might not have done. If we want to go further we are stopped by a man who makes it clear that we can not leave this place. He continues to stop our bikes and start making calls. I start to worry. What is going to happen?

Since two days we left Kashgar. Thorsten I met at the Old Town Youth Hostel in Kashgar. He asked to accompany me and to go together towards the east. The road goes through the dry climate of the Taklamakan desert towards the town of Hotan. 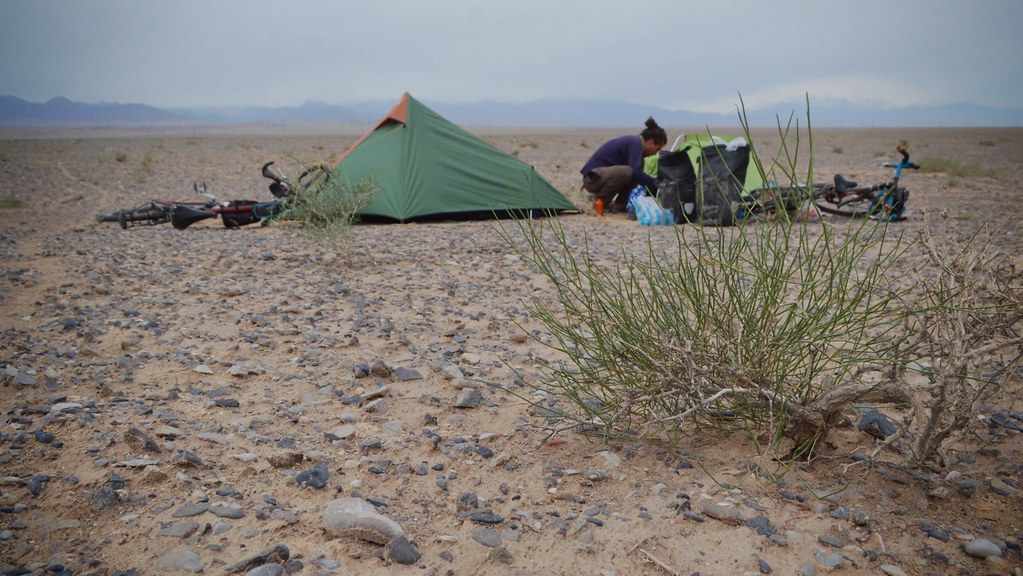 Suddenly a guy with a black t-shirt printed with big letters ‘police’ is joining the scene. Where are we? Are we in trouble? A moment later, a police van arrive. And moments later a big black jeep with a flashing light on top of it. There are a number of people gathering around us and we need to put our bikes at the shop.

They are telling us that we should come with them and that our bicycles are staying here. “Passport, camera!” They say in poor English. I decide not to leave my bicycle here in the middle of nowhere behind and make that clear. It all works not so good, no one speaks a word of English. It turns out that we have little choice, we must go with them to the police station.

After a short but fast ride we sit down moments later on a square on two chairs and with a delegation of people standing around us. Fortunately there is someone who speaks English. He begins to question us: “What are you doing here?” We explain that we are tourists. “Are you journalists?” He ask us moments later. Our cameras are checked by a lady who probably has the lead in this whole situation. She starts to smile as I show our camping photos and some photos of the local Uyghur population. 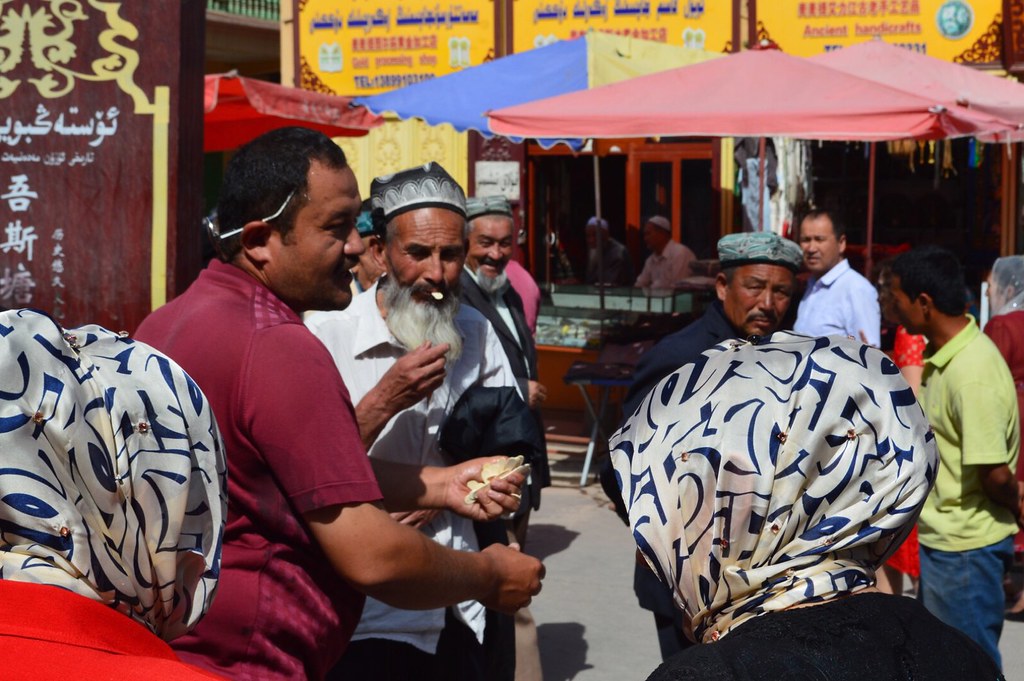 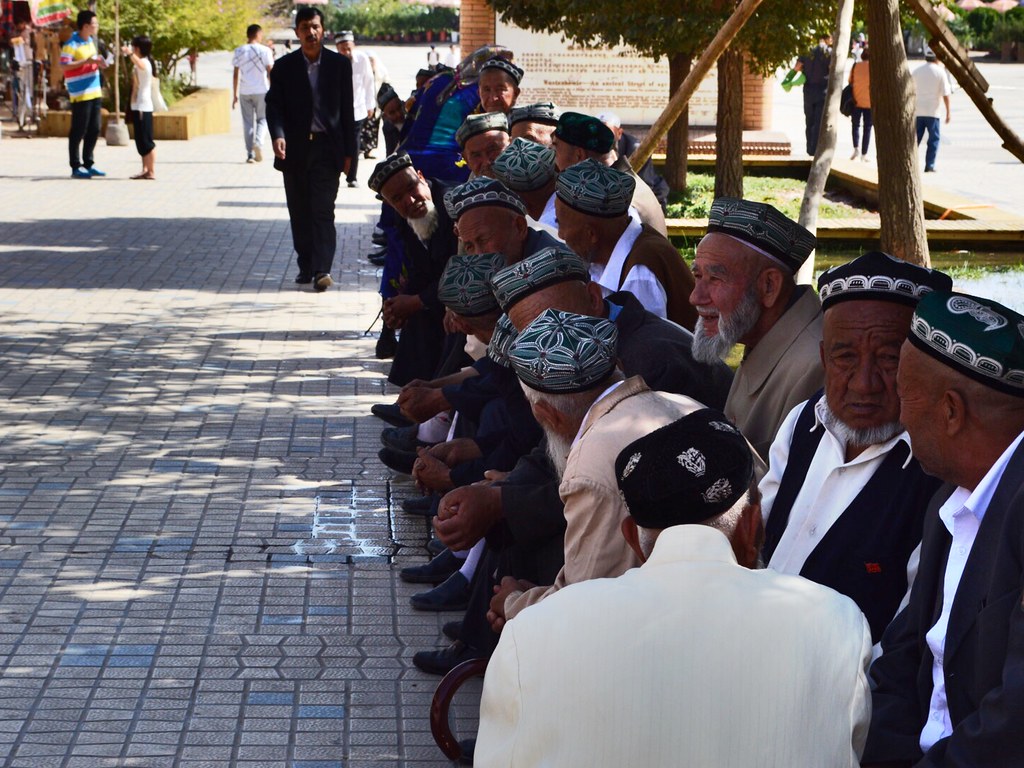 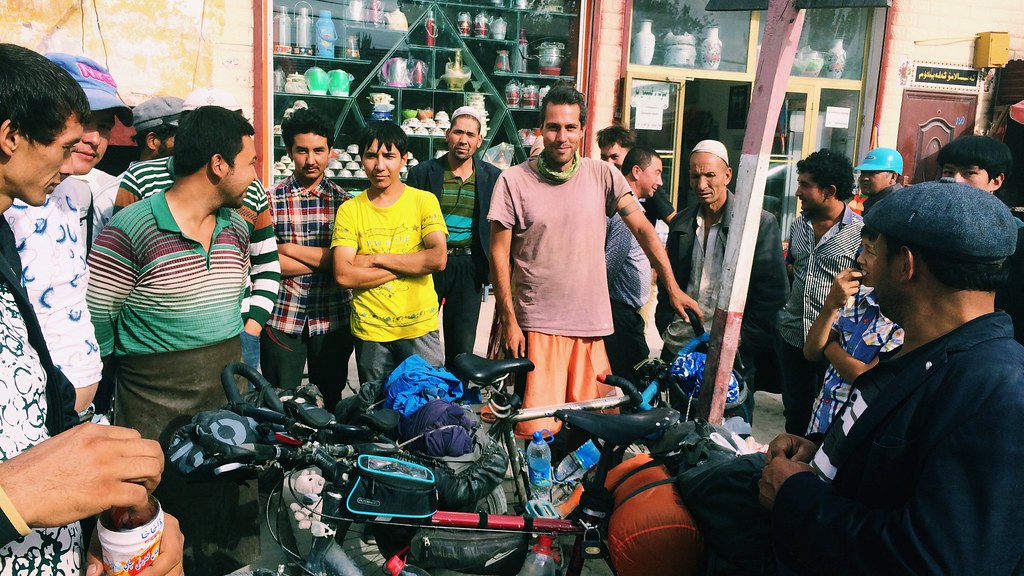 A moment later they start to take pictures from us, they seem to find us interesting. Probably they got te thing that we’re just naive cycle tourists and no suspicious spies. We are brought back in a car and get entertainment from a video clip of the Backstreet Boys played on a screen on the dashboard. A little later we are back at our bikes. Before we continue, they bring us to the nearest police checkpoint. Our bikes are loaded into a local farmers tractor and we get back in the car with now a song of Westlife. They leave us 5 kilometres further at a police checkpoint.

“You go cycling from here and you have your freedom back. I advice you to take a hotel in the next town. You guys need to take a shower.”