Curiosity brought you here: Home › Adventures › Microadventure › 5 days of cycling to the Ardennes

I woke up in the early morning in the middle of the nature with rustling next to my tent. Help! Isn’t that the sheep dog of the woodman? Because I have no desire to pay a fine for wild camping and that is strictly forbidden here. I zipped my tent and took a look around outside, I’m shivering from the cold but fortunately I see no evil woodman watching me. Quietly I start to warm a cup of coffee, and then suddenly… rustling again… I looked carefully along the bushes where I’ve set up ​​my tent. And then what I saw next, I will never forget anymore in my whole life. Two wild deer run across by leaps two feet away of me! What can the unspoilt nature be beautiful! This is it, this is where the feeling of happiness takes on another dimension. I feel free, I feel good, why have I not done this trip before? 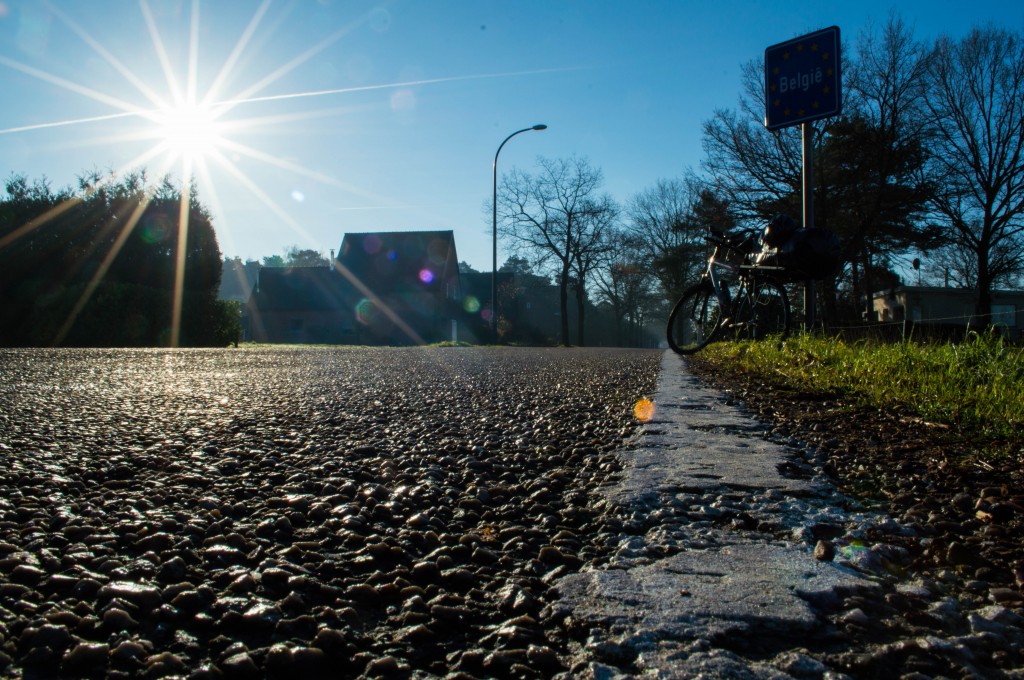 The last few days I went for a bike ride from my hometown to Belgium towards the Ardennes. An unforgettable adventure, and it took only five days. I had a goal to reach. These five days in Belgium I wanted to reach the city Spa. This is about 250 kilometers cycling through the south of the Netherlands and the north of Belgium. The challenge was the cold, it was freezing at night and during the day you are sweating from cycling. Sweat mixed with cold is not always easy. 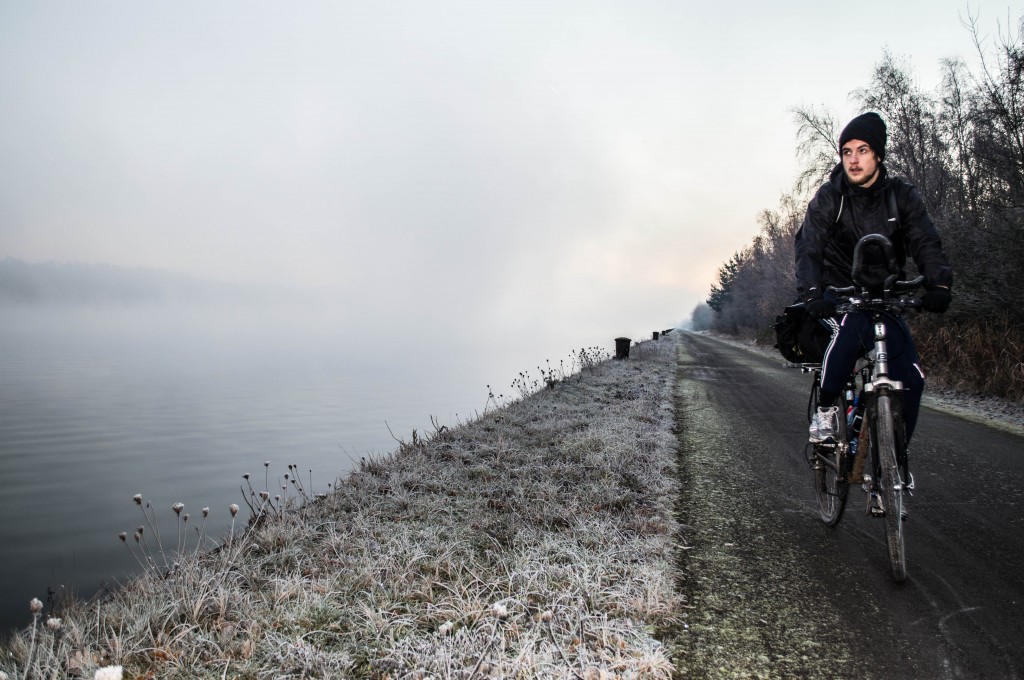 The first day began tricky, I got lost twice and did not come across the border in Belgium. After three hours, a little bolt sprang and this bolt was holding my luggage! This made ​​the start totally exciting. If the other bolt was about to give it up then I was totally cracked within one day. Luckily I traveled by the end of the day along a bicycle store  (Halfords) and a very kind worker helped me out here with two longer bolts in the carrier. I was saved! During the rest of the trip, I had absolutely no problems anymore and this homemade construction worked perfect. 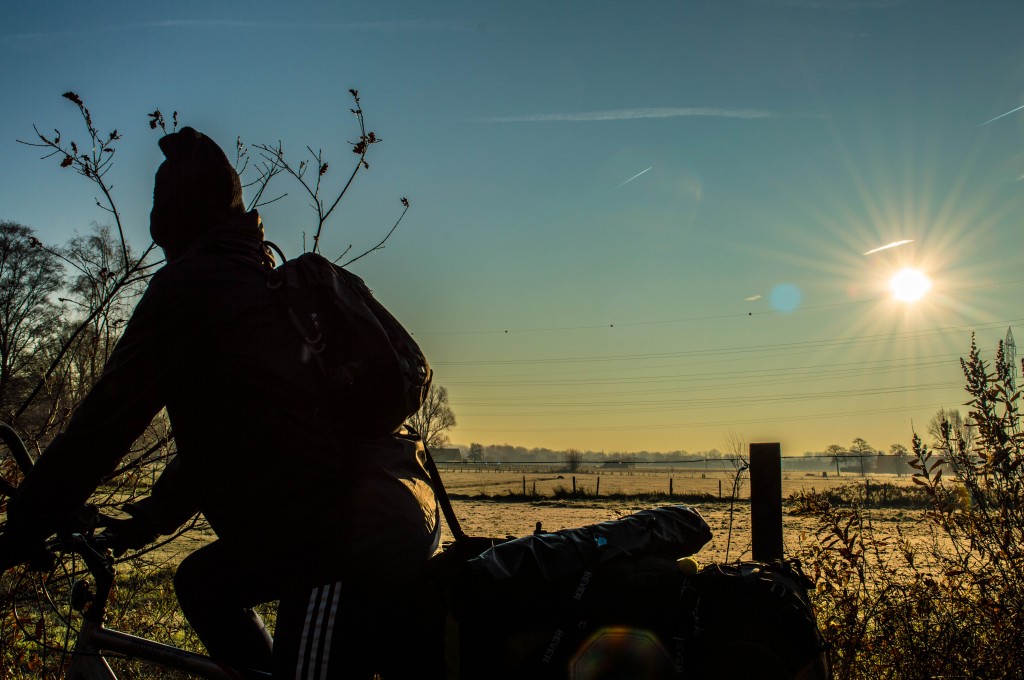 In the first day the sky was still pretty cloudy, the second day I couldn’t detect any cloud anymore. The weather was beautiful! I was so much enjoying it with my camera along the way, that two motorists thought I was hit by a car. I have to say, the Belgian residents are very neat and friendly people. All the people I asked something along the way were very nice and helped me right back on my bike. Before I knew it, I had yet another conversation about my adventure. A guy in Lommel told me that he has cycled towards the coast in East Belgium. He told me: “everything you’ve done, no one can undone anymore.” I agreed very much. 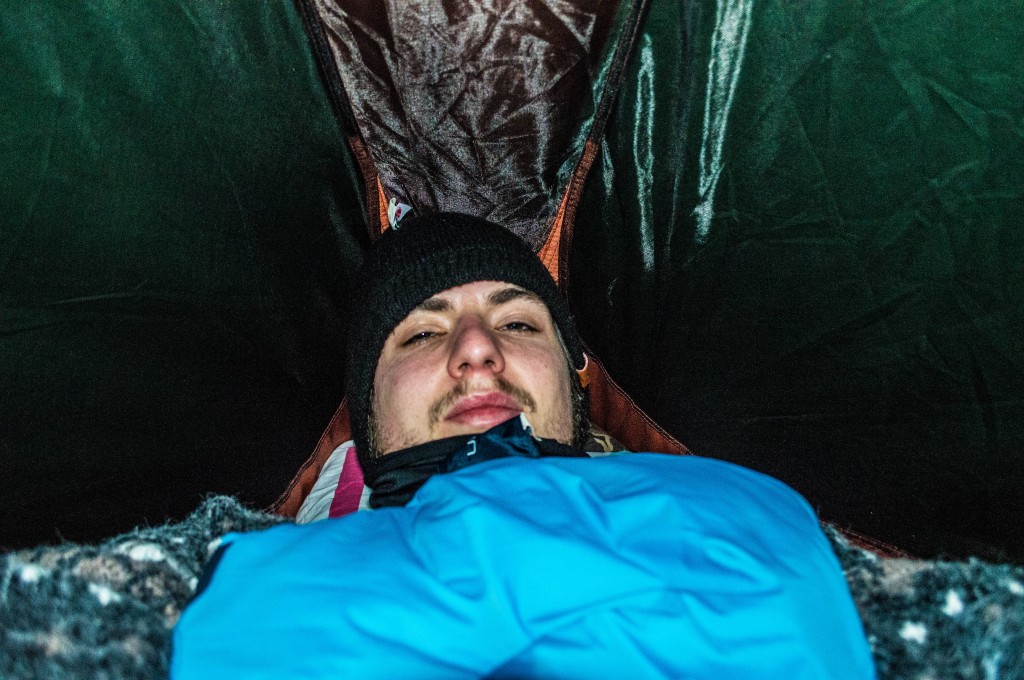 After the second night, which was very cold (minus 5 degrees), I decided to look for a cheap hostel to warm up a little and to get my stuff washed and dried a bit. This was incidentally the biggest cost that I made during the trip. Total for food and drinks, this hostel and a luxurious lunch I had lost about €75,- for a five day winter trip. Not bad right? 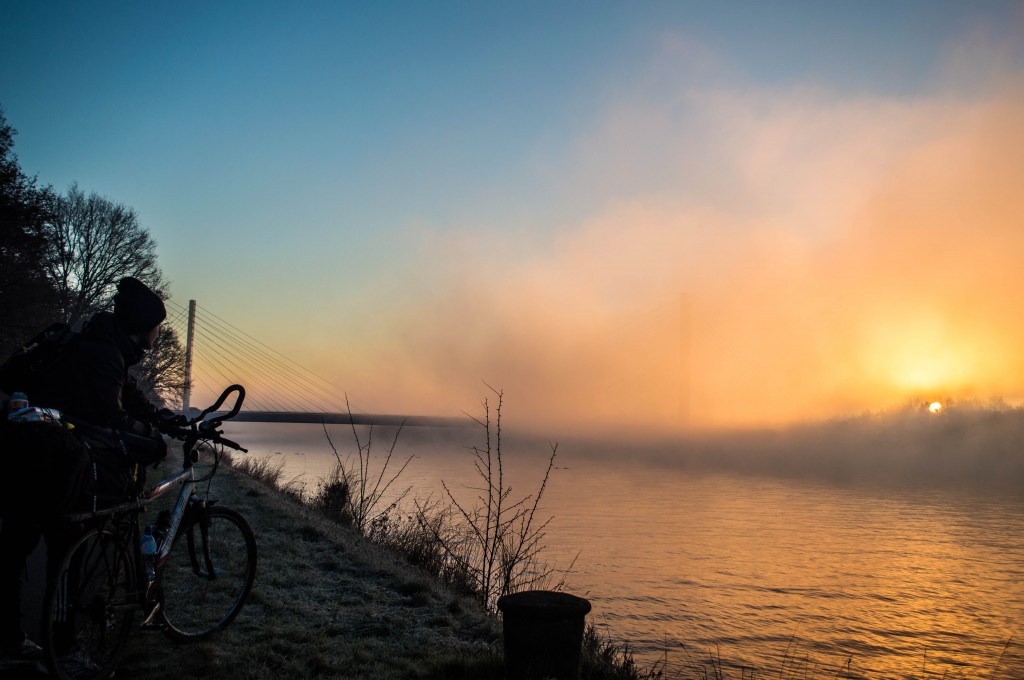 I wasn’t able to hit the city Spa within two days. This was mainly because I was not well prepared for the route. I lost the way twice during cycling and that cost me a lot of mileage and time. Hence, after the second day I decided to leave east instead of more south. I thrown away my urge for distance. It made the trip much more pleasant and relaxed. Still, the total distance was over 400 kilometers!

The lady in the next picture is not a packed world traveler, at first I thought she was. In Belgium the postmen look like this! 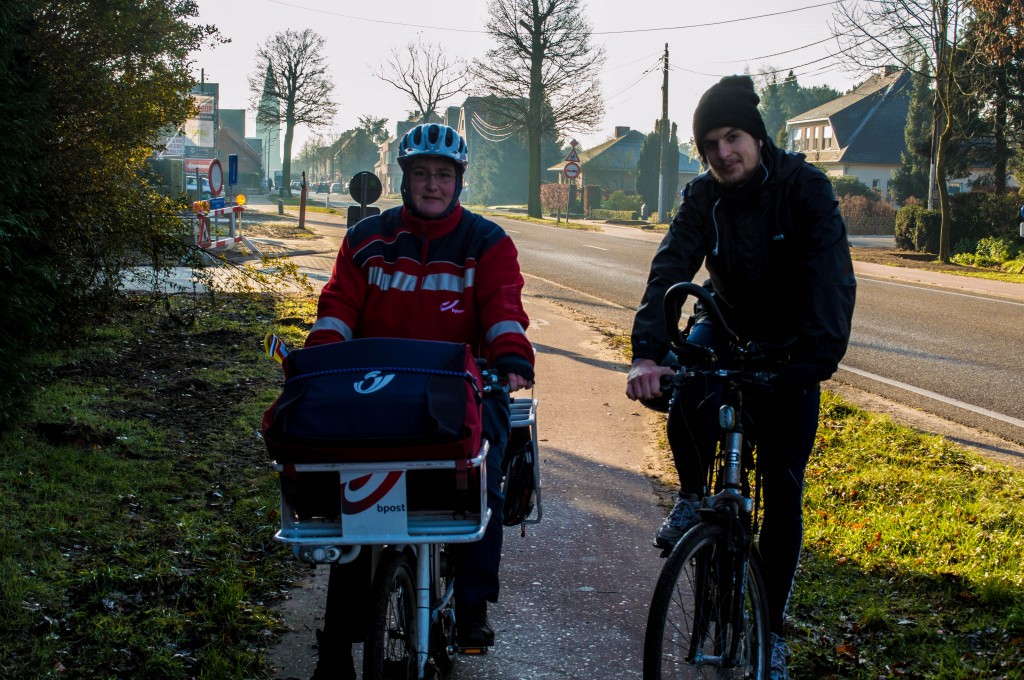 It tickles again, I want to leave again. My head is totally empty because of this trip. It let you forget about all the (un)reality what you are experiencing in daily life. No obligations, go where you want. By bike you’ll get there!

Here’s a little video about the trip…